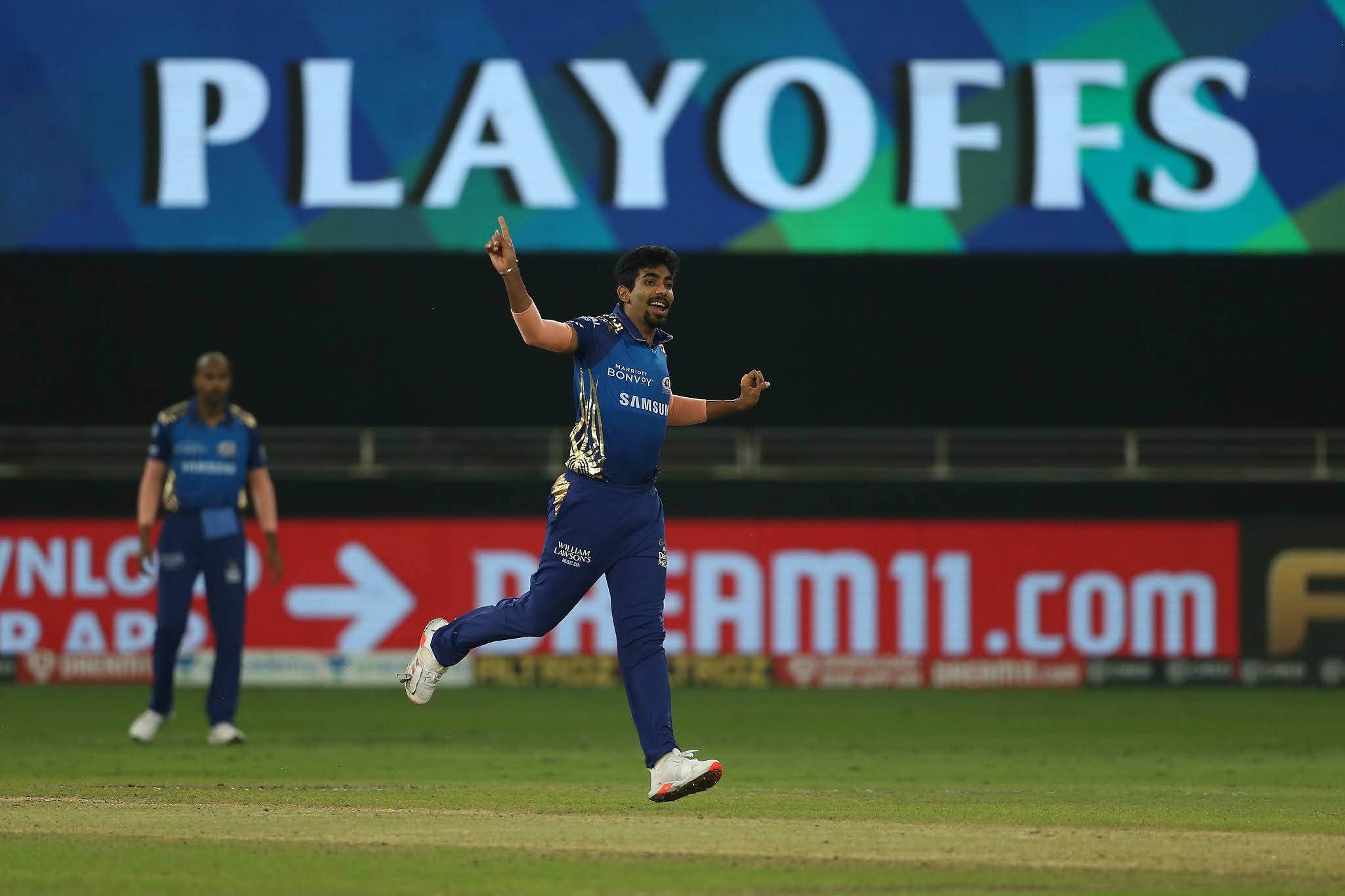 Coaches, commentators and observers have often remarked as to how a T20 contest is about 120 events. Every ball is an occasion to stamp one’s authority on where the game is going. There is very little breathing space. Perform or perish is the mantra.

As expected, Rohit Sharma’s Mumbai Indians had been clinical during the group stages of IPL 13. What is striking about their wins is how many time different players at critical stages of contests have made their presence felt.

As the Knockout stage commenced, on the other side of the ring was the 2nd placed Delhi Capitals, though their form had taken a nosedive in the last few weeks. Little did they have an inkling though, that Mumbai would beat the daylights out of them in the first Qualifier.

36 balls to start with is primarily to do with taking of the blocks. That remains the basic objective of most of the top-notch T20 sides in the world. Despite having lost their captain, Quinton de Kock and Surya Kumar Yadav unleashed an array of strokes on Delhi’s new-ball attack. While de Kock stayed a touch conservative in his boundary hitting methods, Surya “SKY” Yadav was nonchalant, dare one say, he was again sending a message to the selectors.

Two shots stand out in that knock of Mumbai’s number 3. They came off back to back deliveries in the 4th over of Anrich Nortje. One of the fastest bowlers in the world. It was the execution of the highest level and he admitted that taking on Nortje was special. They might have lost Rohit Sharma in the second over, and yet the defending champions had muscled their way through to 63 for 1 in the first 6 overs.

As the powerplay ended, Ricky Ponting appeared to be rattled. It looked like as if Mumbai’s top order had managed to get under the skin of the mighty Australian.

With five overs left to play, Delhi had done well to restrict Mumbai to 122 for 4 in 15 overs. Only 59 runs had come off the middle (9) overs. What followed over the next 5 overs was batting brutality!

One does expect that the likes of Daniel Sams and Marcus Stoinis will be taken to the cleaners in the back end of the innings. When one begins to take apart the likes of Kagiso Rabada and Anrich Nortje, as a bowling captain you will know that you have been thoroughly outplayed.

While Ishan Kishan had consistently carved the Delhi attack to different parts of the ground, Hardik Pandya lit the fuse in the last two overs. Five sixes over a span of 12 balls that too against two of the quickest in the business tells you a story.

It was risk-free hitting. Pandya was not dispatching them in anger. He wasn’t trying anything cute, he was waiting and the moment the bowler was erring in his plans. Delhi’s two strike bowlers were hammered for 38 in their last two overs. They went for 92 in their quota of 8 overs, the most they have conceded between themselves in an innings. 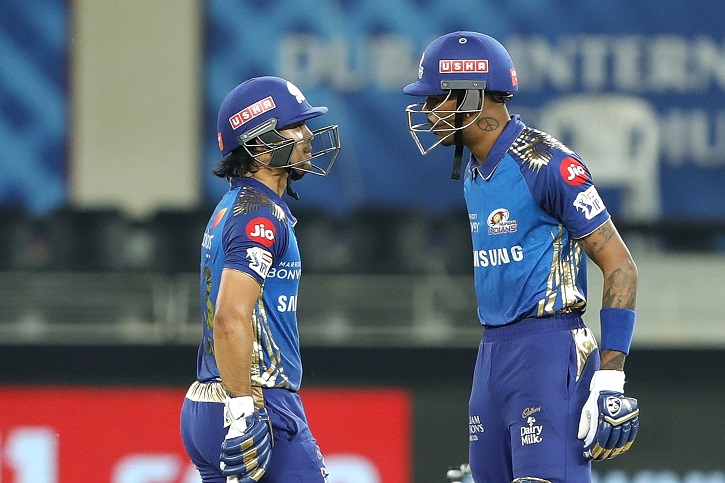 To go past 200, one needs a steady and brisk start. Trent Boult though had other plans. A shaky Prithvi Shaw was trapped with the ball that was angled away from the right-hander. One could sense Delhi’s pocket rocket was expecting the one to come in, but tonight it went the other way.

Boult had not bowled that vicious inswinger. When he did, it was curtains for Rahane. Ironically, Trent Boult had been traded by the Capitals to Mumbai before the 2020 season. 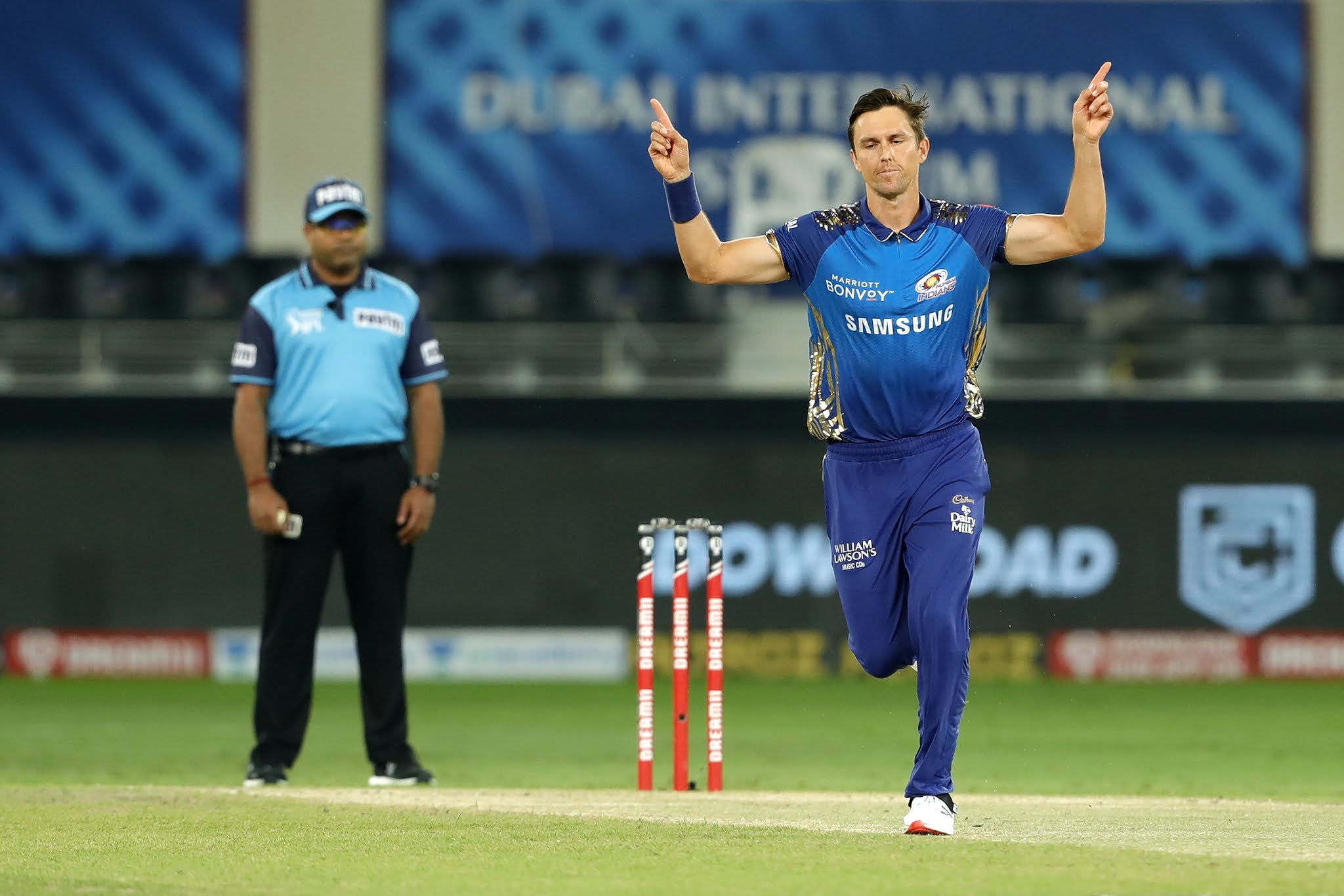 21 overs of relentless cricket by the Mumbai boys had brought the Capitals to the knees. They already had 4 heroes for the night in Kishan, Surya, Pandya and Boult. Now it was the turn of Jasprit Bumrah.

Before his 2 ducks in the back end of the league stage, Shikhar Dhawan had scored two back to back 100’s for the capitals. Now with that run chase in tatters, the onus was on him to get it back on track. His innings lasted just two balls. A searing yorker from Bumrah saw the left-hander lose his off stump. Eighth legal deliveries, Delhi had not scored a run and their top order was back in the hut. 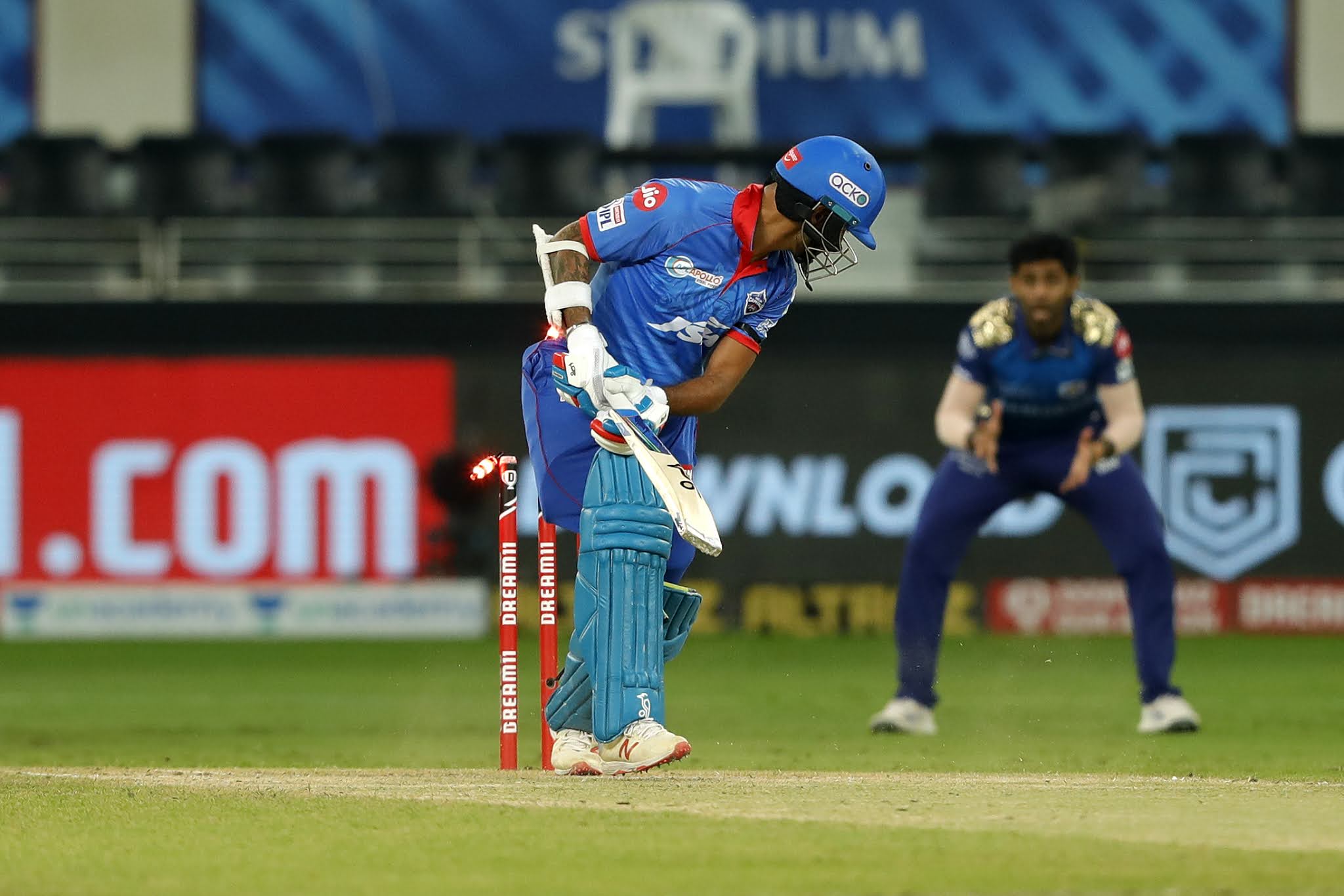 Mumbai await the winner of the Capitals and the Sunrisers in the final of the 13th edition of the IPL. In this form taking them will be no less than going past a tough obstacle course. The Boss Rohit Sharma (if he is fit!) will unleash his weapon of choice.