Mumbai Indians have reached the summit of sixes in IPL 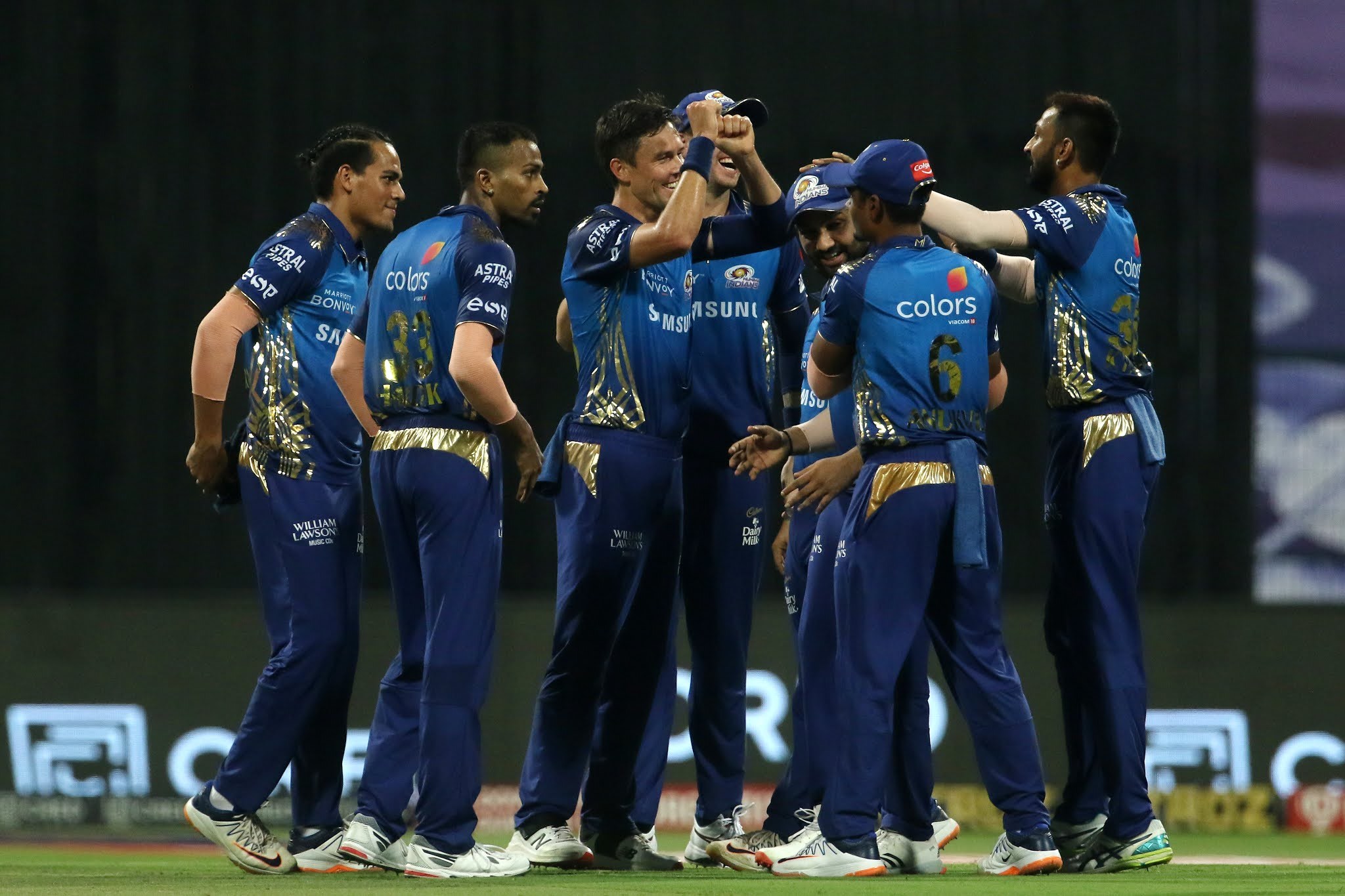 Mumbai Indians have reached the summit of sixes in IPL

It may have been a one-sided match in the favor of Mumbai Indians but the contest saw a number of noteworthy records. Here is a look at the statistical highlights from the 20th match of IPL 2020:

Mumbai Indians are almost on top of every record book of IPL and today, they added one more feather to their cap. With hard hitting players like Kieron Pollard, Rohit Sharma, the Pandya brothers and not to forget the older players like Sanath Jayasuriya, no wonder they have now hit the most sixes by a team in IPL. Previously, Royal Challengers Bangalore held the record with 1,152 sixes in IPL. Today, when Krunal Pandya clubbed a six off Rahul Tewatia, Mumbai went past the Bangalore’s tally to record most sixes in IPL. At the end of the innings, they added three more making it 1156 sixes in IPL. 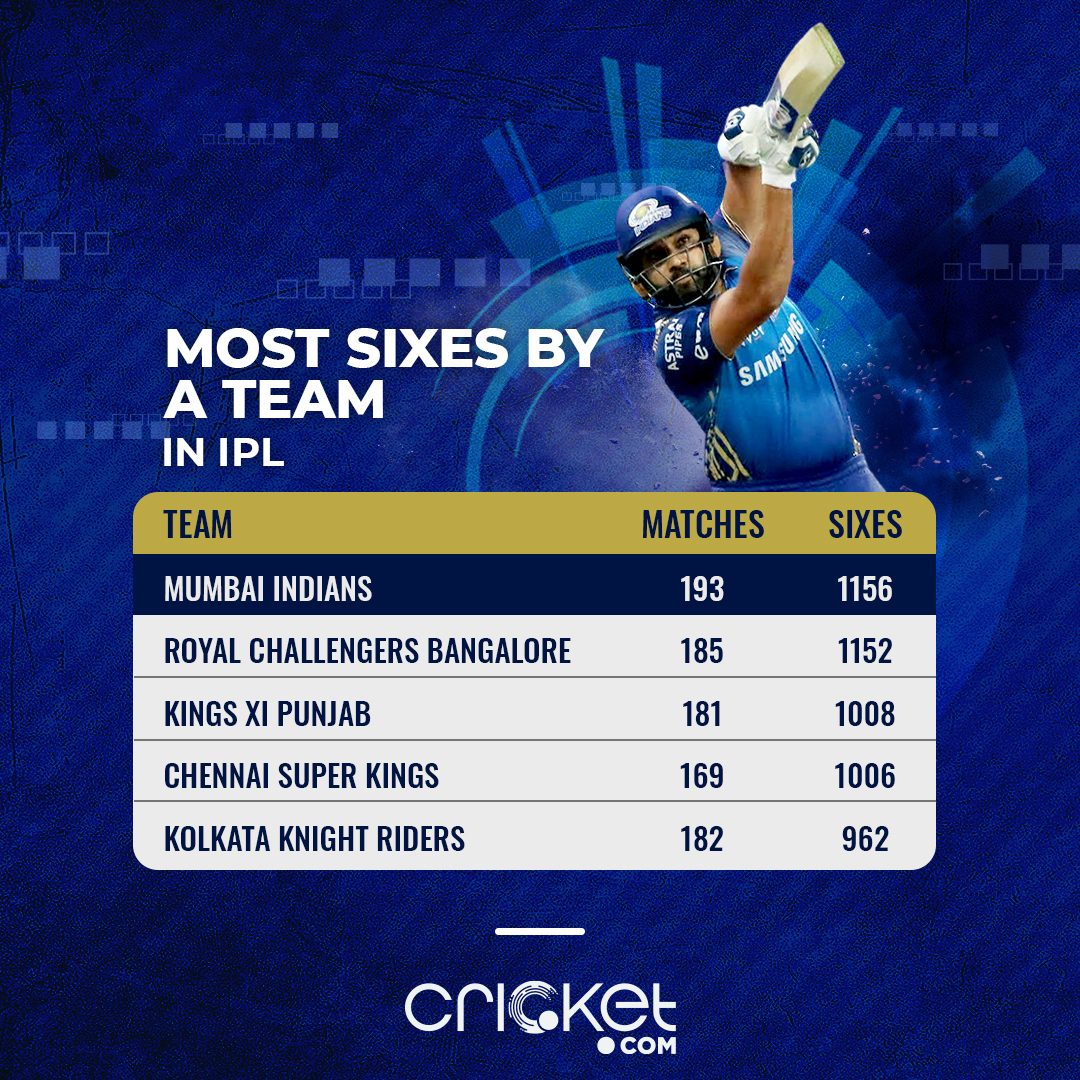 Jasprit Bumrah registers his first 4-for in IPL

The Mumbai Indians ace bowler has hit a purple patch in this IPL. The rustiness of not playing for a longtime was visible in Jasprit Bumrah’s bowling in the first three matches. However, as said by Fanny Ferns “A little oil makes machinery work easy”, it didn’t take too long for Bumrah to pounce back. In the last three matches, Bumrah has returns of 2/18 against Kings XI Punjab, 2/41 against Sunrisers Hyderabad and 4/20 against Rajasthan Royals. The spell of 4/20 against Rajasthan is Bumrah’s best IPL figures. Previously, against Kolkata Knight Riders in 2017 in Bengaluru, he recorded 3/7, which was his best.

Most consecutive 190+ totals by a team

Another chapter in the record books of IPL by Mumbai Indians. Firstly, they went past the tally of sixes in IPL, then ending their innings at 193/4, Mumbai became the first team to score five consecutive 190+ totals in IPL. Apart from their first match of the edition - against Chennai Super Kings - Mumbai have managed to post a 190+ in rest of their five games thus far. Starting with Kolkata Knight Riders in their second match (195/5), they scored 201/5 against Royal Challengers Bangalore in the third, 191/4 against Kings XI Punjab in the fourth, 208/5 against Sunrisers Hyderabad in the fifth and today, in their sixth match, they put on 193/4 against Rajasthan Royals. 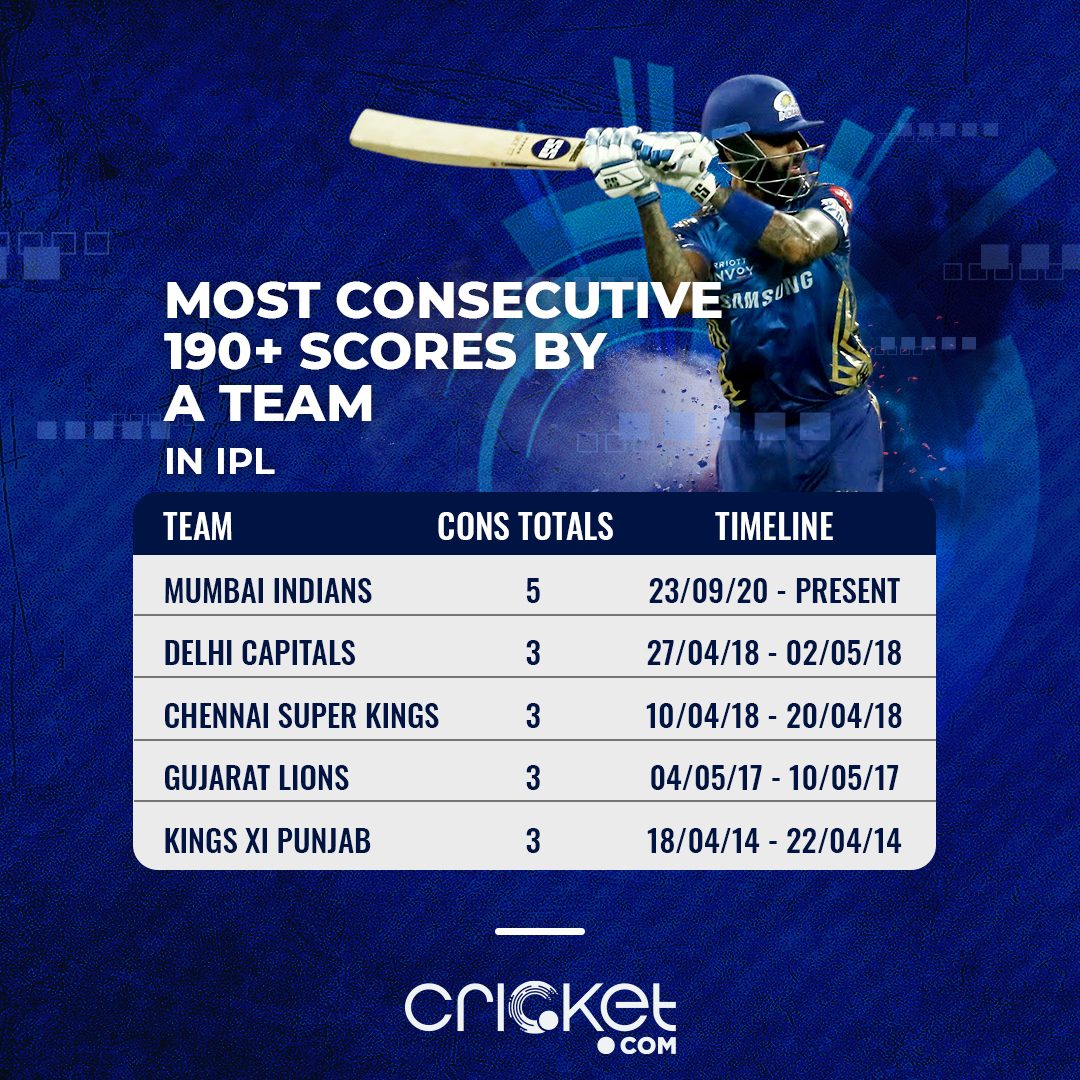 How can a team perform when their top batsmen are struggling to score runs? Steve Smith and Sanju Samson, the heroes of the two wins for Rajasthan Royals at Sharjah Cricket Stadium are struggling to find form in the other two venues. Smith and Samson had scored 119 and 159 runs in the two matches they played in Sharjah. Smith scored his runs at a strike rate of 160.8. On the other hand, Samson had bettered his skipper going at a strike rate of 214.9. However, in the three matches played outside Sharjah, Smith has scored only 14 runs while Samson has managed only 12. If Rajasthan are looking to bounce back, these two will need to pull up their socks.

Rajasthan Royals post their lowest Powerplay score of the season

Apart from the two games in Sharjah, Rajasthan have struggled to surpass the run rate of 7 in the Powerplay overs. In fact, their graph has seen a gradual decline. In their third match they posted 39/2 against Kolkata Knight Riders, 38/3 against Royal Challengers Bangalore in fourth and 31/3 against Mumbai Indians in their fifth match. The Powerplay score against Mumbai today, is their lowest of the season. This is also the second lowest score of the season by a team. Delhi Capitals’ 23/3 against Kings XI Punjab is the lowest.