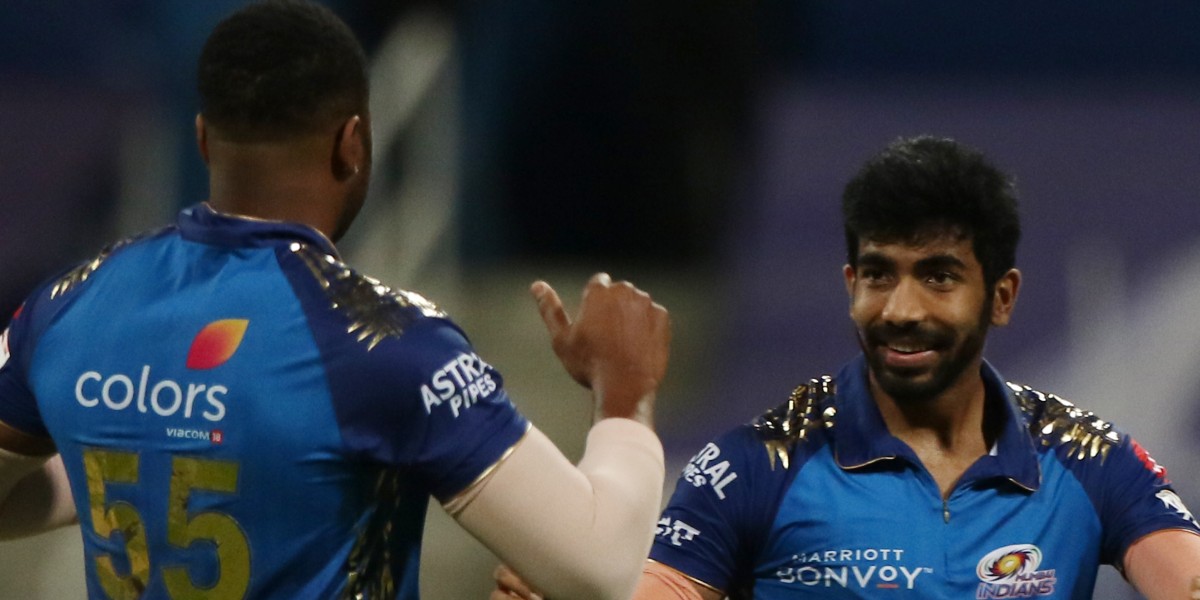 If there is one team that dominated the league-phase of the Indian Premier League 2020 it's Mumbai Indians. The four-time champions finished the group stage with 18 points and were the only franchise for whom the result of their last league-stage encounter didn't matter. The table-toppers will now take on Delhi Capitals in Qualifier 1 on Thursday (November 5), a team that they have already beaten twice in the last one month.

MI only lost five encounters in the group-stage, out of which two came via Super Overs. Apart from that, they lost to Chennai Super Kings in the tournament opener and were also defeated by Sunrisers Hyderabad on Tuesday in the final league-phase match in which they had rested some of their key players. The only other game they lost was against Rajasthan Royals in which they were blown away by Ben Stokes and Sanju Samson's brilliance.

Mumbai even lost their skipper Rohit Sharma for four games because of an injury but his absence made no difference whatsoever. They have the most balanced XI in this year's IPL and almost every single player is a proven match-winner. You don't even have to dig deep, just a glance through their squad and you will know why they will be going into the playoffs as the red-hot favourites.

Now, let's look at what have worked for Mumbai so far this season, and what haven't.

THERE'S NO STOPPING KISHAN AND SURYAKUMAR

Quinton de Kock (443) has scored the most number of runs for Mumbai this season and has been really impressive with the bat, but the MI team management would be more pleased with the way Suryakumar Yadav (410) and Ishan Kishan (428) have performed this season. Mumbai are the only franchise in which two uncapped players have scored more than 400 runs. The two have formed a solid trio with de Kock and at least one of them has fired in almost every single game. 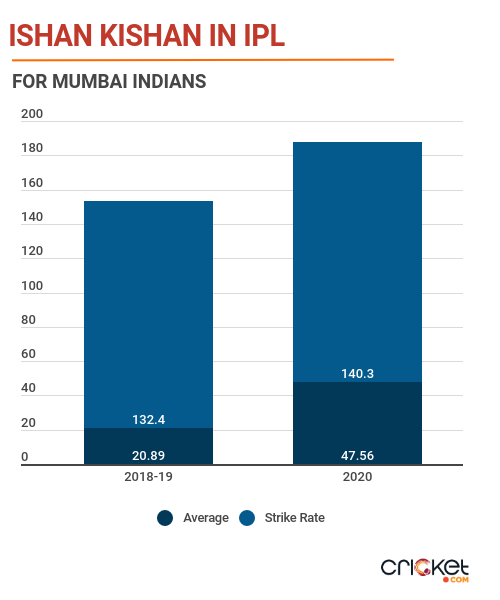 Let's talk about Suryakumar first. The right-hander on Tuesday became the first uncapped player to score more than 400 runs in three consecutive seasons. The No.3 batsman has an average of 41 and has scored runs at an outstanding strike rate of 150.18. The Mumbai batsman has been a consistent performer not just for his IPL franchise but also for his state side, but despite that, the 30-year-old wasn't picked up in India's T20I squad for the upcoming tour of Australia. Suryakumar for sure would have been disappointed but all he can do is let his bat do the talking and that's exactly what he was been doing.

Meanwhile, Kishan too is finally coming to his own and has forced everyone to sit up and take notice. The left-hander from Jharkhand is their second-highest run scorer and has contributed in almost every game. Kishan didn't play in the first two games but a niggle to Saurabh Tiwary got him a place in the XI in Mumbai's third game of the season... And, Kishan smashed 99 off 58 balls in his very first game and hasn't looked back since.

Mumbai got him in the 2018 auction for a whopping INR 6.2 crore but Kishan failed horribly and there were question marks raised over his work ethics. The 2019 edition was even worse but the franchise stuck with him and are now reaping dividends. The 22-year-old has scored three fifties in 11 innings and has also formed a fierce opening combination with de Kock in Rohit's absence. Kishan has batted with more maturity and Mumbai would want him to keep churning out the runs with the same hunger.

It's unfair to the opposition if a team has both Kieron Pollard and Hardik Pandya in their middle-order. When it comes to finishing games and wreaking havoc in the last few overs, there aren't many better than these two. The two have won Mumbai many games in the last few years and this season has been no different. Make no mistake, Mumbai have a solid top-order but the opponents are always more worried about these two. They are someone who can score 30-40 runs extra in the second half of the innings and that makes a huge difference. 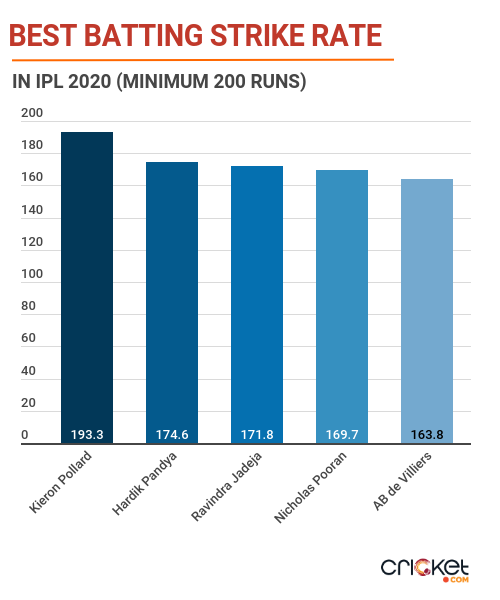 Hardik and Pollard are Mumbai's real game-changers and are the ones who could take the game away in the final few overs. In this edition, Mumbai (12.4) have the highest scoring-rate in the final five overs and it has largely to do with these two. Hardik and Pollard have scored a fifty each but have chipped in with those blistering cameos in almost every game. Pollard has a strike rate of 193.28 this season, while Hardik, who is just playing as a pure batsman, has scored his runs at 174.63.

AND, THERE IS BUMRAH TOO...

Jasprit Bumrah has simply been phenomenal in this year's IPL. The right-arm paceman looked rusty in the first few games but it didn't take him too long to get his rhythm back and since then the 26-year-old has been picking wickets for fun. Bumrah is currently the second-highest wicket-taker in the tournament, having picked up 23 wickets at a strike rate of 13.1 and an economy rate of just 6.96. He is only behind Kagiso Rabada (25) who has played one more match than him. 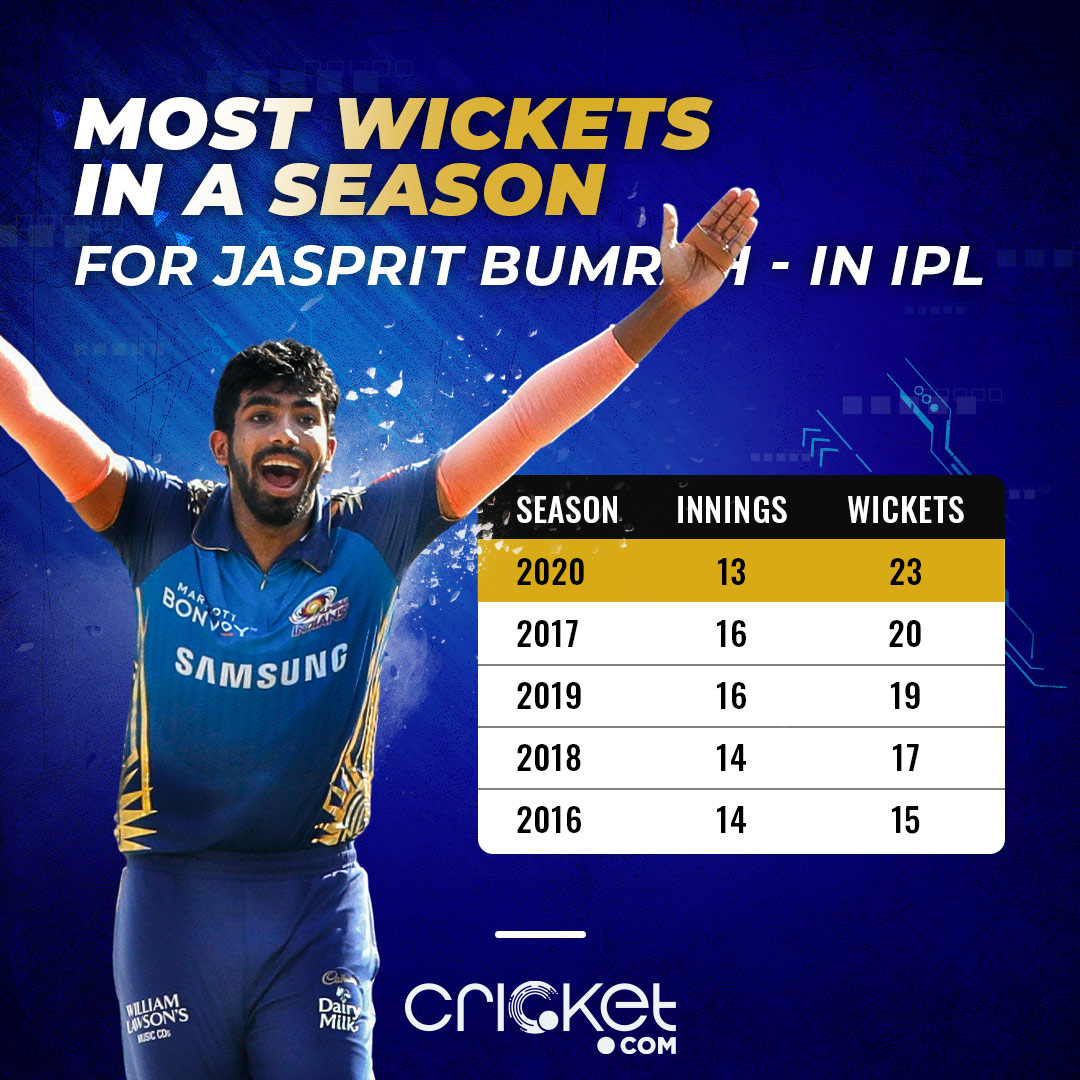 In every phase of the innings, Bumrah has more than five wickets this season. This has certainly been Bumrah’s best year in the IPL, especially in terms of wickets. He went past his tally of 20 wickets in 2017, which was his best, prior to this season. Mumbai rested him for the final league-stage encounter and the ace paceman will be fresh and eager to make a mark in the playoffs. Bumrah has found a world-class ally in Trent Boult who too has 20 wickets to his name in this edition.

Rahul Chahar too has been amongst wickets but Delhi could target someone like Krunal Pandya, James Pattinson and Nathan Coulter-Nile in the first Qualifier. Bumrah picked up three wickets when Mumbai last played Delhi and the team management would want him to come up with something similar in the playoffs.

TIME FOR ROHIT TO STEP UP

There has been a lot written about Rohit in the last few days after the ace opener wasn't included in India's squads for the upcoming tour of Australia due to injury concerns. The 33-year-old however courted controversy by turning up for Mumbai against Hyderabad. The right-hander could only manage 4 runs and that has generally been the case in this year's IPL. Rohit has only scored 264 runs in 10 innings and has looked far from his best. His strike rate - 126.92 - is also not great. There are some questions over his fitness but if Rohit does play in the playoffs, he would look to contribute more with the bat.