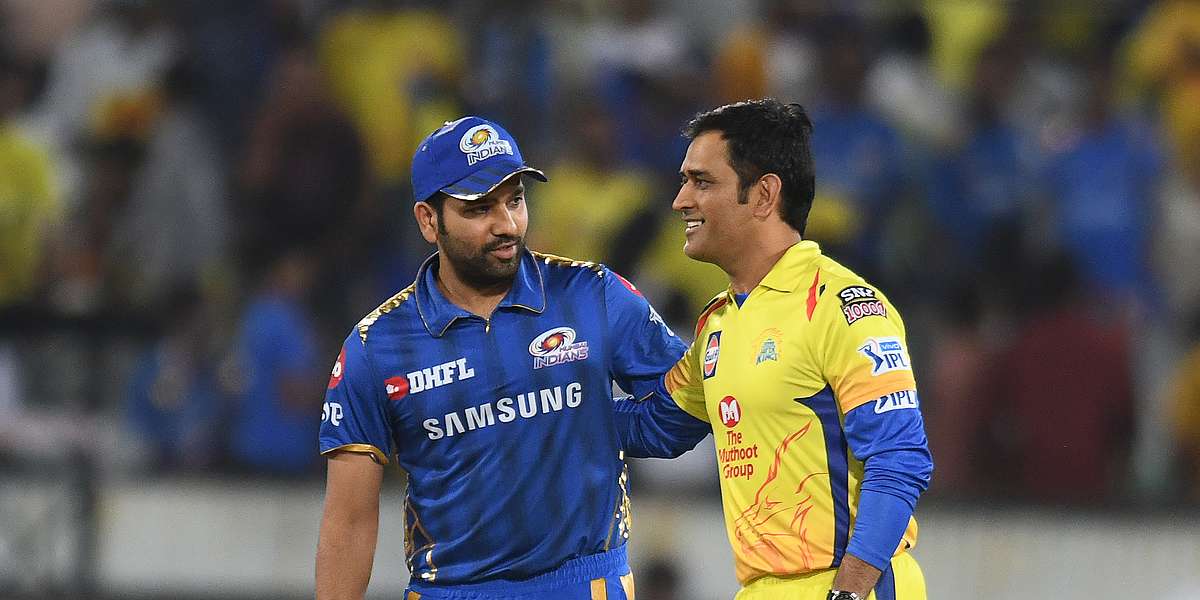 A long-lasting wait ends as the marquee Indian Premier League (IPL) finally kicks off. All matches will be held in the UAE and two fiercest rivals will lock horns in the curtain-raiser. The four-time champions Mumbai Indians (MI) will kick-off their title defence when they collide with the three-time winners Chennai Super Kings (CSK) at Abu Dhabi.

CSK do not have a record that would please them when facing MI in IPL. MI are the only team against whom CSK have a win% of less than 50. Since 2018 in IPL, they have won only once in 6 matches. That win came in the first match of the 2018 season. Last season they lost all four encounters against MI, including a nail-biting final by one run. 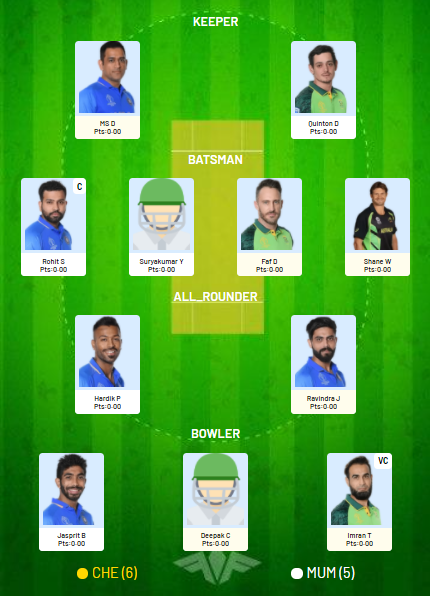 While you could go for the above team, you also have the option of choosing your own team from Cricket.com Fantasy Research Centre. Based on algorithms we've come up with six different teams that could fetch crucial points. 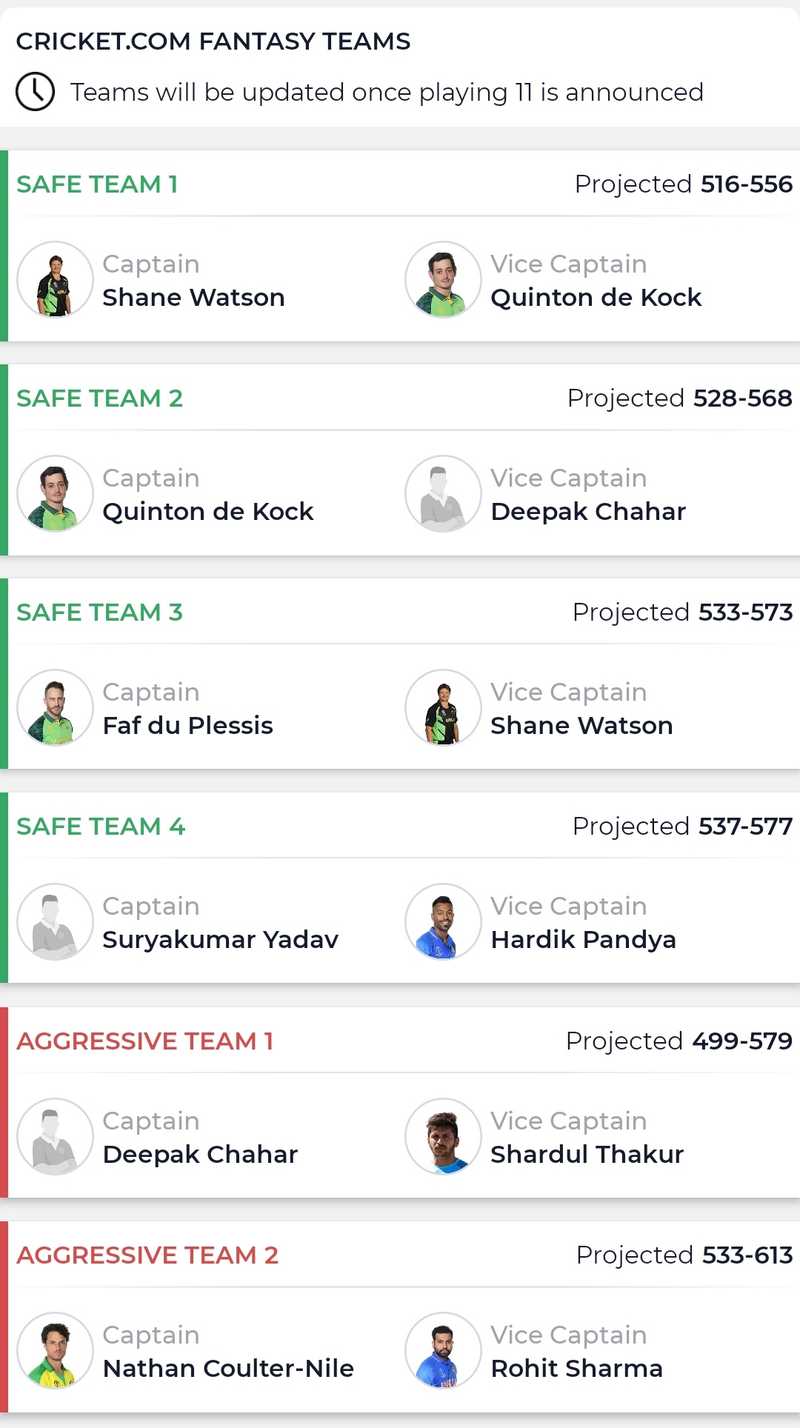 The bigger ground diameter and the slowness of the pitch has made it really difficult for the batsmen to get going at the Sheikh Zayed Stadium in T20s. Since 2018, on an average 148 runs have been scored in the first innings at this venue. Looking at all the high-scoring barriers being broken in recent times, the average first innings score is comparatively on the lower side.

Sixes are quite a common feature that is seen frequently flying into the stands, but here at the Sheikh Zayed Stadium, it is a rarity. At an average there have been only three sixes hit per innings and six per match since 2018 in T20s. This shows the scarcity of those big hits at this venue. The 6 sixes per match hit at the Sheikh Zayed Stadium is the joint second-lowest at a venue where at least 20 matches have been played. 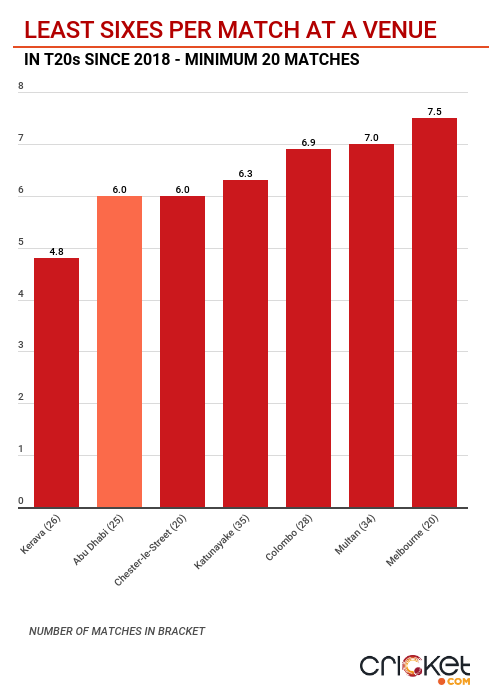 Both teams have contrasting bowling styles. MI are majorly reliant on their pacers, whereas, CSK are heavily dependent on their spinners. At the Sheikh Zayed Stadium, pacers have bagged the most percentage of wickets (59.6%) as compared to spinners (40.4%). But spinners have been economical. 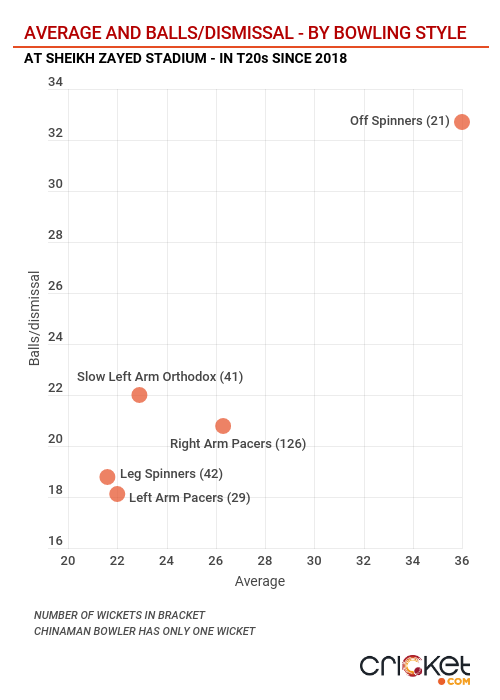 Mumbai are not short of allrounders. The Pandya brothers, Kieron Pollard comprise a few of the preferable allrounders. As for the bowlers, Jasprit Bumrah will be the leader of the pack. The likes of Nathan Coulter-Nile, James Pattinson, Trent Boult, Mitchell McClenaghan and Dhawal Kulkarni make the pack stronger. De Kock will be the preferred choice of wicketkeeper. The domestic talents of Suryakumar Yadav and Ishan Kishan is of great importance in the batting department.

Chennai, on the other hand, will probably go with five batsmen, two allrounders and a four-bowler strategy. Faf du Plessis is expected to fill in the shoes of Suresh Raina and bat at number 3. Imran Tahir, who had a sensational Caribbean Premier League 2020, will enjoy bowling in these conditions. Deepak Chahar and Shardul Thakur alongside Dwayne Bravo could be the first-choice pacers.

In the tiff between two of the best finishers, the young and raw talent of Bumrah pips old-timer Dhoni. Bumrah has had the better of Dhoni on three occasions in 11 T20 innings. 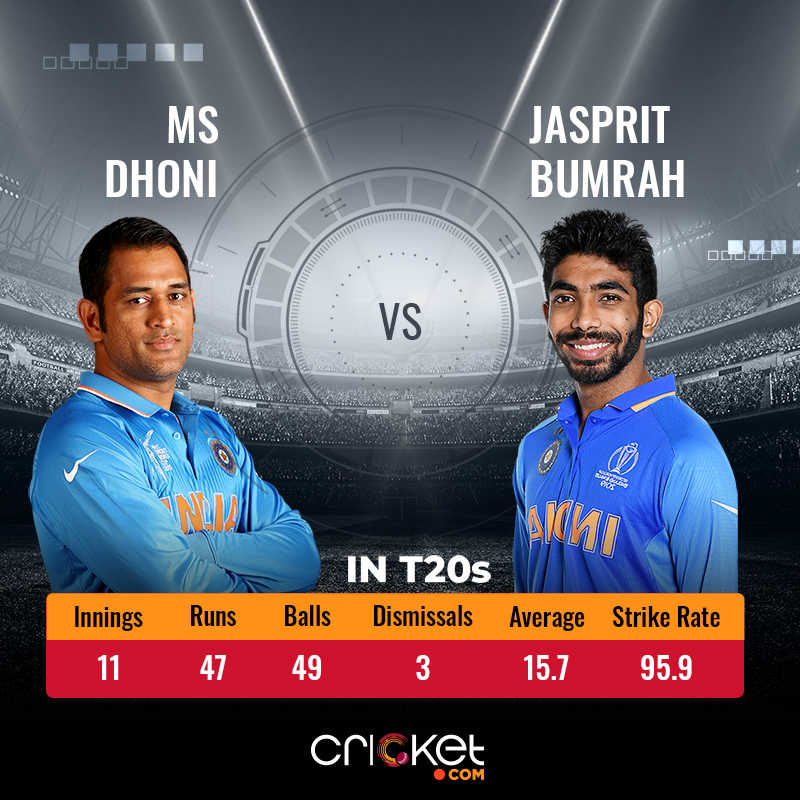 Rayudu has struggled against Krunal Pandya in T20s. In the three innings he has faced Krunal, Rayudu has got out twice and has scored at a below-par strike-rate. 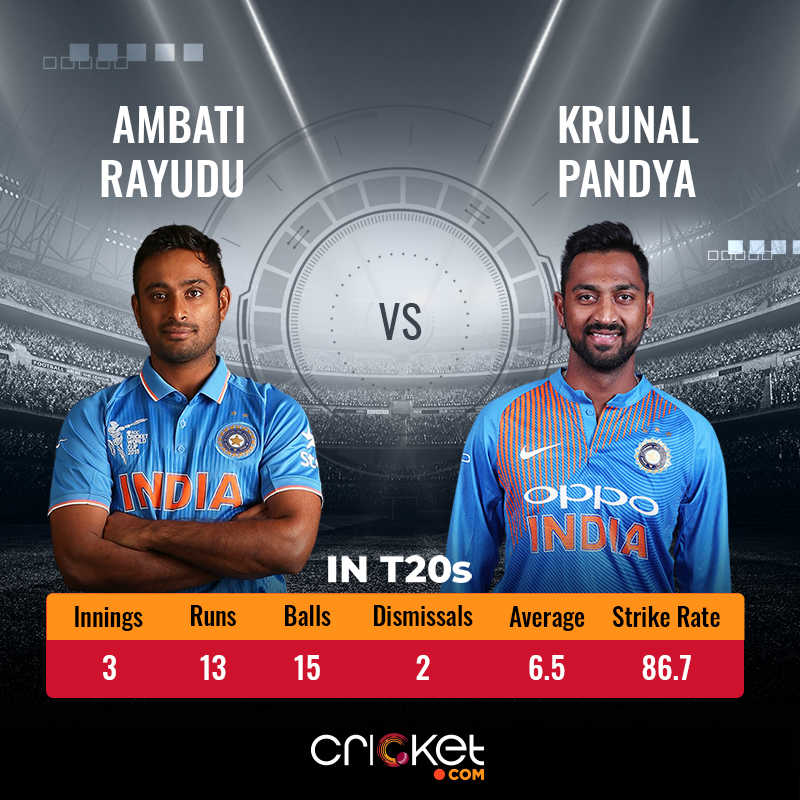 The Caribbean allrounder sure has his problems against Tahir in T20s. Tahir in 16 innings, has bagged Pollard four times at an average of 21.5. In any case, Pollard has managed to score at a healthy strike-rate. 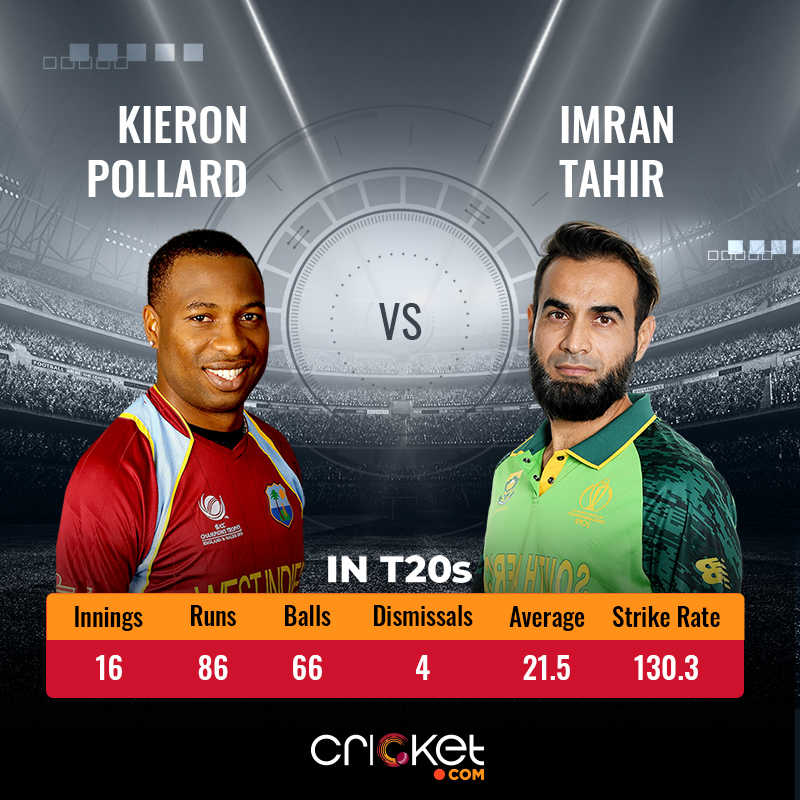 Rohit Sharma: The Mumbai skipper may not have had the best of IPLs in recent times, but, he isn’t someone who is going to have a prolonged lean patch. Majorly, his record against Chennai in IPL is what will lure him to be a top candidate to captain your fantasy team. 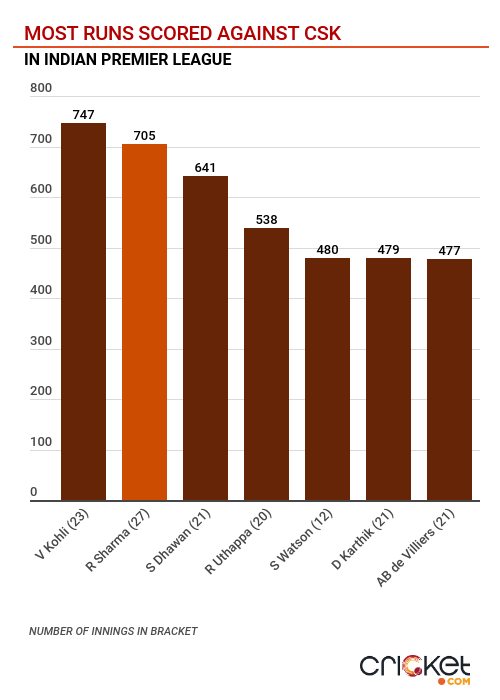 His 705 runs are the second-highest scored against the Chennai-based franchise in IPL. Those runs have come courtesy of seven 50+ scores, which is the most by a batsman against CSK.

Imran Tahir: At 41, Tahir is not satisfied with what he has achieved in the shortest format. On the back of 15 wickets in CPL 2020, Tahir is coming in with rich form. Since 2019, the star leggie has bagged over 100 wickets, which is the most by a bowler in the format. 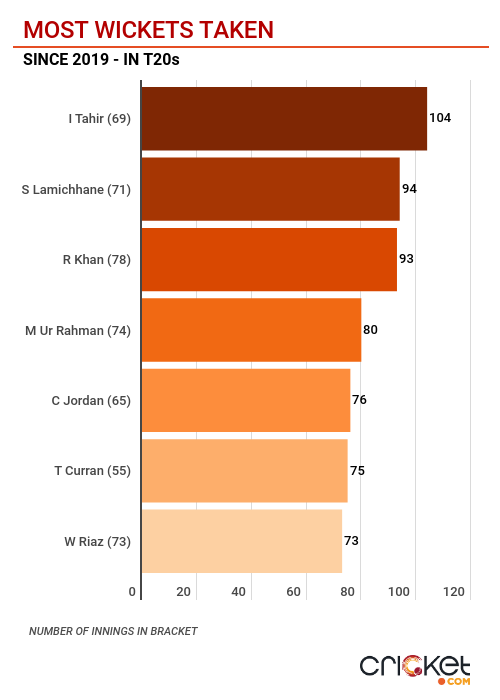 Since 2019, in all the T20 series in which he has played more than 5 matches, he has always ended up with 15 or more wickets. With such a record, he should be one of the first picks in your team.

Shane Watson: Watson has been a stallion for Chennai since their return in 2018. The Australian allrounder hasn’t been bowling a lot in recent times, but with the bat, he is scoring freely. Since 2018, Watson has scored 953 runs in IPL, which is the fifth-best and the most among the current CSK squad.

Suryakumar Yadav: The Mumbai-based batsman has been the best among the lot in IPL. Since 2018, Surya has scored 32.3 runs every innings, which means he is consistently among those players, who has given a lot of fantasy points. He has made 936 runs in this time-frame, the highest among the current MI squad. The uncapped Indian star is a certain X-factor.