An interesting chase was gaining momentum at Chepauk with Kings XI Punjab well placed at 115 for two in a chase of 161.

Unheralded Kiwi Scott Kuggeleijn had gone for 27 in his first two overs but Mahendra Singh Dhoni kept his faith in the pacer and he came good dismissing the well-set KL Rahul.

Deepak Chahar was having an off day and the nightmare continued as he begun the penultimate over with two no balls. Dhoni, usually a calm presence on the field, stormed up to the bowler and had an animated conversation – what Dhoni later descried as a headmaster-pupil talk.

Whatever he said worked and Chahar sent in precise Yorkers to put his side in a position from where they couldn’t lose. CSK edging Punjab by 22 runs eventually.

Sunday was no different as Harbhajan Singh was carted to all parts of Mohali by Rahul. The veteran has been a revelation at Chennai but used sparingly on CSK’s travels, playing only two away games.

Conceding 41 from two overs would have prompted any captain not to hand him the ball for the remainder of the game but that’s where Dhoni differs. With a crucial Qualifier on the horizon, Dhoni opted to give Harbhajan a third and he repaired his morale to an extent with the wickets of Rahul and Chris Gayle in the same over.

Instances such as this have formed the crux of Chennai Super Kings’ season. A mediocre and ageing team at best, has been found wanting on numerous occasions but it is the talisman Dhoni who has dug them out of a hole prolifically.

The enormity of his aura in winning causes is laid bare by the fact that CSK only two of their five loses have come when Dhoni has been in the squad.

It is largely Dhoni’s brilliant mental acumen and accurate reading of the game on which CSK have sailed into the Playoffs.

Shane Watson and Ambati Rayudu were prolific at the top of the order in 2018, both reduced to a mere shadow of their old selves this time around.

While Faf du Plessis has churned out good knocks, CSK’s inability to get a solid opening partnership has put pressure on a misfiring middle order, eventually laying the entire burden on their skipper. 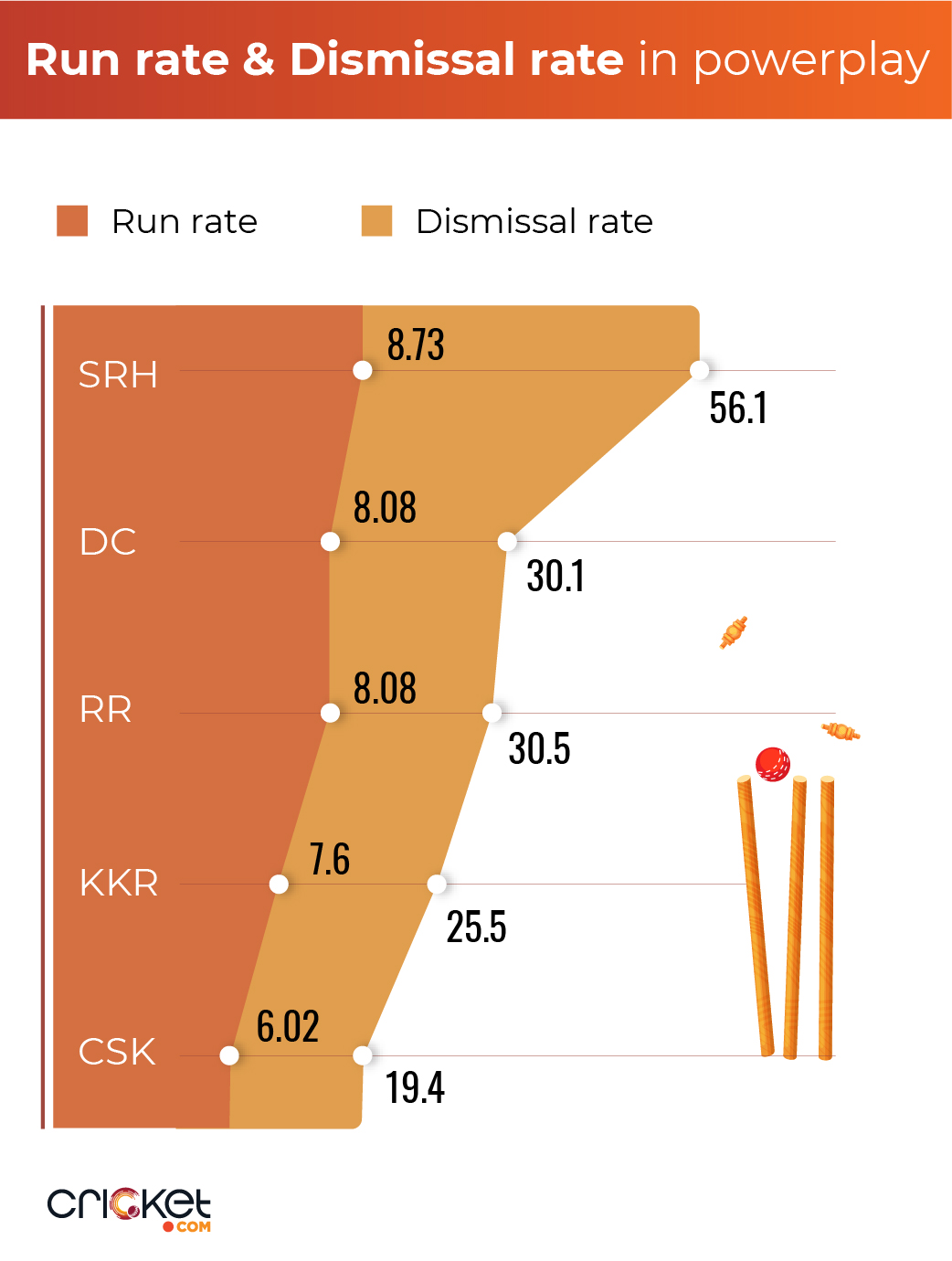 Watson has been a major contributor to the numbers as he has the ignominy of being the batsman with the highest dot ball percentage in the league. A poor run-rate (6.77 RPO, worst in the league) through the middle phase as well is largely thanks to Rayudu and Kedar Jadhav, who are unable to rotate strike and play dots at a percentage of 45.4 and 51.4 respectively. 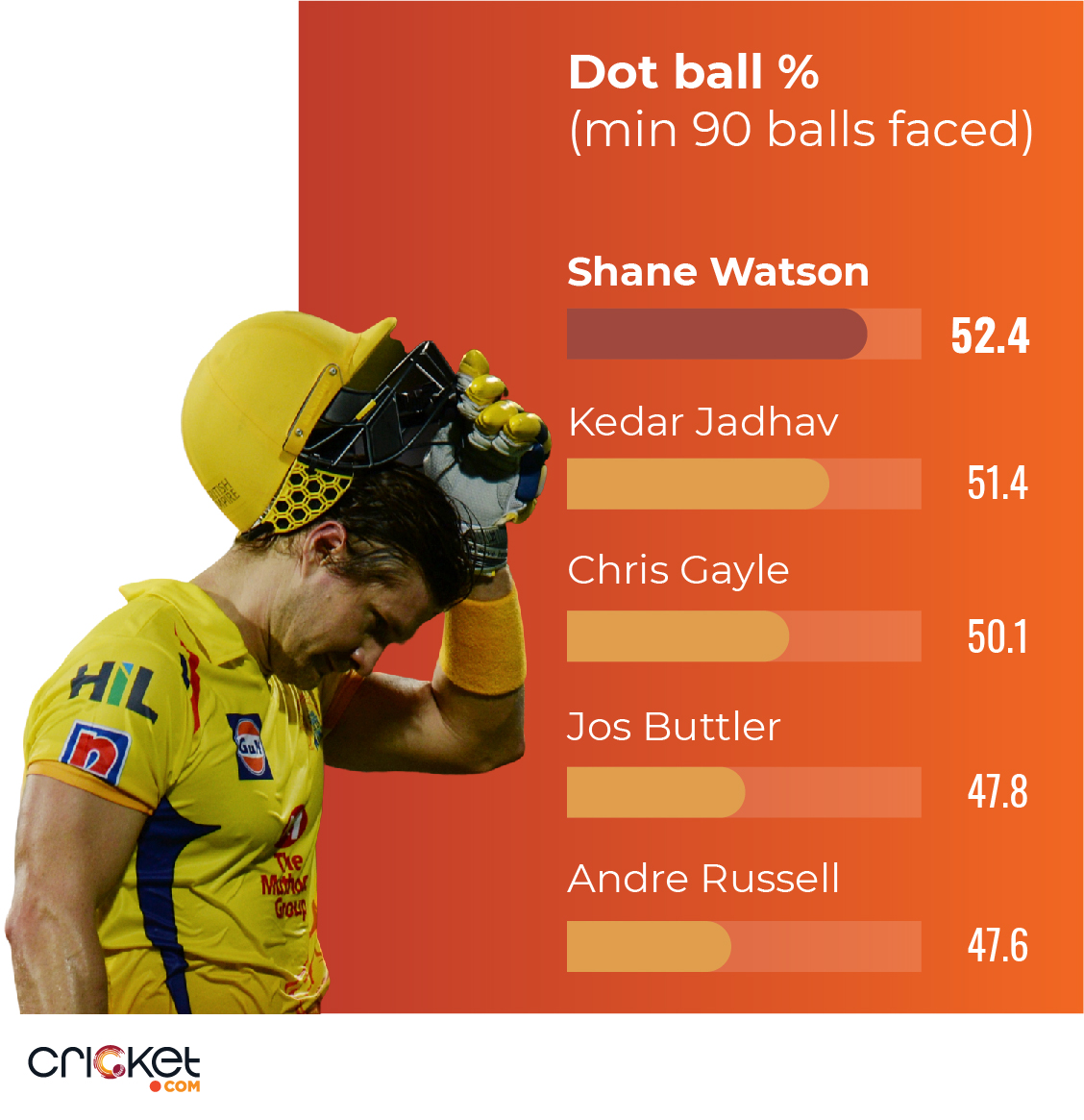 After the loss to Kings XI Punjab in their final league game on Sunday, CSK coach Stephen Fleming divulged that the side had one eye on the permutations and combinations required to seal a top-two spot.

The advantage will be that the first qualifier will be in CSK’s backyard though Mumbai Indians will be no pushovers having won the previous encounter here by 46 runs. In addition, Mumbai have won the last four clashes between these two teams at the MA Chidambaram Stadium.

It is quite surprising that Mumbai don’t have the best economy at the death but they do happen to deliver maximum dot balls during the same phase. CSK are second on the list but playing on a slow pitch with low scores in Chennai lends a helping hand to that stat. 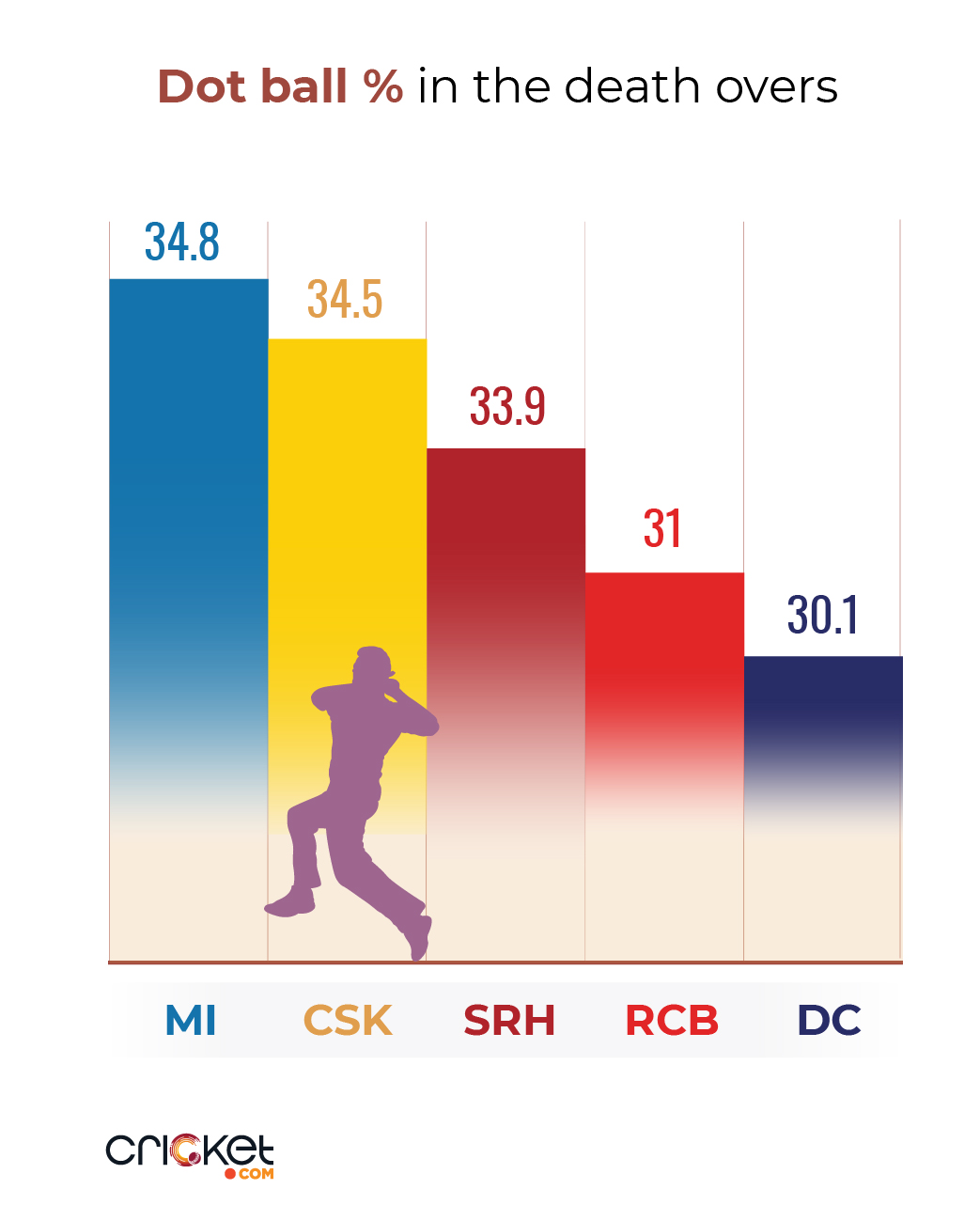 A looming threat for CSK will be the big-hitting Hardik Pandya. The India all-rounder has accumulated 380 runs at a strike rate of 198.95, giving Mumbai an X-factor.

Hardik has not spared a single bowling technique, his least strike-rate coming against spinners that take it away from him. With Dhoni not shy of employing Imran Tahir at the death, with the leggie going at just 8.32 runs per over. It is definitely worth employing this tactic to negate the hard-hitting Hardik. 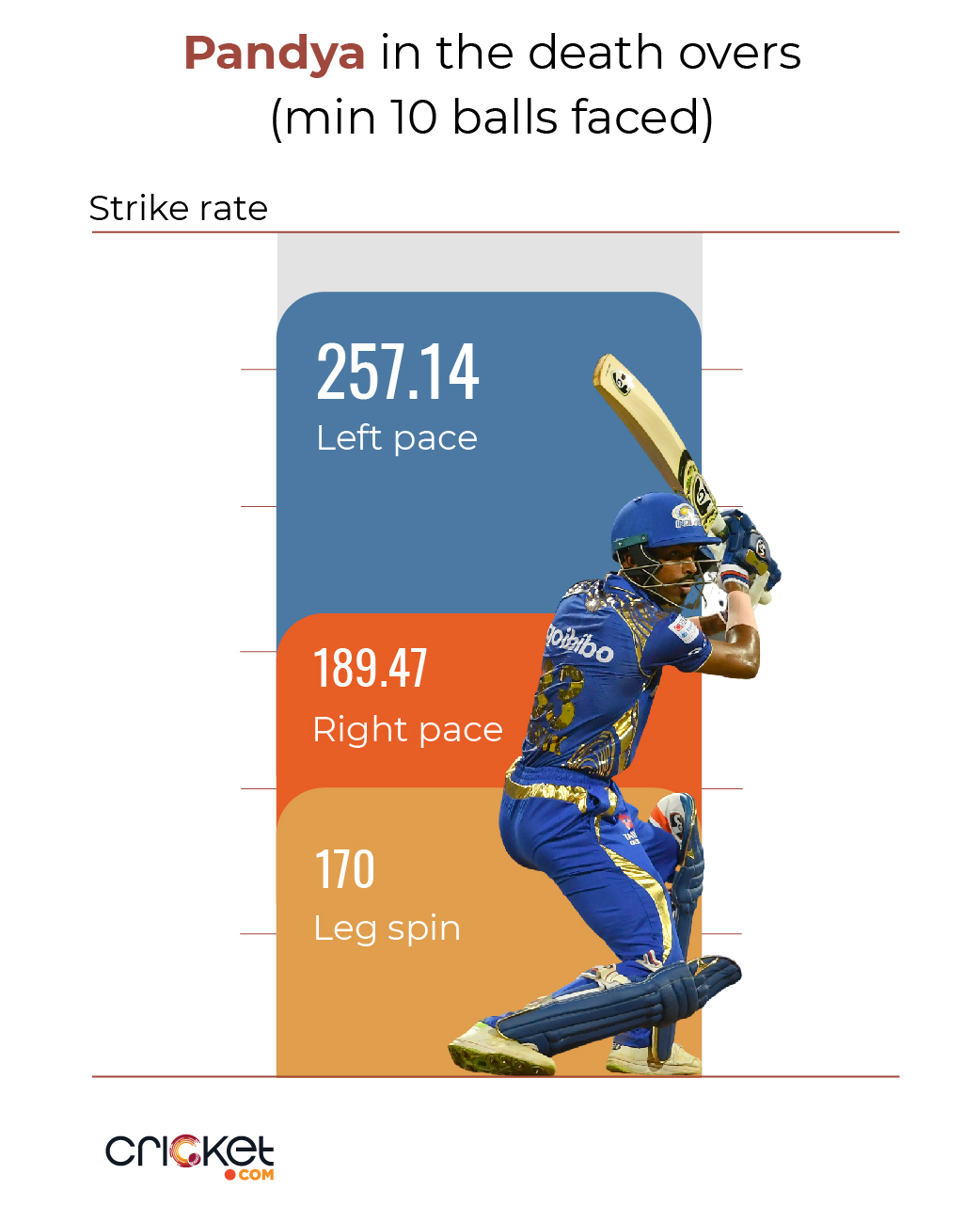 Fleming had spoken about his side are slowly feeling fatigued, but can they find a little gas in the tank to get them another title? Or will be it the well-oiled Mumbai outfit that will steamroller CSK again this season in front of a sea of yellow? 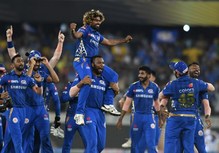