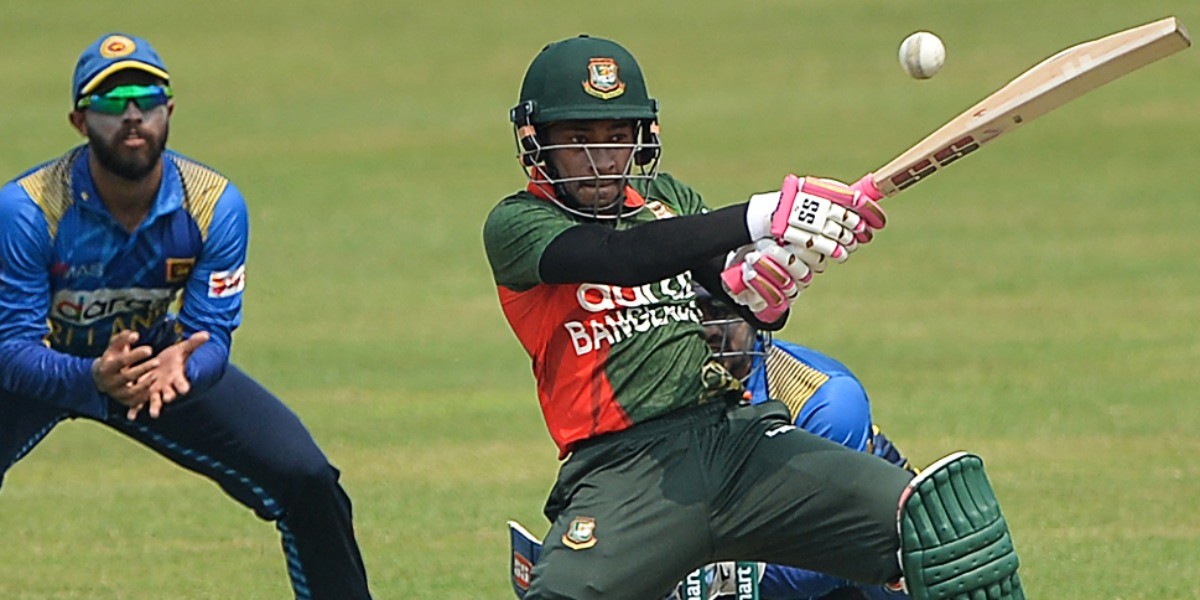 Bangladesh sealed their maiden ODI series win against Sri Lanka with a crushing 103-run victory over Sri Lanka (D/L method) in the second match on Tuesday at the Shere Bangla Stadium. In-form batsman Mushfiqur Rahim scored a superb 125 as the hosts set a target of 247 which proved too much for an inexperienced Lanka batting line-up in a rain-hit match.

The win also lifted Bangladesh to the top of the ICC Cricket World Cup Super League with 50 points from eight matches. Meanwhile, Sri Lanka are at the bottom of the 12-team table on negative points (-2) after losing all five matches.

Bangladesh skipper Tamim Iqbal made a blistering start after electing to bat, hitting three boundaries off Isuru Udana’s first over. However, Dushmantha Chameera struck twice in the next over trapping Tamim off the first ball and then dismissing Shakib al Hasan for a duck. First ODI’s top-scorer Rahim along with Liton Das tried to steady the ship by batting patiently before Das was dismissed by Lakshan Sandakan in the 12th over.

Sandakan dismissed Mosaddek Hossain cheaply and thus Rahim was joined by Mahmudullah at the crease. The duo, who put up a crucial partnership of 109 in the first ODI, were once again stubborn in their approach and took control of the situation by adding 87 runs in 107 balls.

Rahim reached his 41st ODI fifty in the process before Mahmudullah was caught behind by Kusal Perera after attempting a paddle sweep of Sandakan. Afif Hossain and Mehidy Hasan Miraz departed quickly as Bangladesh went from 160/5 to 184/7.

Despite running out of partners, Rahim’s calculated approach held Bangladesh’s innings together. The 34-year old remained stuck in the 90s as rain interrupted twice. With some assistance from Mohammad Saifuddin, he completed his eighth ODI hundred off 114 balls. The right-hander accelerated after reaching the three-figure mark as Saifuddin was hit on the helmet by Udana’s bouncer before he was run-out.

Rahim departed as the last wicket in the 49th over after a valiant knock of 125 as Sri Lanka were set a target of 247.

Pacer Taskin Ahmed, who was replaced by debutant Shoriful Islam for the game, became the first concussion substitute in men’s ODI cricket when he replaced Saifuddin for the second innings. Lankan openers Kusal Perera and Danushka Gunathilaka looked comfortable in the powerplay, but an error in judgement cost Perera his wicket as he was caught by Iqbal in Islam’s fifth over. His teammates committed similar mistakes as the visitors were reduced to 89/5 by the end of the 25th over.

Shakib claimed the wickets of Pathum Nissanka and Dhananjaya De Silva as he went level with Mashrafe Mortaza’s tally of 269 wickets, the most for Bangladesh in ODIs.

Lanka’s remaining batsmen were unable to mount a resistance as Mustafizur and Mehidy Hasan Miraz ran through the lower-middle order and tail.

Rain interrupted play for the third time after 38 overs were bowled in the second innings with Bangladesh one wicket away from victory. On resumption, Sri Lanka were set an impossible equation of 119 runs from 12 balls by the D/L method as they finished 141/9 in 40 overs.

Both teams will return to the national stadium in Mirpur for the final and third ODI on Friday.