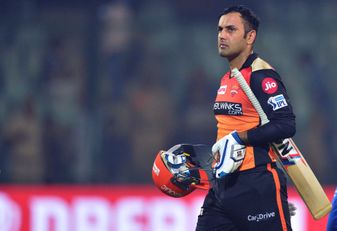 Mohammad Nabi has been in excellent form for SRH lately.

Sunrisers Hyderabad (SRH) defeated Delhi Capitals by five wickets in the 12th edition of the Indian Premier League (IPL) at the Feroz Shah Kotla stadium in Delhi on Thursday. Post match, SRH all-rounder Mohammad Nabi addressed the media. Nabi said, “Nothing different we played. Different was just the conditions and absorb that condition quickly as possible.” He also said, “We are playing together for last three years so the combination was made naturally. Whenever we get a chance to play the match, we give our 110% and we do get succeed. I feel the need to read the batsman. It is necessary to understand and judge the batsman and the experience comes with time.” As a result of this win, Hyderabad has now won three out of their four matches whereas Delhi has lost three out of their five matches.

The SRH all-rounder has picked up six wickets from his two matches in IPL 2019 so far, including best figures of 4 for 11 against Royal Challengers Bangalore (RCB). SRH take on Mumbai Indians (MI) on Saturday at Hyderabad.