Need to be ultra-aggressive, ultra-positive from hereon: Finch 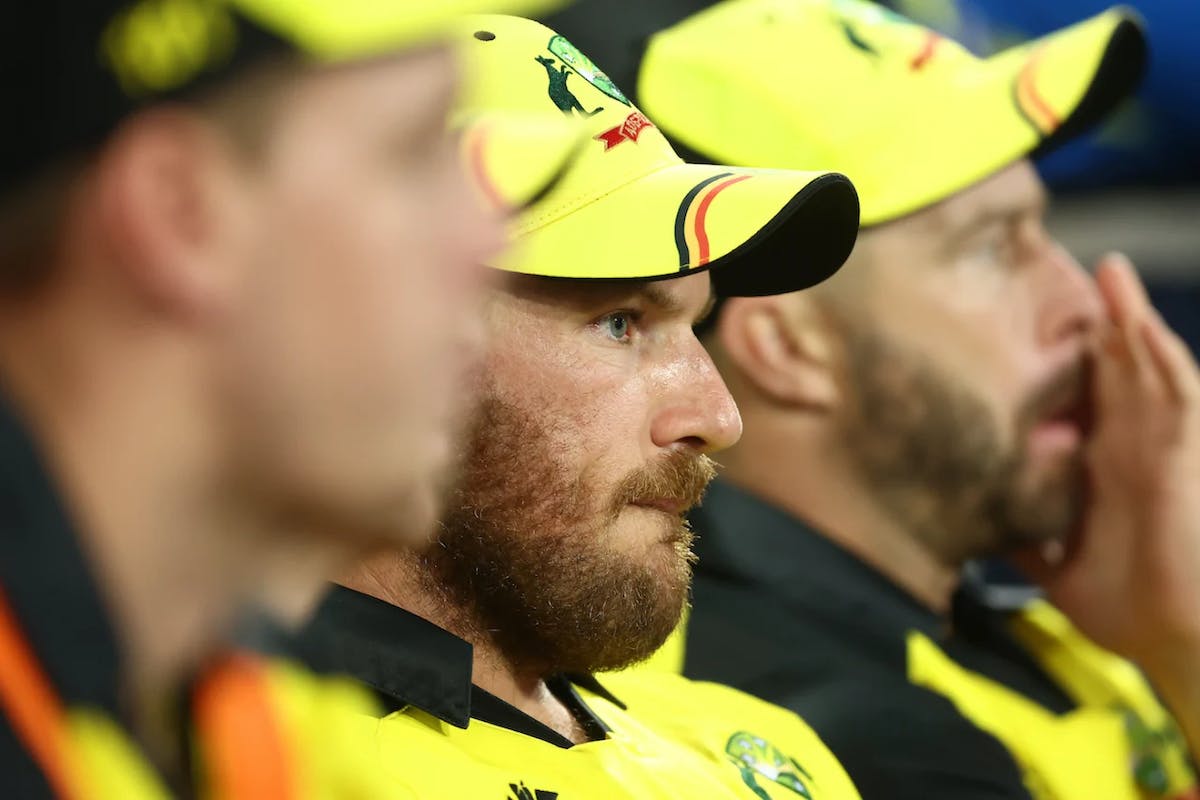 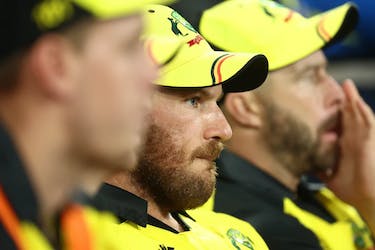 Need to be ultra-aggressive, ultra-positive from hereon: Finch

Australia skipper Aaron Finch said his team has no other option but to be ultra-positive and ultra-aggressive in the remainder of the T20 World Cup after they suffered a massive defeat against their arch-rivals New Zealand in Sydney on Saturday.

In defense of their title, Australia were blown away by New Zealand after being bowled out for 111 in their tall chase of 201. For the Black Caps, this was their first win against their trans-Tasman rivals in Australia in any format since December 2011.

"It's a heavy loss and it hurts our chances, no doubt. We can't dwell on that. We can't change it. All we can do is concentrate on the next game and prepare really well for that against Sri Lanka and see how we go," Finch said at the post-match media interaction.

Australia next face Sri Lanka at Perth on Tuesday and Finch urged the players to bounce back hard. "We've taken the fate out of our own hands, I think to a point. We need to be ultra-positive, ultra-aggressive, and I'm sure that we'll all do that," he said.

"You can't go into a shell in T20 cricket. You have to be able to transfer pressure back on the opposition as quick as you can, and at times that comes with risk. So you have to be prepared to wear the consequences of taking risks at times.

"We haven't got it totally right. We've got to look at ourselves in that regard. But, yeah, I'm still committed to playing the same way that won us the last World Cup and has given us a bit of a setback here."

Chasing 201, Australia got off to a jittery start after an unlucky dismissal of David Warner, and the middle-order also collapsed against a disciplined Kiwi attack. Finch said the onus is on the top-order for providing a solid foundation.

"With the middle-order, the big thing is as a top order we've got to do our job to be able to provide a foundation for them to be able to play in a way that expresses -- well, it best suits them, and they can express themselves that way.

"If we go out into the second power play one down, then I think that that makes it easy because the field's out, they can settle into the game. If we're up on the run rate, then there's not as much pressure on them.

"Lately we've probably been leaving a little bit too much in the later and middle order."

Crediting Finn Allen for providing New Zealand an explosive start, Finch said: "He was fantastic. He came at us hard and took us on. We knew that he was going to do that. We planned really well, and he just got off to a flow.

"As a batsman, once you get ahead of an opposition and you get ahead of the game, the game can start to slow down for you and you can start dictating a bit. That's what happened today. He got off to a flier and put us on the back foot."