‘Never experienced something like that’ - Sean Williams on no-ball drama 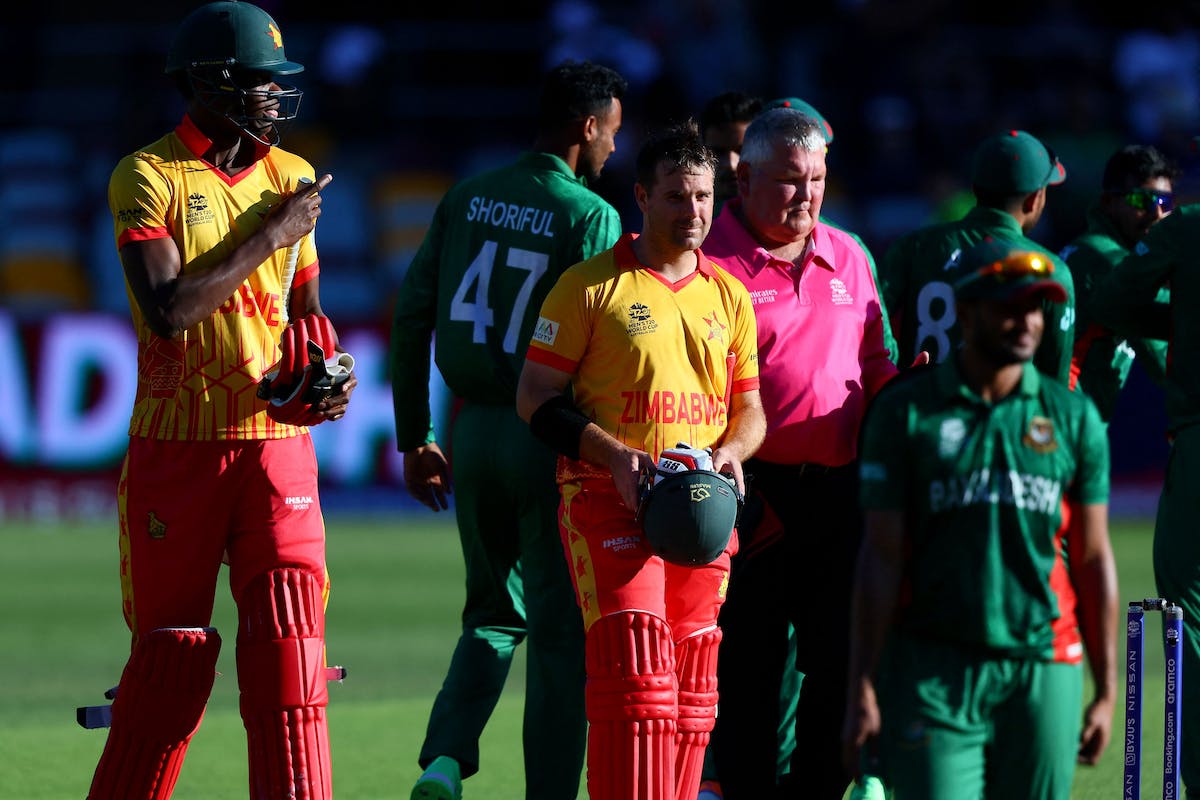 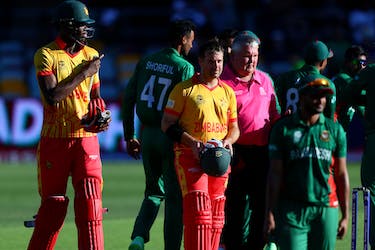 ‘Never experienced something like that’ - Sean Williams on no-ball drama

Williams, who watched all the drama from the dug-out, described the manic five-minutes as a one-of-a-kind instance on a cricket field

Extremely weird — this is what Zimbabwe’s Sean Williams had to say about the bizarre happenings towards the end of the Bangladesh clash, where the players, after shaking hands and walking off, had to return to the field to replay the final ball.

When Nurul Hasan stumped Blessing Muzarabani, the entirety of Gabba — the players included — was of the opinion that the game was done and dusted. The stumps were uprooted, the players shook hands and were headed to the dressing room. However, after all the formalities had been completed, a belated third umpire review discovered that the keeper had in fact collected the ball in front of the stumps, making the delivery a no-ball.

The dramatic decision gave Zimbabwe a glimmer of hope, but to Bangladesh’s relief, the result did not change: Muzarabani played and missed once again, and this time, the game was done for good.

Williams, who watched all the drama from the dug-out, described the manic five-minutes as a one-of-a-kind instance on a cricket field.

“It was extremely weird. Obviously I've never experienced something like that in a cricket match before, but again, it just goes to show in a T20 game, there's always a little bit of hope; anything can happen,” Williams said.

“The first time I realised that there was a no-ball was actually when we were walking out to shake the umpire's hands, and they told us to stop and the replay came on the big screen, and then we all noticed that it was a no-ball. Very interesting times that.”

Bangladesh’s Najmul Shanto, who struck a career-best 71 on the day, described the experience as a totally new one.

“Yeah, it's a totally new experience for us, but we know that we can do well, so Mossadek bowled very well in this pressure situation. Honestly, it was a little nervous, but we believed we can do it,” Shanto said.

After losing half the side for just 69 runs, a fantastic partnership between Williams and Ryan Burl brought Zimbabwe back into the contest.

In fact, with two overs to go, it was Zimbabwe who were in the drivers’ seat, needing 26 with two set batters at the crease.

However, an untimely run out of Williams — courtesy an outstanding throw from Shakib — would turn the game once again in the Tigers’ favor. Zimbabwe, post the run-out, weren’t able to recover and eventually faltered.

Williams admitted he misjudged the run but insisted that it was so close that it could so easily have gone either way.

“When it came to do the run-out, geez, it could go any way, eh? One stump to Ahmed, you miss that, I'm running two, I'm still in. But wasn't to be. I misjudged the run badly and got run out. Unfortunately it didn't turn out too well for us.”

The run-out upset Zimbabwe’s plans, as did the fact that the set Ryan Burl ended up facing one of the final seven balls of the chase. Williams reckoned that the result would have been different had Zimbabwe found a way to get Burl face majority of the balls.

Zimbabwe’s chances of making the semis have taken a hit, but they can still progress. For that, they need to win their remaining two matches and hope India lose to South Africa.