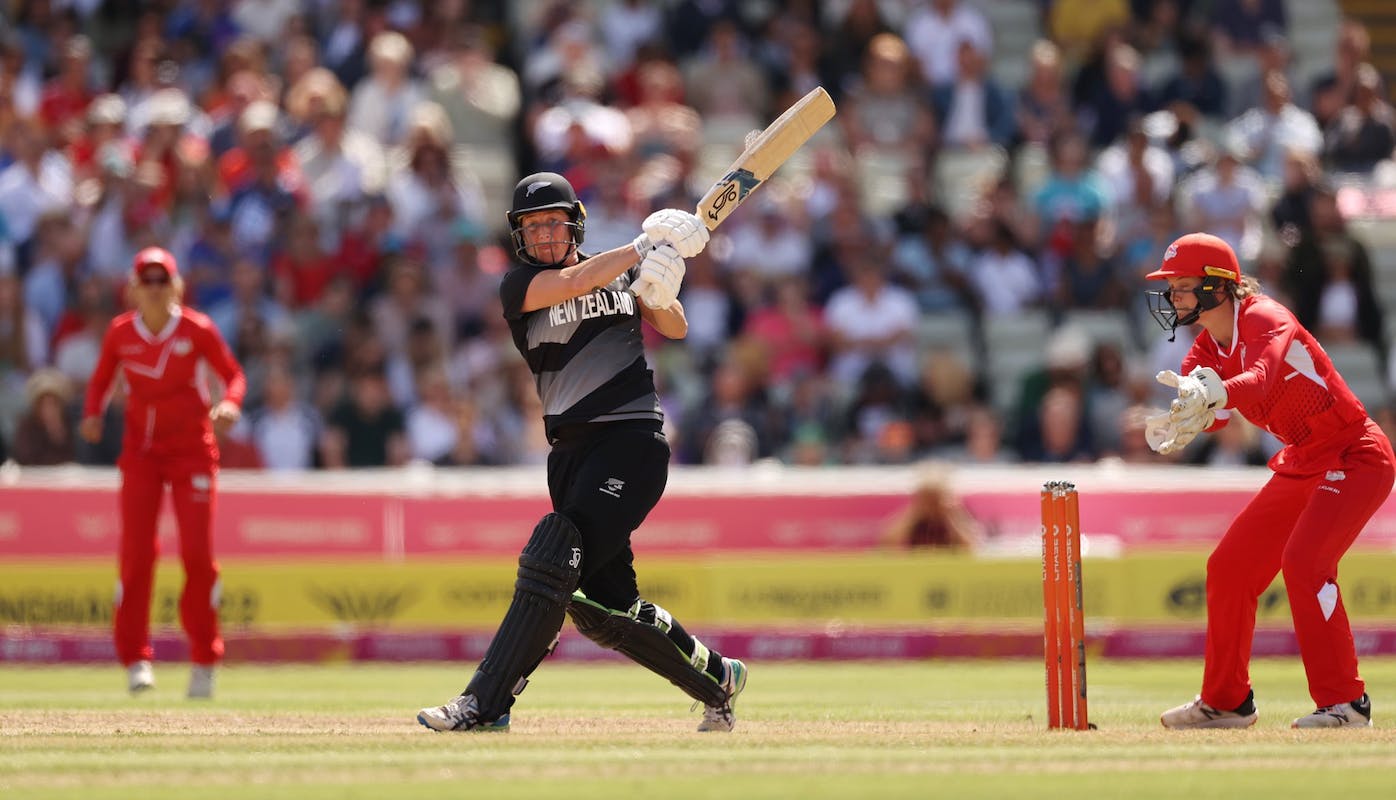 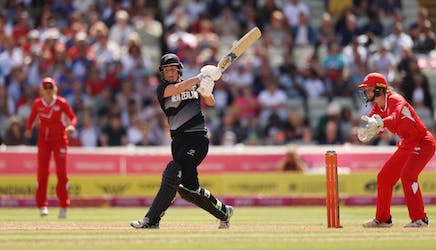 New Zealand captain Sophie Devine scored an unbeaten 51 off 40 balls and claimed 2-11 as the White Ferns clinched the bronze medal at the Commonwealth Games 2022 with a eight-wicket win over England at Edgbaston on Sunday.

England captain Natalie Sciver chose to bat first after winning the toss, a decision which turned out badly for the hosts. Hayley Jensen dismissed opener Danni Wyatt in the second over while Hannah Rowe sent back Alice Capsey in the next over.

Sciver (27 off 19) and Sophie Dunkley steadied the innings with a 34-run partnership but were dismissed in quick succession while Fran Jonas trapped Maia Boucher leg before to leave England reeling at 57/5.

Jonas was on target once again to send back Katherine Brunt when Sophie Ecclestone (18) and keeper-batter Amy Jones (26) rebuilt the innings to take England to 100 in 17.5 overs.

Jensen (3-24) and Devine struck in consecutive overs as England lost Ecclestone, Jones and Issy Wong without a run being scored. England managed to add 10 runs in the last two overs and hobbled to 110/9 in 20 overs.

Chasing a low score, New Zealand were off to a flier with Suzie Bates (20 off 10) and Devine going past 50 in just 25 balls. Bates' early charge was halted by Sciver in the fifth over when Sarah Glenn took a sharp catch at short fine leg.

In the next over, Sciver took a catch in the slips to dismiss Georgia Plimmer off Freya Kemp. England's happiness was shortlived as Devine and Amelia Kerr (21 not out off 15) took New Zealand over the line in just 11.5 overs.