New Zealand blown away by Malan and Morgan blitz

New Zealand blown away by Malan and Morgan blitz

At an average run-rate of 9.8 runs per over in the three T20s since 2018, Napier’s McLean Park was one of the best batting grounds in New Zealand. It was a perfect venue for England, a batting powerhouse in white-ball cricket, to make a soaring comeback in the series given their top five batsmen bat for the most part of the innings. That is exactly what they did after being put into bat first by Tim Southee.

After a cameo 20-ball 31 from Tom Banton, it was the Dawid Malan and Eoin Morgan show who put on a record-breaking partnership of 182 runs for the third wicket.

Malan was unbeaten on 103 at the close of the England innings with Morgan out in the final over for 91 as England posted an imposing 241 for three and then rolled New Zealand over for 165 with 19 balls remaining.

Malan, who was probably playing his last match of the series, owing to England’s rotational policy, ensured he makes the selectors look at his case more convincingly. He completed his fifty off 31 balls, two more than he took to reach the 50-run mark in the previous game but took only 17 balls for the next fifty runs notching up his maiden T20I hundred and the fastest by an English batsman.

In the meantime, Morgan batted like a man on a mission. He struck his first six off the fifth ball of his innings and became unstoppable since then. A four and a six to finish the 10th over took his strike-rate over 200 and it stayed that way throughout his innings. Consequently, the veteran completed his fifty off 21 balls, the fastest by an England player in T20Is.

New Zealand twice came agonizingly close to dismissing him as Morgan found the fielders in the deep, once off Mitchell Santner in the 15th over and then against Blair Tickner in the following over, before replays suggested that the high full-toss on both occasions were above waist height.

Given the batting friendly conditions at the venue, it was a shocker when New Zealand went in with a bowler short. Daryl Mitchell replaced the unwell James Neesham and the home side only had five bowling options which cost them dearly.

Ish Sodhi, short of wickets and confidence, had to bowl the 17th over which provided the impetus to England’s innings. Malan single-handedly collected 28 runs from the over setting himself up for his hundred and England for a total well in excess of 220. 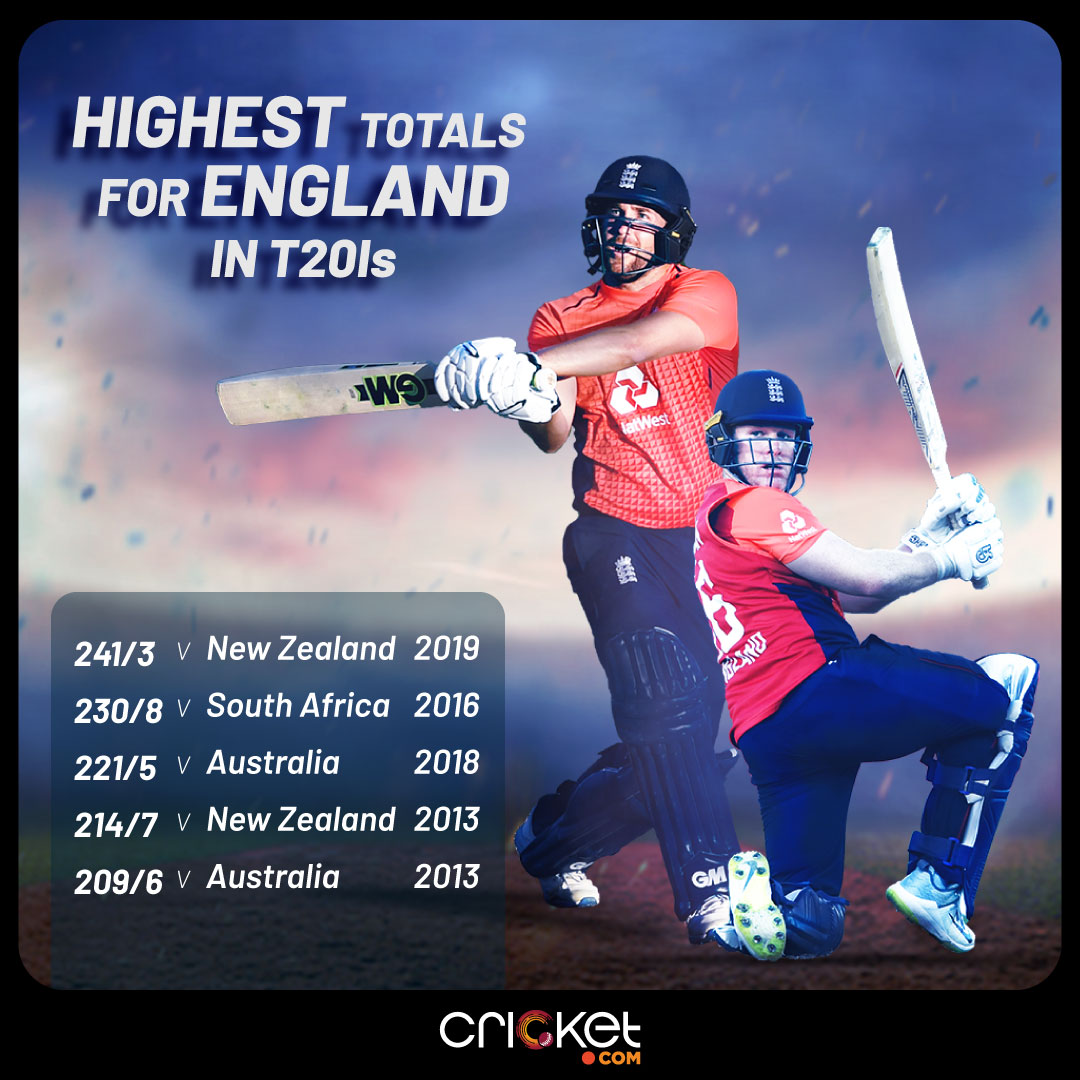 Skipper Morgan missed his hundred by nine runs but went back to the pavillion to a warm applause for a knock consisting of seven sixes and as many fours.

Of the New Zealand bowlers, Tickner finished with none for 50 off his four overs, while Sodhi had none for 49 off three overs and Southee bowled his full complement to finish with one for 47.

The Kiwis started their run chase at a fast clip reaching 54 in the fifth over when Martin Guptill was dismissed for 27 and wickets fell regularly after that. A couple of gigantic sixes by Guptill against Chris Jordan in the fourth over of the innings reminded fans about Australia’s record run chase of 243 against the Kiwis last year.

But Guptill’s departure in the fifth over, picking out Malan at mid-wicket off a well timed shot, broke the back of the run chase. The next couple of overs saw three wickets - Tim Seifert fell to Jordan, Colin de Grandhomme and Colin Munro went one after the other putting the young leggie, Matt Parkinson on a hat-trick. A sorry scorecard for the Kiwis read 70 for four in seven overs from 49 for none in four.

Parkinson took four wickets in a courageous spell of leg-spin where he kept flighting the ball on a small ground. Southee did give him some beating on his way to a 15-ball 39 but it was too little too late for the Kiwis who were eventually bowled out for 166 in 16.5 overs succumbing to a 76-run defeat.

The series is now level at 2-2. Like the World Cup final, there is little to separate the two sides before the deciding game, which will take place in Auckland on Sunday setting up what should be a cracker going by how the series has panned out till now.