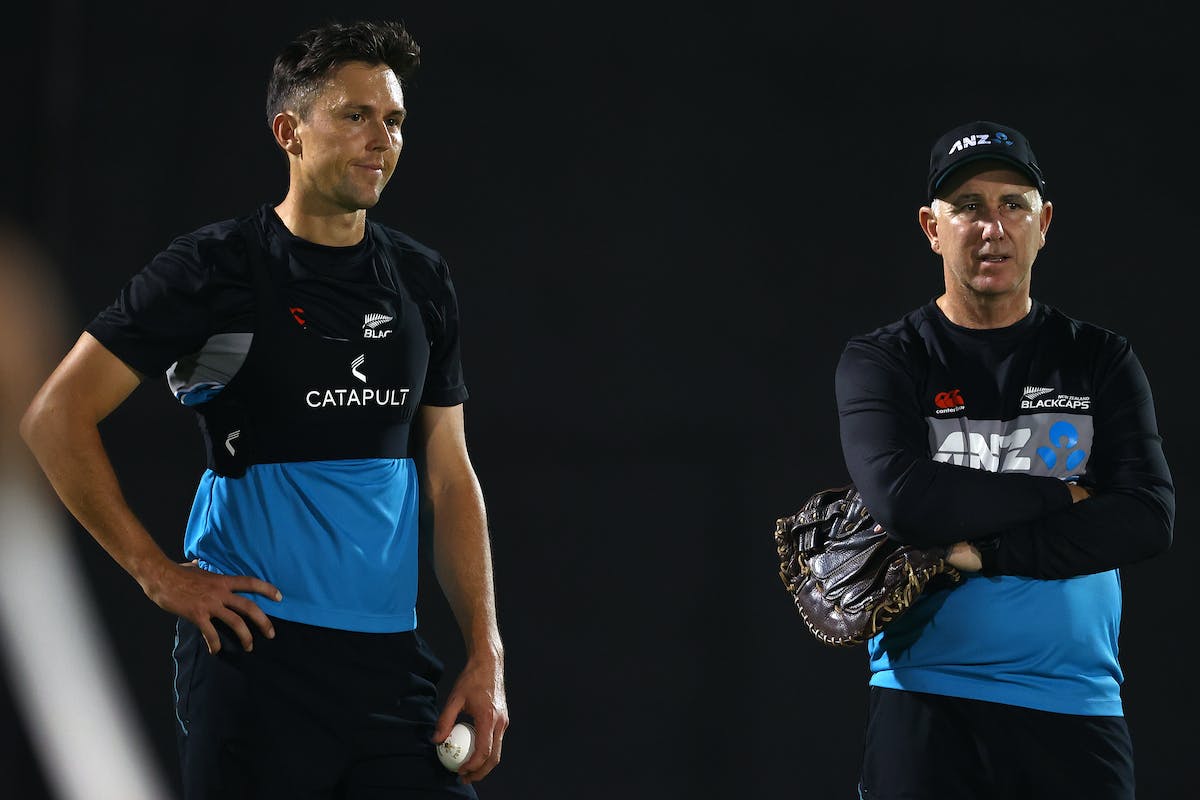 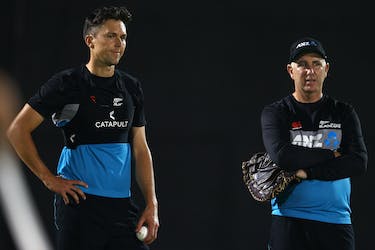 The Head coach of the Black Caps also conceded that the next 12 months would be a challenge for the team, with players lured into playing for T20 tournaments

Gary Stead, the Head Coach of the New Zealand side, will have a lot to ponder after his side's semi-final defeat against Pakistan in the T20 World Cup on November 9 at the Sydney Cricket Ground.

After their dismal performance in the knockout game, Stead addressed the media in Sydney and said, "We are frustrated that we didn't put out the performance we showed earlier in the tournament, which we are capable of, and that's the hardest thing to stomach, he said, as quoted by ESPN Cricinfo.

"I don't think we were too far away from a score that was really competitive; and full credit to Pakistan. In my opinion, they have the best bowling attack in the World Cup, so to scrap away the way we did was still a pretty good performance," he further added.

Despite being crashed out of the competition, the New Zealand side has been one of the most consistent teams in the international circuit and will be keen for an improved performance with the ODI World Cup scheduled to commence next year in India.

"That naturally happens as you go through those cycles. We play a little bit more one-day cricket now than we have previously. We've had quite a diet of T20 cricket leading into this World Cup, and that will now shift," he said.

The first assignment for the Black Caps would be India's tour comprising three T20Is and three ODIs starting on November 18. While Stead would hope for a full-strength squad to feature in the series, he is well aware of the challenges the Board will face after some of their key players opted out of the New Zealand contract.

Earlier this year, Trent Boult was released from the contract to focus more on T20 leagues across the globe, and Colin de Grandhomme announced his retirement from international cricket, New Zealand cricket has suffered a bit in terms of personnel.

"I think New Zealand are a country that have been challenged a little with the likes of Trent and Colin de Grandhomme and the decisions they've made," he said.

So I think in the next 12 months, we will continue to be challenged with our thinking around that and what that looks like. I don't necessarily have an answer for you now because I'm not sure what that will look like in 12 months' time," he further added.

"I'm sure we have a number of players that are attractive to some of the leagues as well. That says something about their calibre as players and the way we play as a team. So there's no doubt a lot of thinking and a lot of talking needs to go through that area."

New Zealand are also set to tour Pakistan for two Tests and three ODIs in December, their first visit to the nation after they pulled out at the last minute due to security advice in September 2021.

With the growing security concerns following the shooting of Imran Khan, New Zealand Cricket will be closely monitoring the situation and decide on their course of action.

"We use the same security outfit as England do, so I'm sure that will give us guidance of what that will look like in the future," Stead concluded.