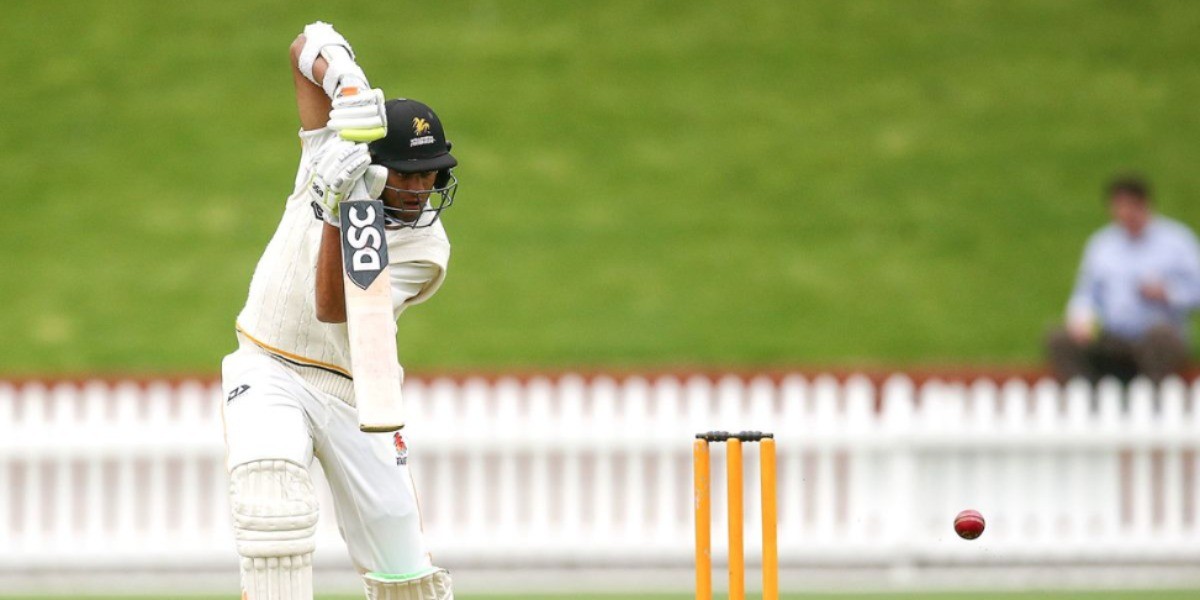 New Zealand is a multicultural country. The Māori - the indigenous Polynesian people of mainland New Zealand (Aotearoa) - have their presence with 7,75,836 people identifying as being part of the Māori ethnic group at the 2018 New Zealand census, making up 16.5% of New Zealand's population. However, the expats are drawn to the country at a regular interval, attracted by the clean air and the gentle pace of life. Thus it is not a surprise that many Indians have found a natural second home in New Zealand, only to bolster the cricketing diaspora across the Tasman River.

As Rachin Ravindra and Ajaz Patel set to take on India in India in a Test match, you can’t help but cast your mind to the Indian-origin players who turned up for the Kiwis in international cricket. The likes of Ish Sodhi, Jeetan Patel, Jeet Raval, Ronnie Hira, and Tarun Nethula made names for themselves in the Kiwi cricket history with Ajaz Patel and Rachin taking the mantle forward.

Rachin, who found a place in the Kiwi set-up for the Test series, was named after two of India’s greatest cricketers - Sachin Tendulkar and Rahul Dravid - after his father Ravindra Krishnamurthy, a Bangalore-born Software engineer, moved to Wellington in the early 90s. The passion for the sport was there in the blood as Krishnamurthy was a big cricket fan by himself.

A friend of former Indian cricketer Javagal Srinath, Krishnamurthy founded Hutt Hawks Club in New Zealand, which brings players over to India every summer and they play across Hyderabad, Chennai, Bengaluru, and Anantapur. As a matter of fact, some international Kiwi cricketers like James Neesham and Tom Blundell have also been part of those tours.

Rachin didn’t really have to look too far ahead for inspiration. He has always been obsessed with cricket. "Obsessive is a good word to describe his mentality around the game. It's not common for a lot of Kiwi kids where they're burning out, but he trains 4-5 hours every day on his own will with his dad, and he's done it from a really young age. It highlights his love and his drive to get better,” Wellington Firebirds coach Glenn Pocknall had told ESPNcricinfo.

It will be a nice opportunity for him to interact with the person he was named after. Already in awe of India and the massive crowd presence, Rachin can’t wait to don the white jersey in Kanpur if the opportunity comes calling. "Dravid is an absolute legend of the game. Obviously, I would love to interact with him a bit more during this series. So if I can pick his brains, it would be amazing,” Ravindra said in a conversation to a Kiwi website.

Another guy, who has a strong connection and will be eager to get on a flight to Mumbai for the second Test, is Ajaz Patel. The third Patel to ply his trade for the Kiwis after Dipak Patel and Jeetan Patel, left-arm spinner Ajaz is making some solid inroads as a spinner in the red-ball format. Ajaz was born in Mumbai and played age-group cricket alongside the likes of Ajinkya Rahane in Mumbai. He grew up in Auckland after his parents had just shifted with him and his two sisters to the city to open a refrigerator repairing shop. 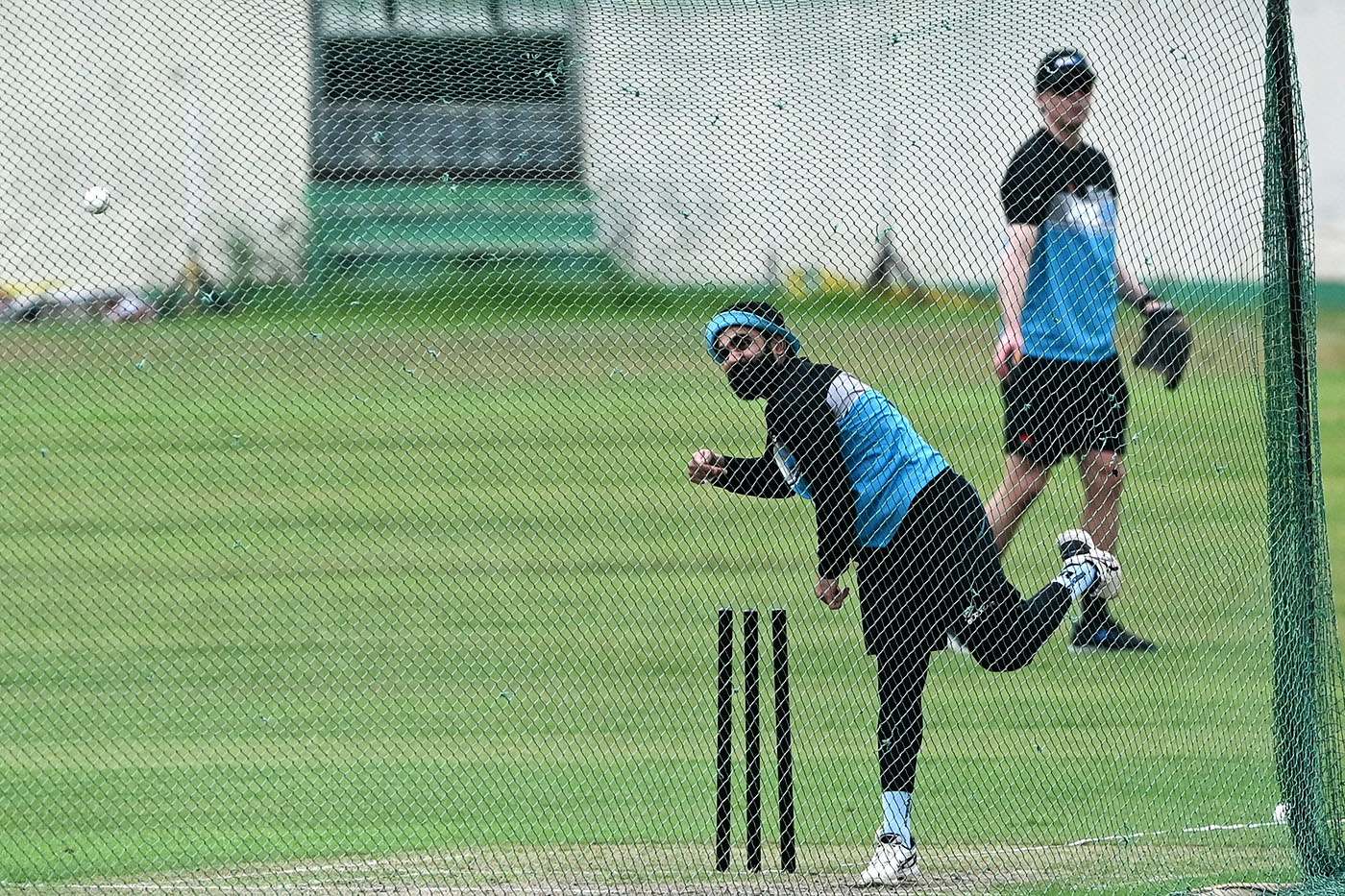 “I was more of a school and home guy. I did not have too many friends to play the game in the streets or the nearby ground and we were just finding our feet in the new country. I used to play cricket when I was a child in Mumbai with my cousins and friends in school,” Patel told New Zealand Herald before making his debut two years ago.

Dipak Patel played a big role in his transformation from a rocky medium pacer to a left-arm spinner. The move was organic but the fact that Auckland had enough spinners in the side, it was difficult for Ajaz to break into the side. Upon Dipak’s insistence, he changed base to Taradale Club in Napier and eventually made a case for himself for Central Districts in the Plunket Shield. Dipak remembers Ajaz’s dedication to make it to the Kiwi line-up and how hard he would work everyday.

“Once he got a hang of it, he was unstoppable. He would keep bowling throughout the day. Sometimes I had to force him to take a few days’ break. But he wouldn’t listen and wanted to make up for lost time. He had set an individual goal of bowling a particular number of deliveries a day,” Dipak had said in the same interview.

Now, Ajaz is a first-choice spinner in the Test side and is all set to make his presence felt in his country of birth. He has impeccable control which is a must in Indian conditions but his success story will be written how he executes them to perfection. As much as it will be a huge story for many Kiwi fans back home, two Indian families will have their eyes fixed on the screen to witness those moments.