New Zealand pace attack 'the best in the world' - Jurgensen 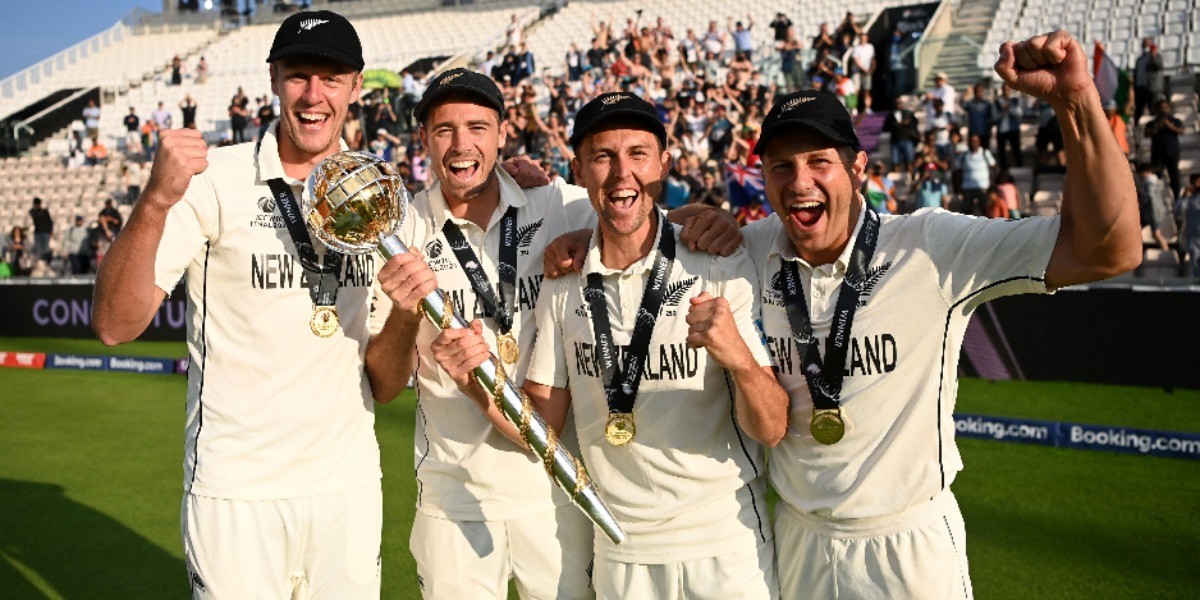 New Zealand pace attack 'the best in the world' - Jurgensen

New Zealand bowling coach Shane Jurgensen feels the Black Caps have the best pace attack in Test cricket. The quartet of Tim Southee, Trent Boult, Kyle Jamieson and Neil Wagner were at their best against India in the World Test Championship final as New Zealand conquered the Test peak in Southampton.

"I think so ... me personally, I’ve been thinking that for a while. I think they are, and I think we can probably strongly say that now. This hasn’t been a fluke, this has been happening for a long time," Jurgensen told Stuff.co.nz.

"The belief in the bowling group, how they plan, how fit they are, how strong they are and how much they believe in each other – the trust is the main thing."

"Kyle’s height and accuracy, to be able to swing it both ways at good pace ... Tim’s accuracy, his new-ball execution is unbelievable, can adapt, to use the crease, over and around, left-hand right-hand (batsmen). Trent – we know Trent’s ability with the new ball, but he took wickets with the old ball, and he’s been doing that for a while.

"With Neil, we know that he makes people uncomfortable on the back foot and the front foot because of the lengths that he bowls, but now, he’s getting guys out like Trent. So he’s been building up his own skill-set to get the ball to swing both ways and seam it."

Jurgensen also heaped heavy praise on Ajaz Patel. The left-arm spinner scalped four wickets in the second Test against England but didn't get a chance to play in the final. New Zealand are scheduled to play in India later this year and Jurgensen said Ajaz will play an important role in subcontinent conditions.

"Seeing what Ajaz did against England was absolutely fantastic – I was so excited for Ajaz, to get that opportunity at Edgbaston against England and to see him get wickets in both innings. Just some real confidence for him, and for us to say ‘yeah, we’ve got the subcontinent coming up and we’ve got Ajaz, we’ve got Will (Young), we’ve also got Rachin Ravindra."

Talking about the monumental win, Jurgensen said: "At times I’ve been really emotional me. For me personally, this is my greatest coaching achievement. Oh I’ve cried ... I’ve cried a few times, probably every day since the win.

"(Selector) Gavin Larsen calls it his best day in cricket, and that’s a guy who’s played a lot for NZ."