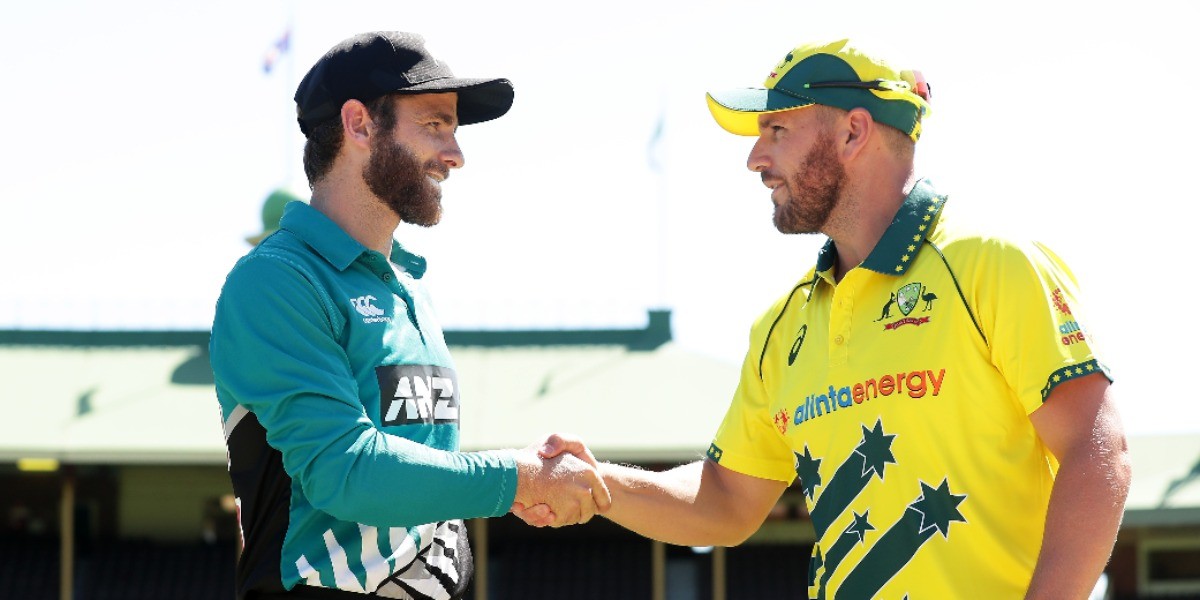 New Zealand take on Australia in the first T20 International (T20I) at Hagley Oval, Christchurch on Monday (February 22). It has been almost three years since the two teams clashed in the shortest format. They were scheduled to play three T20Is last year in New Zealand, but the series was called off due to the pandemic. However, with new bio-secure bubbles in place, the two teams are all set to clash in a five-match series.

The two teams have clashed in nine T20Is with New Zealand coming out on top on just a couple of occasions, including once in a Super Over. In the last five matches, Australia have a slender 3-2 lead. 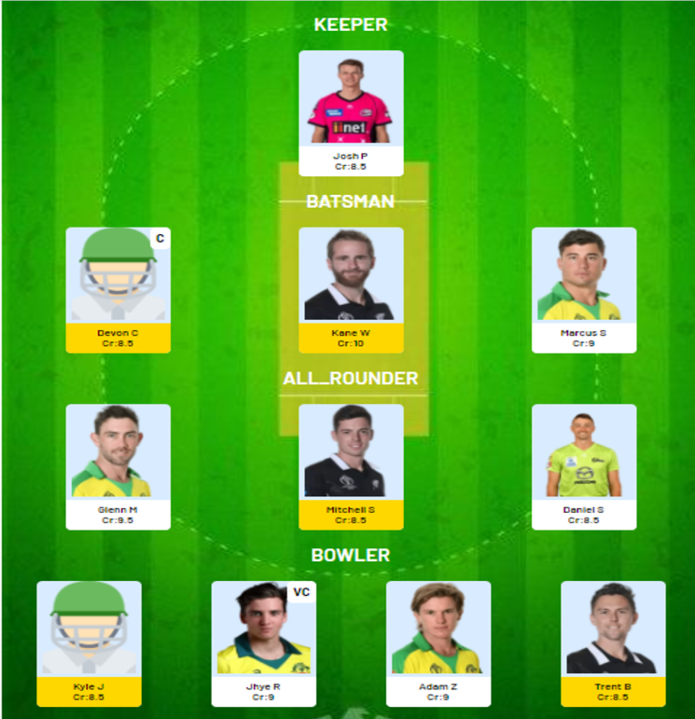 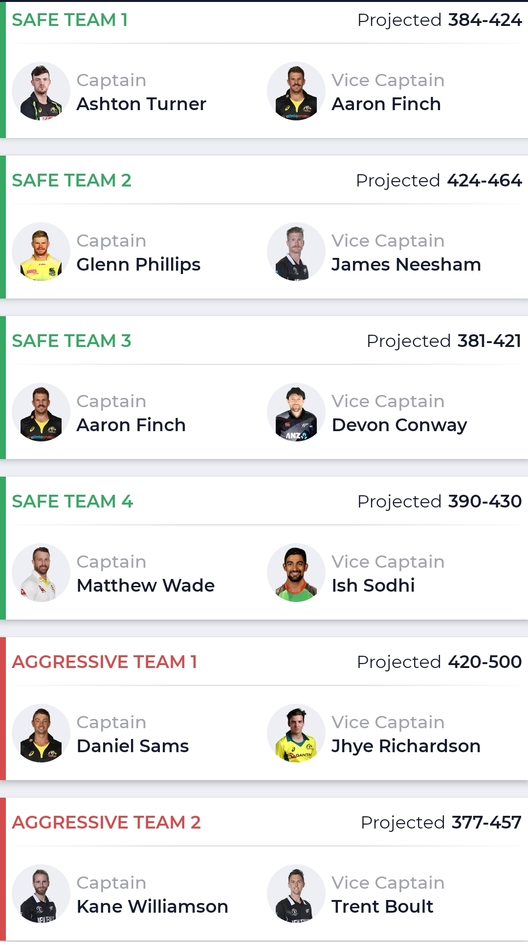 The Hagley Oval has witnessed five T20 matches this year in which the pacers have dominated, picking up over 70% of the wickets. While spinners have not picked as many wickets as the fast bowlers, they do come in handy here especially when it comes to keeping the runs down, conceding at just 7.2 runs per over, compared to the pacers’ 8.5. 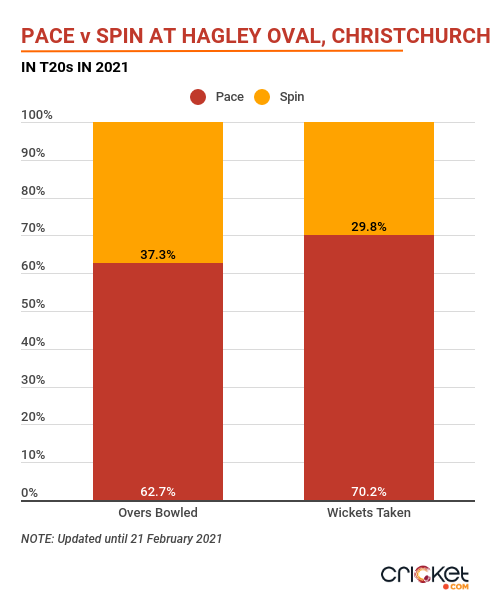 Pacers have struck at regular intervals as their balls per wicket ratio of 22 and runs per wicket ratio of 31.2 depict. The corresponding numbers for spinners happen to be 30.9 and 36.8 respectively. While those numbers aren’t great, we suggest you still have a spinner or two in your team. One of them can also be an all-rounder, who could fetch some valuable points with the bat as well.

The average score batting first in T20s in 2021 at the Hagley Oval has been 161 while for teams batting second the score is 157. In T20 matches at Christchurch, teams chasing have won the last three times here, hence the team winning the toss will be tempted to bowl first.

Given that spinners have done far better in the first innings (Econ 6.5, Ave 26.8, SR 24.6) compared to the second (Econ 8, Ave 61.8, SR 46.5) in T20s at this venue this year, the best idea would be to finalise your XI only after the toss. As far as pacers are concerned, there isn’t any alarming difference between the two innings.

Fresh from a bidding war in the Indian Premier League (IPL) auction, Glenn Maxwell will be looking to prove just why he is worth that much money. However, his struggles against leg-spinners might still continue when he is up against Ish Sodhi, against whom he has scored just 31 runs from 28 balls with the leg-spinner getting him out twice in five innings. In T20s since 2020, Maxwell has been dismissed on eight occasions by leg-spinners and has scored at a strike-rate of just over 110 against them.

In the two innings they have come up against each other in T20s, Kane Williamson has struggled against Andrew Tye. The Australia pacer has given away just six runs from eight balls in between his two wickets. It will be interesting to see if Tye can complete a hat-trick in this game.

With scores of 93*, 91*, 69* and 50 in his last four T20 innings, Devon Conway makes a solid case for himself to be named captain of your fantasy team. Conway finished the Super Smash with 455 runs at 65 with a strike-rate of 135.82, which included five fifties in 10 innings. He has also made an excellent start to his international career, having scored 174 runs from four innings at a strike-rate in excess of 150. We could once again see him shine against the Aussies.

Our Criclytics player projector predicts Conway could score 17-40 runs in this match.

Kane Williamson is coming into this series on the back of an impressive Test series against Pakistan that saw him score a century and a double ton in two Tests. In the Super Smash, he scored an unbeaten 34 and 74 in his two innings that holds him in good stead going into this match. In T20Is since 2020, Williamson has scored 218 runs at 54.50. His knocks include three fifties in five matches. In the years in which Williamson has batted at least on five occasions, his strike-rate in 2020 of 155.71 was the best and the New Zealand captain will want to start 2021 on a high.

Our Criclytics player projector predicts Williamson could score 15-38 runs in this match.

With 29 BBL wickets and INR 14 crore in his pocket, Jhye Richardson will look to continue his impressive form with the ball at the international level as well. In BBL 10, Richardson had two four-wicket hauls and struck every 12.7 deliveries for Perth Scorchers. Richardson has not played T20I cricket for Australia since February 2019, but given his current form and the assistance he could get from the wicket, we could see him wreak havoc in this series.

Our Criclytics player projector predicts Richardson could pick up 1-2 wickets in this match.

Given his impressive form in the BBL – 508 runs at a strike-rate of 149.41 – it would be naive not to cash in on Josh Philippe’s form. He is in line to make his international debut in this match and could very well get among the runs as he has been doing in the BBL for a couple of months. With a healthy average of 31.45 and a strike-rate of 139.23 in T20s, he has shown that he can be destructive at the top and is also a safe wicketkeeper, having finished BBL 10 with 16 dismissals – the highest for any ‘keeper in the tournament.

Our Criclytics player projector predicts Philippe could score 14-37 runs in this match.

FANTASY
New Zealand vs Australia, 2nd T20I: Fantasy Preview
Here are a few tips and suggestions that might help you in creating your fantasy team for the second T20I between New Zealand and Australia