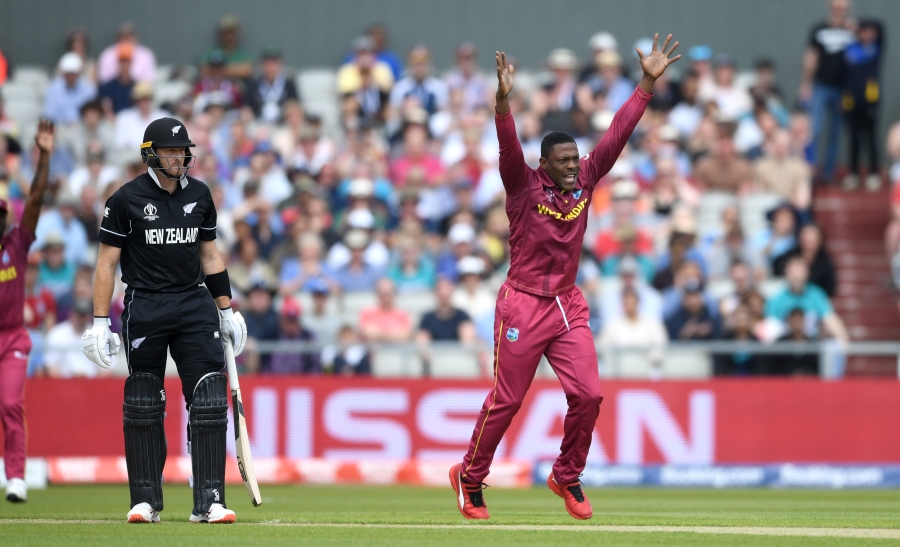 As per the original schedule, the circumstances surrounding this series was supposed to be quite different. It was meant to occur just before the 2020 T20 World Cup. If that had happened, this series would have, in all likeliness, been played with full-strength squads as it would have been the last competitive fixtures for both sides before the big event. But due to the COVID-19 pandemic, a lot of tournaments have had to be rescheduled – not least of all, the T20 World Cup itself – and this bilateral T20 International series between New Zealand and West Indies will now be played with a substantially different backdrop.

While the T20 World Cup which was scheduled for this year in Australia has been pushed to 2022, there will be an edition of the tournament taking place in India in 2021 as per the original schedule. So, while there isn’t an immediate global T20 event to consider, there is one within the next 12 months for which teams will look to prepare in the best way they can. For New Zealand and West Indies, those preparations begin at Eden Park in Auckland on Friday (27 November 2020).

BOTH TEAMS LOOKING TO IMPROVE FORM

While West Indies won the previous edition of the World T20, you could say that New Zealand did well to top their group and make it to the semi-finals. Hence, what has transpired since with both teams in T20Is has been quite surprising. Coming into this series, only Sri Lanka (30.2) and Bangladesh (35.2) possess a lower win percentage in T20Is since the 2016 World T20 than the two sides competing here (minimum – 25 matches). 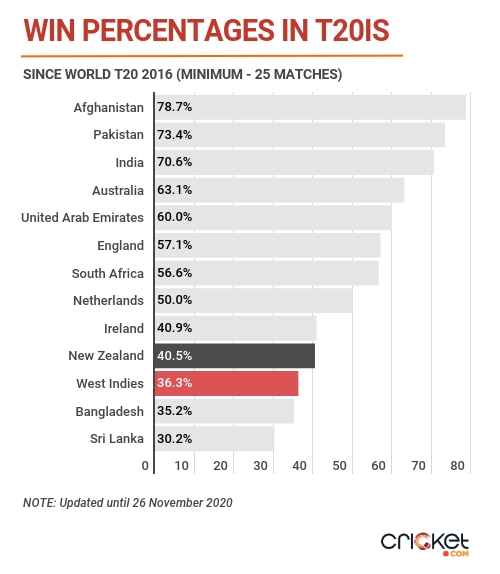 On one hand, there’s New Zealand who possess a fine team on paper but have won just 40.5% of their matches since the mega event in 2016. But if you look closely, their record wasn’t all that poor until this year. At the start of 2020, the Kiwis hosted India at home and lost 0-5, a series that has greatly skewed their stats. But needless to say, you shouldn’t be getting whitewashed in a five-match series at home, whatever the format may be.

On the other hand, West Indies’ record will probably come as a bigger eye-opener because you wouldn’t expect the defending champions to have a win percentage of only 36.3 over a four-year period. But the issue for them has been that they have played most matches during the aforementioned span without some of their key T20 players. Hence, their results have been such and they should improve once they have a full-strength team. We saw glimpses of that when, with their superstars available, they defeated Sri Lanka 2-0 in a T20I series in March this year.

In this series, though, both teams will not be at full strength. While New Zealand have rested key players such as Kane Williamson and Trent Boult, West Indies will be without the likes of Andre Russell and Dwayne Bravo among others. So, there is an opportunity for some players to make a strong case to become permanent members of their respective T20I line-ups.

WHERE BOTH TEAMS CAN DO BETTER

One interesting thing to note is that among the top 10 teams, New Zealand have the worst economy rate (8.7) in T20Is since the last World T20. This is of course a side-effect of having played a lot of their games at home where because of smaller stadiums, runs tend to flow more freely. Having said that, they need to ensure that they do better during the death overs with the ball. 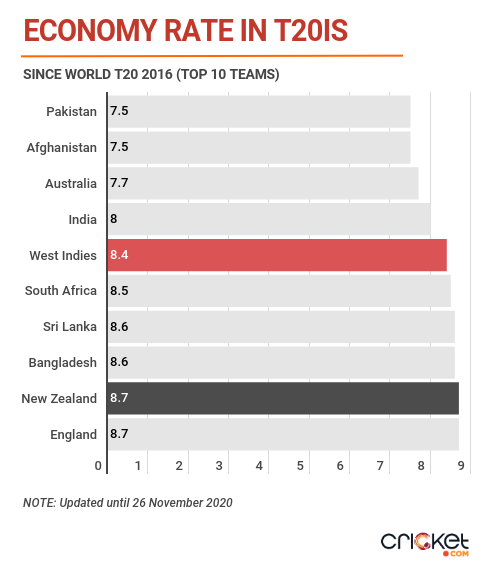 During the T20I series against India earlier in the year, they conceded runs at an economy rate of 11 between overs 16-20. Meanwhile, India’s bowlers went at 8.7 runs per over during the same period of the game. That stark difference was a huge reason why the Kiwis were on the wrong side of a 0-5 result.

Meanwhile, something you’d usually never associate with the West Indies is a slow scoring rate with the bat. But that has been their Achilles heel in the recent past. Since the 2016 World T20, they have the lowest run rate (7.8) among the top 10 teams in T20Is. They have been particularly poor in the first 15 overs of the innings, where they’ve scored at a run rate of 7.5 while losing a wicket every 18.2 deliveries since their 2016 triumph. 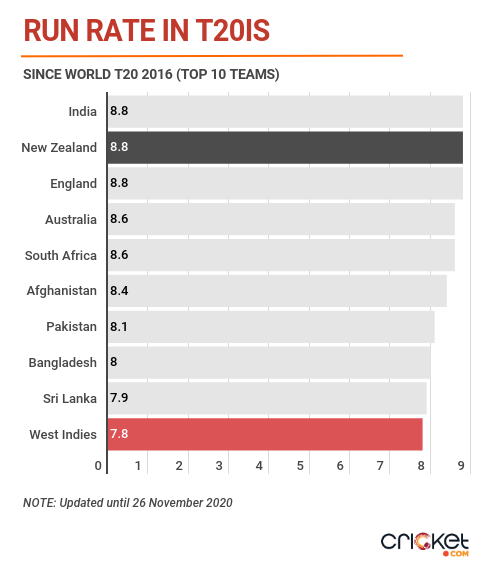 Hence, the onus will be on top-order batsmen such as Brandon King, Andre Fletcher, Shimron Hetmyer and Nicholas Pooran to ensure that their team isn’t playing catch-up during the final five overs of the innings. King and Fletcher will, especially, be keen to impress with the immense competition that is there for the opening spots in the West Indies T20I team.