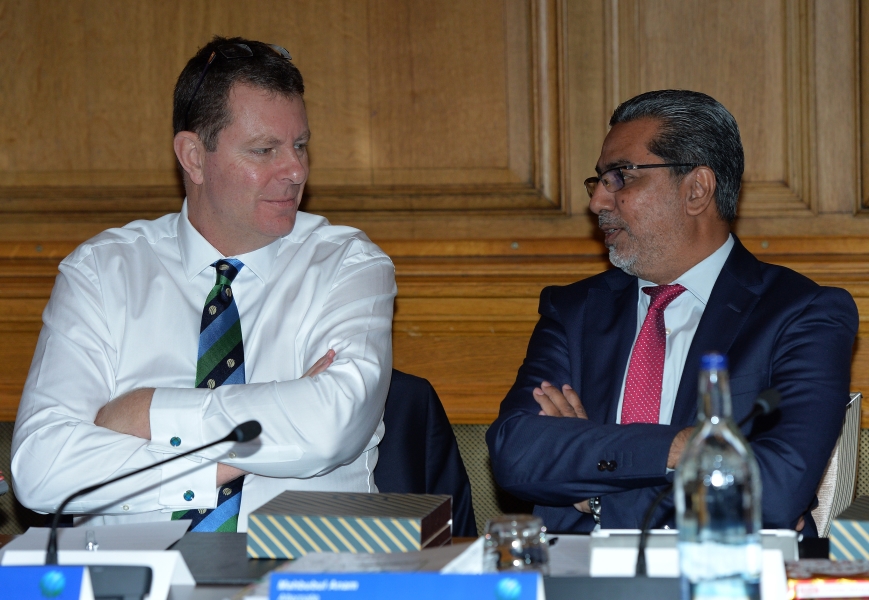 The former New Zealand Cricket boss needed a two-thirds majority of the 16-person ICC board and received the all-important 11th vote from Cricket South Africa.

Khwaja had been the interim chairman since Manohar stepped down in July.

"It is an honour to be elected as the Chair of the International Cricket Council and I would like to thank my fellow ICC directors for their support," Barclay said in an ICC statement.

"I hope we can come together to lead the sport and emerge from the global pandemic in a strong position and poised for growth."

Barclay has said he will push to protect bi-lateral international series and his election could end plans for an extra ICC global event, an idea backed by Khwaja.

"I look forward to working in partnership with our Members to strengthen the game in our core markets as well as grow it beyond that ensuring more of the world can enjoy cricket," Barclay added.