No. 3 fun position to bat at, disappointed to miss out on a hundred: Shreyas Iyer 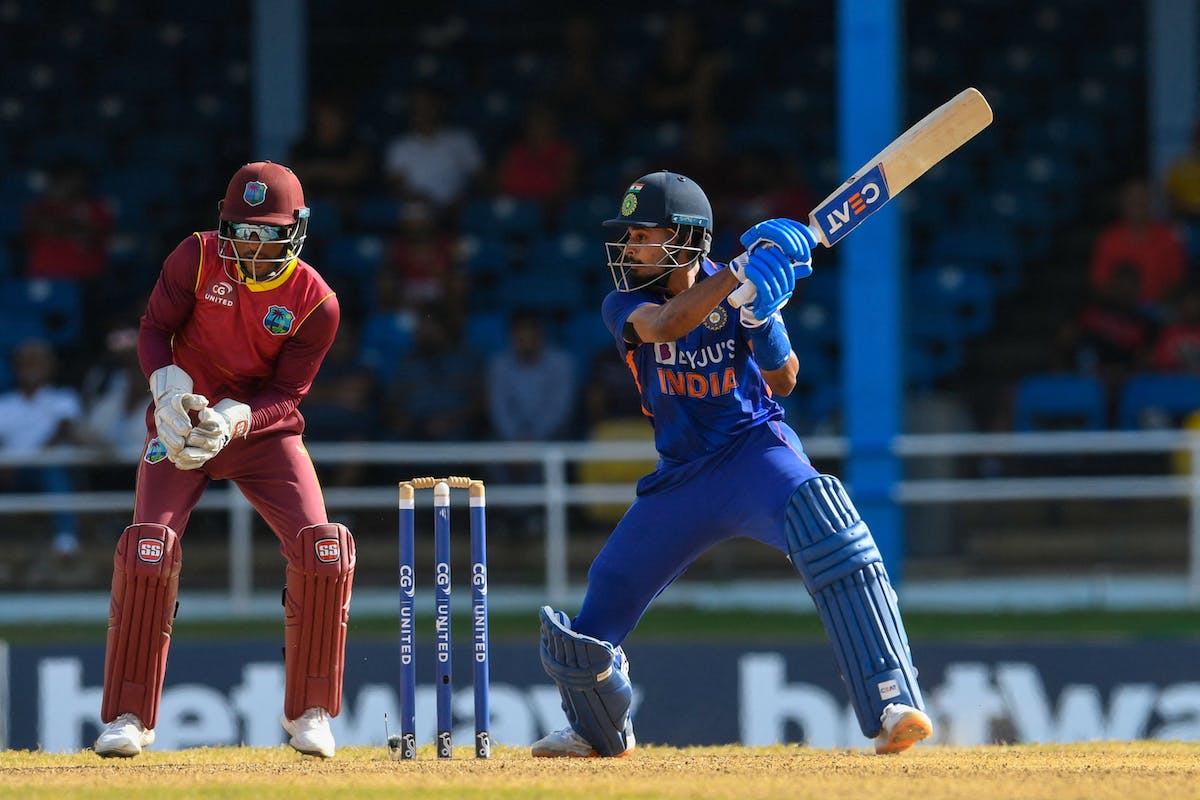 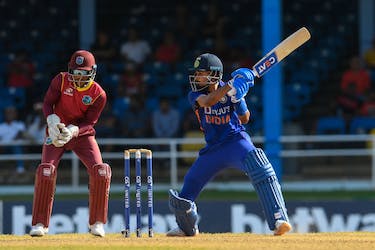 No. 3 fun position to bat at, disappointed to miss out on a hundred: Shreyas Iyer

Walking in at No. 3, Shreyas Iyer scored a vital 71-ball 63 and also put on 99 for the fourth wicket with Sanju Samson (54) to set a platform for India in their chase of 312. This was Iyer's seventh 50-plus score against the West Indies in his last eight innings, but despite making a crucial contribution, he was disappointed that he could not convert it into a century.

With Virat Kohli rested for the series, Iyer has made the best of his opportunities scoring back-to-back fifties.

“It [No. 3] is a fun position to bat at, and I really enjoy it. It is one of the best positions to bat because you go into a very tough situation if the wicket falls in early," Iyer said at the post-match press conference.

"You go in and you have to see the new ball and then build your innings. Also if the openers have got into a really good partnership, then you have to go carry forward that momentum, take it on from where they have left and see to it that the run rate is maintained."

However, Iyer felt this was a golden opportunity to score yet another ODI ton, but is satisfied with the contribution he made to India's win.  “Really fortunate to get to consecutive half-centuries. But I should have converted it into a century. You don’t get such kind of starts every time in international cricket.

"The more you convert your fifties into hundreds, the better it is. Today was a golden opportunity for me to convert my innings. But at the same time as long as the team is winning, I am happy to contribute.

“I was really happy to get to what score I got today. But was unhappy with the way I got dismissed. I thought that I could have taken the team through easily and set up the total, but I was very unfortunate with the way I got out. Hopefully, I will be able to score a century in the next one."

Speaking of his partnership with Samson, Shreyas said it was a vital one given that India had lost a couple of wickets in quick succession. “It was a crucial partnership. We lost two back-to-back wickets. We were 60 for 3 [79/3], and from there, we had to rebuild. Sanju came in and obviously showed a lot of intent," the 27-year-old said.

"I was already batting. I had faced around 20 balls and was batting on 15. I knew what I was going to do, and Sanju at the same time, he faced a few balls, and then he went after the spinners. He hit them for two sixes, and suddenly, the momentum shifted towards us. From there onwards, we built on the partnership and carried forward the momentum,” Iyer said.

Iyer says the dressing room got tense in the closing stages of the match with head coach Rahul Dravid animated and constantly passing the message on to the players on field. Iyer also praised Axar for his outstanding knock.

“It was fun, to be honest. We were all sitting together, and Rahul sir was getting very tensed; he was consistently passing on the message,” Iyer said.

“I think a lot of players showed really good emotions out there and were very calm and composed in the pressure situation. And since we have played so many matches lately, I think we have already seen all these emotions.

"It was just another game for us. I think we did pretty well, especially Axar, the way he finished off today. It was an outstanding knock."

For Iyer, hard net sessions with batting coach Vikram Rathour are paying off.

“Hard work off the field always pays off. This is the reflection of what you do off the field. I am working hard because wickets and conditions are changing frequently, and you have to stay fit and keep motivating yourself. My mindset is that I will do my work and try to control the controllable," Iyer who has 12- 50-plus ODI scores in 26 innings said.

With the ODI series sealed, India will look to complete a clean sweep when they take on West Indies on Wednesday (May 27) at the Queen's Park Oval before moving on to the T20 Internationals (T20I).