No need to change batting order, we just need to bat well: Paine 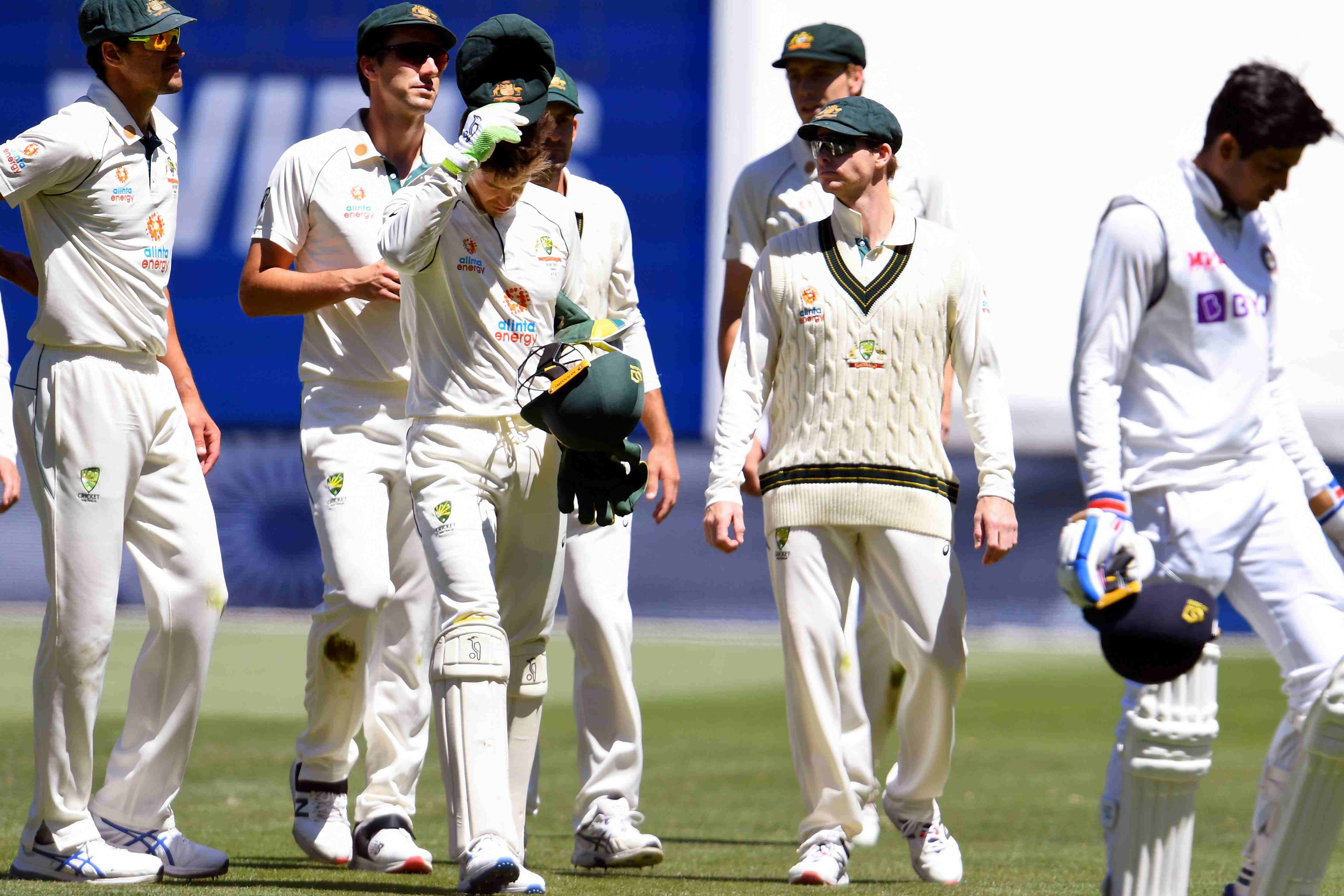 No need to change batting order, we just need to bat well: Paine

There is no need for Australia to tinker with the batting order despite an inept show in the second Test, asserted home captain Tim Paine acknowledging that a better effort is expected from the top-order in coming games.

Australia scored 195 and 200 in the lost Melbourne Test as none of the batsmen could get a half-century in the match that India won comfortably by eight wickets to level the series.

"Not necessarily, we need to just bat better, it does not matter who is at the crease out there," Paine said when asked if there could be a change on the cards.

"We need to be scoring runs, that's the job of the top seven in Australian cricket team," Paine said at the post match press conference.

Make-shift opener Matthew Wade (30 and 40) and one down Marnus Labuschagne (48 and 28) did get starts but the likes of Joe Burns and Travis Head looked completely out of touch with team's No. 1 batsman Steve Smith.

The wicketkeeper-batsman though admitted that lack of runs and poor fielding contributed to their defeat.

"It (low score) was one of the factors, dropping catches also did not help. It was a bit of sloppy performance in the field and not enough runs," he said referring to a number of catches that went abegging when Ajinkya Rahane was batting.

Rahane went on to score a game-changing century, cashing in on the dropped chances.

Even in his unbeaten second innings, Rahane was dropped by Mitchell Starc when India were close to the victory.

Paine refuted suggestions that Australia perhaps trained differently after the win in Adelaide.

"(We have) same preparation for every Test. It does not change whether we win or lose. Sometimes, in international sport, the margins are very small, we can have swings in result like we have in first and second. We can minimise that, we were (simply) not at our best."

He also did not agree when suggested that pitches that offer more bounce are more suited to Australian bowlers.

"Not really. We are a side that can win anywhere in the world. It does not bother us at this stage."

The Indians were impressive with their field placing, something for which Rahane earned plaudits.

Both Labuschagne and Smith were scalped by the vising bowlers in perfectly set-up plans but Paine said it does not mean their preparation was any lesser than the Indians.

"India are bowling well. They have been extremely disciplined.

"We have not been able to get partnerships together but from what I have seen, watching Marnus and Steve Smith, this is not the first time teams have targeted the stumps. That happens every single Test match," the skipper reasoned.

Asked if Smith needs to be more attacking against offspinner Ashwin, Paine opined that he won't interfere in batting style of his batsmen.

"That's the game. Everyone is going to do it differently. Everyone has own plans.

Smith himself has admitted that he has let Ashwin dictate terms, something he has not allowed any spinner thus far in his career.

The utilisation of Decision Review System (DRS) technology has become a topic of debate with similar reviews yielding different results and Paine did not hide his displeasure.

"I have spoken (to umpires) but, wasn't very productive. Yesterday was not about technology but the precedence set in the first innings with Pujara.

"He (umpire) did not look at enough replays to see full evidence. There probably there was gap between ball and the bat, so lots of things."

Paine also hinted that opener David Warner could play the third Test against India while Will Pucovski is also not far from returning to competitive cricket.

Paine said Warner's recovery is on track and there is a strong possibility of him featuring in the third Test, starting on January 7 in Sydney.

"David looks very good. He has started running between the wickets, so early signs with him very good for the third Test, which is awesome for us," Paine said.

"Pucovski is not far away to return to play. He is pretty close to return," he added.

Warner missed the first two Tests and the preceding three T20 Internationals as well as one ODI game against India due to a groin injury. He sustained the injury during the second ODI.

His return would lend solidity to the Australian top-order as Burns has not been consistent though he scored a half-century in the second innings of the Adelaide Test.

If Pucovski is also cleared to play, it will be interesting to see whether he will be asked to open alongside Warner or persist with Burns.

The 22-year-old Pucovski was tipped to make his Test debut in the first day-night match in Adelaide but it was delayed after he was hit on his helmet during the warm-up game.