No one deserves it more than Priyank Panchal 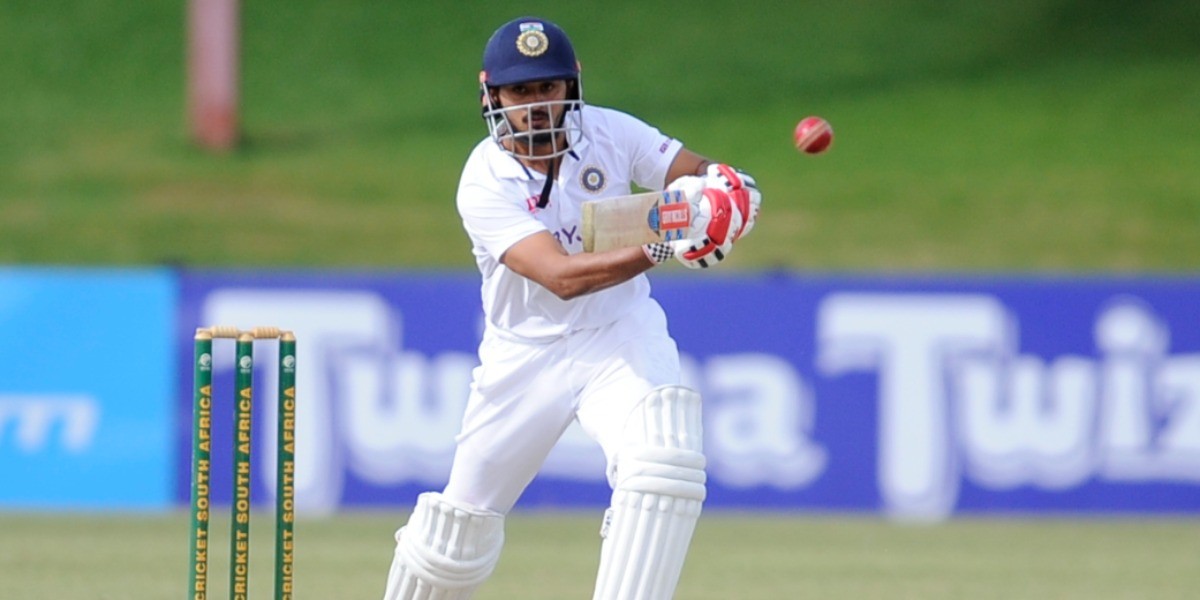 No one deserves it more than Priyank Panchal

In the era of Indian Premier League, Priyank Panchal is still a bit of an unknown commodity to the wider public. Make no mistake, the right-handed opener from Gujarat is no spring chicken. The 31-year-old has been playing first-class cricket for 13 years and is even older than KL Rahul and Mayank Agarwal, with whom he will travel to South Africa as the reserve opener after Rohit Sharma was ruled out of the three-match Test series with an injury to his left hamstring.

Panchal has been on the selectors’ radar since that career-defining 2016-17 Ranji Trophy season and could finally get his time to shine in South Africa after several years of waiting and hard work. He has been a prolific run-getter for his stateside Gujarat and India A over the last five years and this is the closest he has come to making his Test debut. Earlier this year, he was part of an extended India squad that played England at home, but India already had Rohit, Shubman Gill and Agarwal in their main set-up.

Panchal recently returned from Bloemfontein where he captained India A in the first two of the three four-day games against South Africa A and also played his 100th first-class game during the tour. “I have been part of the India A team for the last four-five years. The series against South Africa 'A' will definitely help. I have played a few games there and I have got a fair idea about how the conditions are. I have been preparing for such an opportunity for the past several years. This is definitely a big moment for me,” Panchal told Sportstar.

Having played 100 first-class encounters, Panchal has amassed 7011 runs at an impressive average of 45.52, studded with 24 centuries and 25 fifties. He was offered a sports scholarship by Indian Oil Corporation in 2008 and replaced Ajinkya Rahane in one of the games. He scored 60 and was straightaway drafted into the Gujarat Ranji Trophy squad. Panchal, who has a post-graduate degree in financial management and is also a science geek, made his first-class debut later that season but could only manage 457 runs in 17 innings at a mediocre average of 20.08.

Panchal lost his father when he was just 15 and it took him a while to settle down both financially and mentally. There were glimpses of brilliance but Panchal failed to stamp his authority in the first five seasons, scoring 2493 runs at an average of just 24.85. "When I spent time at NCA in my junior days, there was a lot of emphasis on change in technique, but it wasn't working. My reasoning was if I spend so much time on technique, how will I be able to focus on runs? I've felt I need to hone my natural ability," Panchal had told ESPNcricinfo.

In the next two editions of Ranji Trophy, the opener scored 1202 runs in 26 innings at an average of just over 48 but he knew it wasn’t enough. Panchal still needed that bumper 1000-run season to force everyone to sit up and take notice, and that’s exactly what he did in the 2016-17 edition. The opener plundered 1310 runs in 17 innings at a stunning average of 87.33 and played a massive role in Gujarat's maiden Ranji Trophy triumph. To put things in perspective, only four other batters have scored more runs in a Ranji season than what Panchal managed in the 2016-17 season.

He started the season with a couple of low scores but then came that 138-ball 101 in the second innings against Railways in the swing-friendly conditions in Lahli, and thereafter, Panchal never looked back. He smoked three tons, one double hundred (v Mumbai) and a triple century (v Punjab) and missed VVS Laxman’s all-time record of most runs in a season by just 105 runs. That was it, Panchal had caught everyone’s attention and he didn’t have to wait too long to make his India A debut.

Panchal smashed 206 against England A in Wayanad in 2019 and then got 160 against Sri Lanka in Belgaum later that year. He has been a consistent member of the India A side since 2017 and has also amassed more runs than anyone in the last four seasons of Ranji Trophy. Panchal operated at an average of close to 60 in the 2017-18 and 2018-19 editions and also kept churning out runs for India A. Panchal has a pretty decent record in List A cricket and T20s but is someone who enjoys occupying the crease for long periods of time. He is slightly old school, but can also play eye-pleasing shots all around the ground and if and when needed.

Despite accumulating runs for fun for three seasons straight, Panchal couldn’t break into the national side, with the likes of Rohit, Rahul, Agarwal, Gill and Prithvi Shaw being around the Test set-up. "It's natural to feel a bit low after not getting a chance while I was scoring so many runs. However, my personality is such that I was always thinking: 'What am I lacking now as a batsman? If I want to play for India, then what should I do to become more impactful? What kind of a game is required in international cricket? I'm glad that all my hard work and persistence have finally paid off," Panchal told the Times of India.

In 14 first-class matches for India A, Panchal has scored 1089 runs at 51.86, decorated with four fifties and as many centuries. In the recently concluded India A tour of South Africa, Panchal played a knock of 96 in the first four-day game but was dismissed for 24 and 0 in the next encounter. He didn’t feature in the third and final match to give young Devdutt Padikkal some game-time, but Panchal’s resume was convincing enough for the selectors to name him as Rohit’s replacement.

Panchal is a massive fan of the Golden State Warriors and their point guard Stephen Curry, who is just two triples away from Ray Allen's career total of 2,973 3-pointers in the NBA history. Curry will have a “Golden” opportunity to create history on Tuesday night at the Madison Square Garden, while Panchal too might have his “Golden” moment in the next four-five weeks in South Africa. For now, all Curry and Panchal could do is keep their fingers crossed!