No regrets about strategy in first two sessions: Pujara 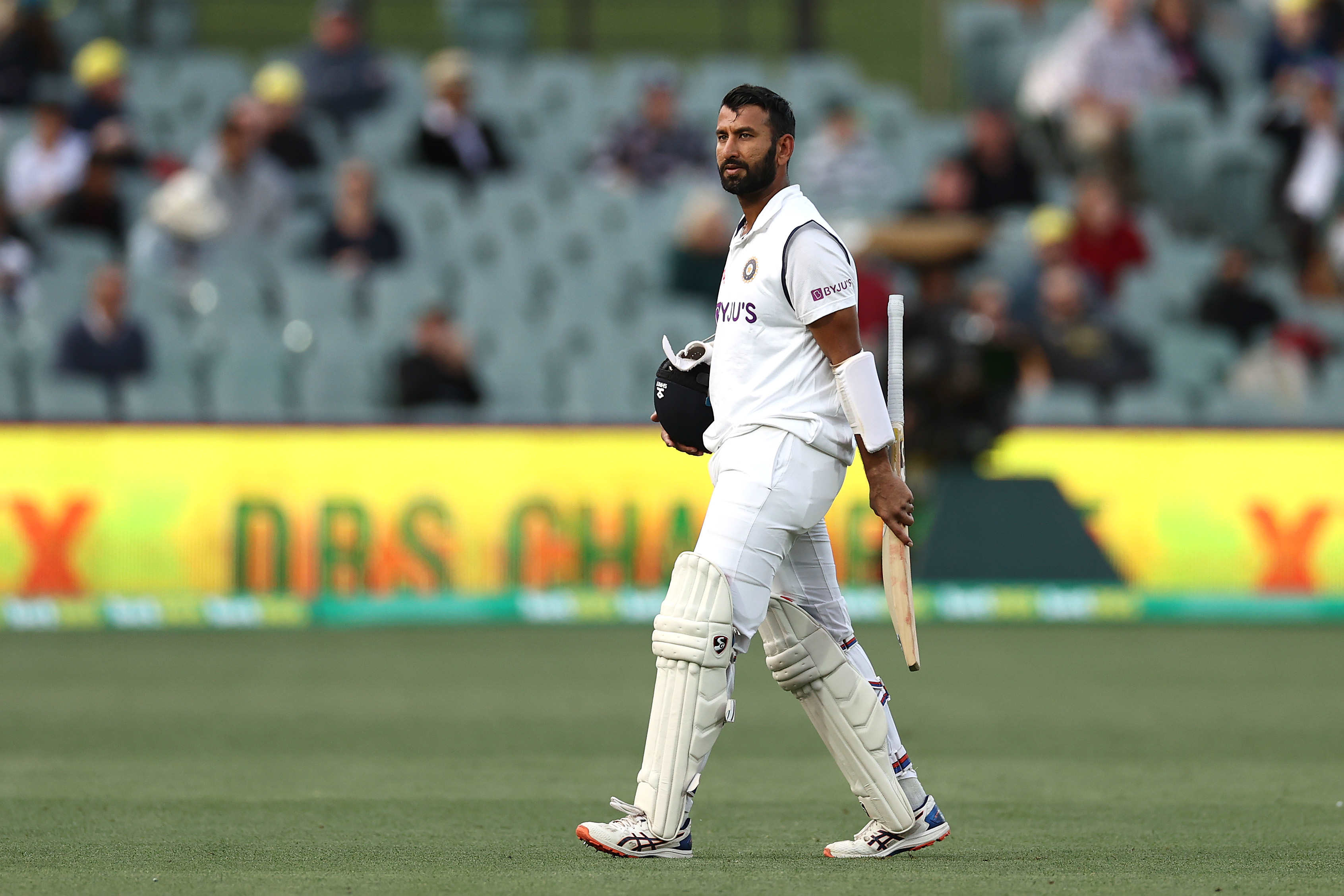 No regrets about strategy in first two sessions: Pujara

Asked if he felt that he could have paced his innings better, the Saurashtra man had an emphatic no for an answer

It took Cheteshwar Pujara 148 balls to get his first boundary but not for once did the senior India batsman feel that he batted too slowly during the opening day's play against Australia in the first Pink ball Test on Thursday (17 December 2020).

Pujara, who scored a sedate 43 off 160 balls in India's 233 for 6 at stumps on day one, feels that a first innings total of 350 would be very handy for the visitors.

Asked if he felt that he could have paced his innings better, the Saurashtra man had an emphatic no for an answer.

"Not at all. We were in a very good position in the first two sessions," said Pujara, defending the 41 scored by the team in the first session and 66 runs that were scored in the second.

"We needed to make sure that we don't lose wickets when the ball is swinging. It was a great day of Test cricket and there are no regrets at all about the strategy. We couldn't have lost more wickets playing shots and getting bowled in a day," said Pujara.

He also defended his batting style on the day as the wicket wasn't conducive for stroke-play.

"Test cricket needs patience. If the wicket is flat, then you can be aggressive but when it's helping the bowlers, you can't play a lot of shots.

"In overseas conditions, you don't want a total of less than 200 runs (in first innings). In the first two sessions, the bowlers are fresh and the pitch is fresh," he said.

Pujara believes that the match is evenly poised after India ended the day at 233 for 6.

However, he conceded that skipper Virat Kohli and Ajinkya Rahane's dismissal will surely provide a "little bit of advantage" to Australia

His duel with Nathan Lyon during the post-dinner break is being talked about and he praised the Australian offspinner for his remarkable transformation into a world-class bowler in the past four to five years.

"He gets a lot of revs (revolutions) on the ball. His line and length have really improved. He likes taking the challenge and while facing him, you also need to be prepared to face that challenge," he said.