Nobody can fill in for Harshal Patel: Nick Knight 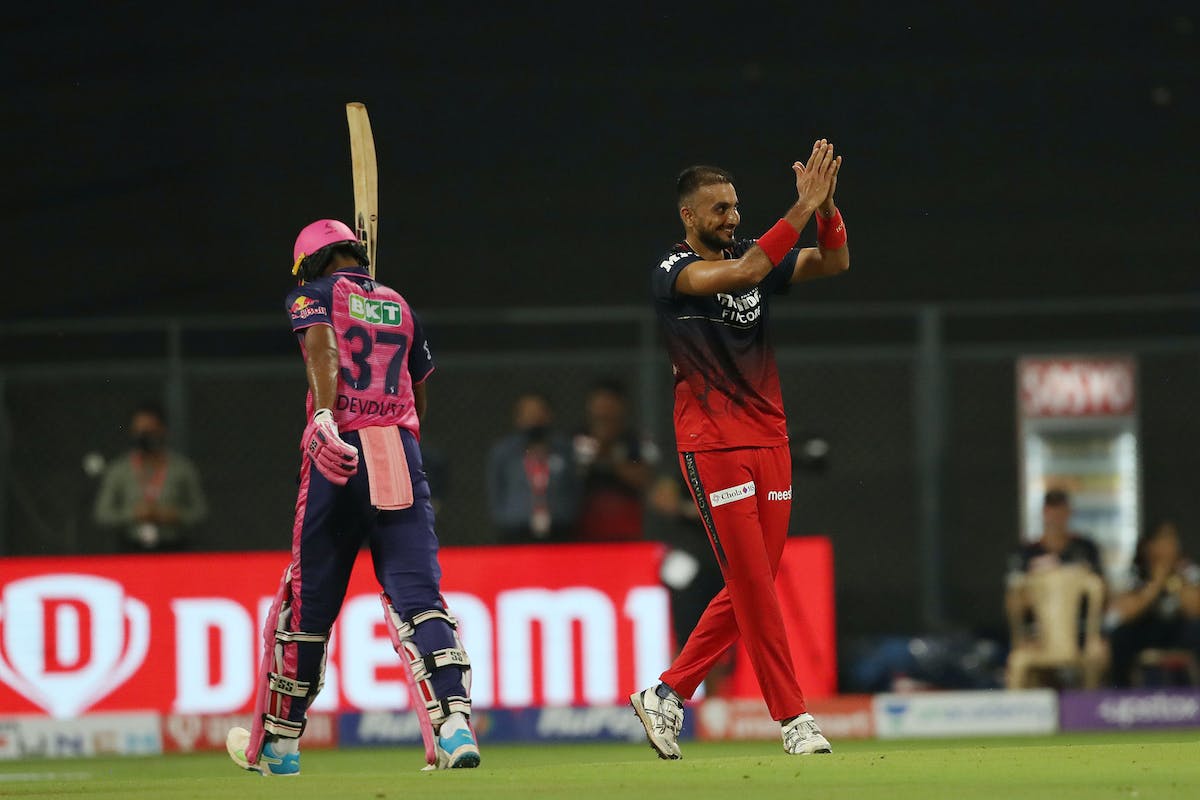 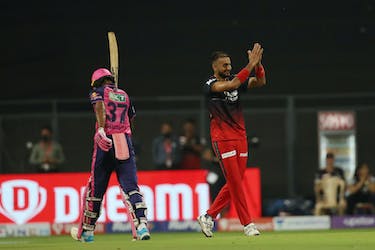 Nobody can fill in for Harshal Patel: Nick Knight

The feeling of security Harshal Patel can provide for Royal Challengers Bangalore cannot be replicated by any other player in his absence, according to former England opener Nick Knight. RCB conceded 215 runs in 20 overs against Chennai Super Kings at the DY Patil Stadium on Tuesday as they succumbed to a 23-run defeat.

Patel, who has left the IPL bio-bubble due to a family tragedy, was unavailable for selection as RCB suffered a hammering at the hands of Robin Uthappa (88 off 50 balls) and Shivam Dube (95 not out off 46 balls).

"He is such high quality and so so good at what he does," Knight said in Cricket.com's match review.

"Even if RCB bowlers had bowled them out for 120, they'd still miss Harshal because it might be 80. It's the feeling he gives his side. There are certain players when you give them the ball or the bat, you know everything's gonna be okay. That's what Harshal Patel gives them. My thoughts are with him and wish him all the best. He's going to have a huge impact on their success," he added.

Further adding on last season's Purple Cap winner, Knight felt there are not many alternatives for RCB at the moment with Josh Hazlewood playing his first match of the season.

"He can read the batter's mind and knows what they are thinking and bowls exactly what they don't. That's a great skill not many can do."

"No one's gonna fill it (Harshal's role), it's a given. I don't think no one else can do it as well as he does it. Probably Hazlewood would be the best option at the moment. He's gonna give them four good overs, but it's only his first game," Knight said.

Speaking about Dube, who hit eight massive sixes and five fours in his innings, Knight felt that the southpaw's aggressive start helped Uthappa with whom he added 165 runs for the third wicket.

"He was outstanding. There are number of headlines - Theekshana and Uthappa, but I would pick Shivam Dube. The great thing about his innings is that it got Uthappa going. Dube was hitting at the other end and as a batsmen, you don't panic because the scoreboard is ticking. Then you start hitting and fly on."

Sri Lanka spinner Maheesh Theekshana put in his best performance for CSK with 4-33. Knight felt that the big score helped the youngster get the wickets.

"It was a fantastic night for him. If CSK were blown away for 130, 140 or may be 150, we won't be talking about Theekshana. Nothing to take away from the spinners, but the dismissals mystery spinners get is when the batsmen are coming at you, under pressure. Last game he bowled four overs with no wickets and he didn't bowl any good or any worse today. When you don't have runs on the board, it's not so straight forward for these guys. It's the same with Jadeja. It's the game situation that brings spinners in a bit more," he said.

Chasing a stiff target, RCB believed they could win the game even after losing eight wickets as Dinesh Karthik brought them close with his 34 off 14 balls. However, Dwayne Bravo dismissed him in the 18th over which ensured CSK's victory. Knight felt Karthik's current form can earn him the finisher role in the Indian team at the 2022 T20 World Cup.

"DK is a fantastic fella. He did work with us during the English summer (India's Tour of England). As someone who knows him, I'm really feasting and enjoying on what he is doing. The one thing we came across when he met him was how much he loves the game. I think he is 36 and he's not thinking about retirement. He is absolutely loving every minute. If he can keep finishing games like this, there might be a role for him at the World T20," Knight said.

RCB lost their top four with 50 runs on the board on a good batting pitch. Knight felt that a lack of foundation cost RCB the game.

"On a surface like today, I thought the conditions were even. The powerplay was crucial and one of your top four has to set that up (chasing 200 plus) and guys in the middle can pick that up. That was the problem for RCB," the former left-hander said.

Mohammad Siraj had a poor start to the season as he claimed three wickets from five matches while conceding above 10 RPO. Knight felt that the Hyderabad pacer has been unable to replicate his control over fuller-length deliveries from the previous season.

"For me Siraj has been the bowler to look out for this year. The reason is that he has got much control over his yorker, in the competition last year and generally for the last 12 months. I was backing him to deliver that yorker and the fuller length consistently. Because he is unable to do that, his economy rates have been bad. He is an attacking bowler and a wicket taker. It's the fuller ball that is costing him," he said.