Nobody spoke a word against Ganguly: Arun Dhumal 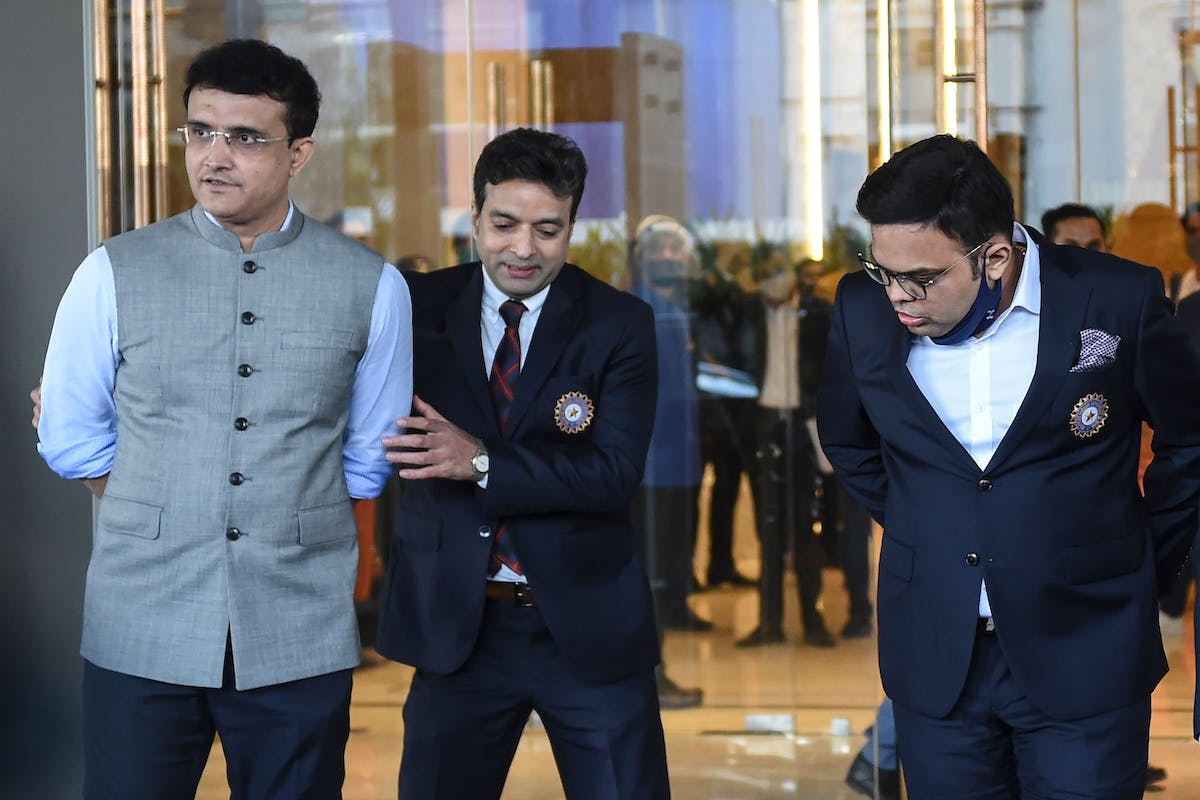 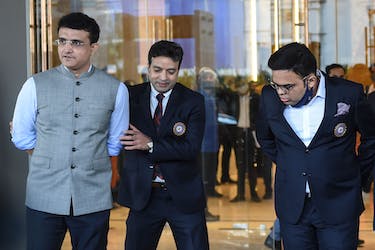 Nobody spoke a word against Ganguly: Arun Dhumal

BCCI's outgoing treasurer and next IPL chairman Arun Dhumal on Friday cleared the air over Sourav Ganguly not getting another term as board president, saying "nobody spoke a word" against the former India captain.

The next set of BCCI office bearers have filed their nomination and will be elected unopposed on October 18.

World Cup winner Roger Binny will replace Ganguly as the president, Jay Shah will remain the secretary, Rajeev Shukla will get another term as vice-president, Ashish Shelar will be the new treasurer and Devaijit Saikia the new joint secretary.

Speaking to PTI, Dhumal said Ganguly was party to all the decisions made before the nominations were filed.

"There has been no BCCI president who has served for more than three years in independent India. All this media speculation about Dada being told or a few members were against him, they are all baseless," Dhumal said.

"Nobody spoke a word against him. All the Board members were extremely happy and satisfied with the entire team and how BCCI was run in the last three years despite the challenges posed by COVID-19.

"Dada has had a very distinguished career as an India captain, one of the best ever leaders. As an administrator he took the entire team along and we worked as one team," he added.

Dhumal also went on to say that he would not have been part of the new team had Ganguly accepted the IPL chairmanship. Ganguly did not take the offer and now Dhumal will replace Brijesh Patel as the next IPL chairman.

"Dada was there along with Roger and the new set of people who went to file the nomination. Everything was discussed and Dada was also spoken to. He was offered IPL chairmanship, else Roger would never have had a chance, he is 67 (age limit being 70).

Dhumal said the high point of his tenure was two new IPL teams fetching more than Rs 12000 crore and the IPL media rights a staggering Rs 48390 crore for the next five years.

"We followed the most transparent bidding process. Even those who could not buy teams appreciated it," he said.

Talking about the new dispensation, he added: "Out of the five officer bearers three are new ones including the president, joint secretary and treasurer. This was after discussion with all the members.

"It is also about maintaining a balance and grooming new people for the future so that the board can run efficiently going forward. If the entire set of office bearers continued then nobody could be trained. It is a much smaller body now (after change of constitution)."

Dhumal also insisted that there was no politics behind Ganguly's exit.

"There is no truth to that. People may have different ideologies as we live in a democracy. When it comes to BCCI everyone's focus is on how to take Indian cricket forward."