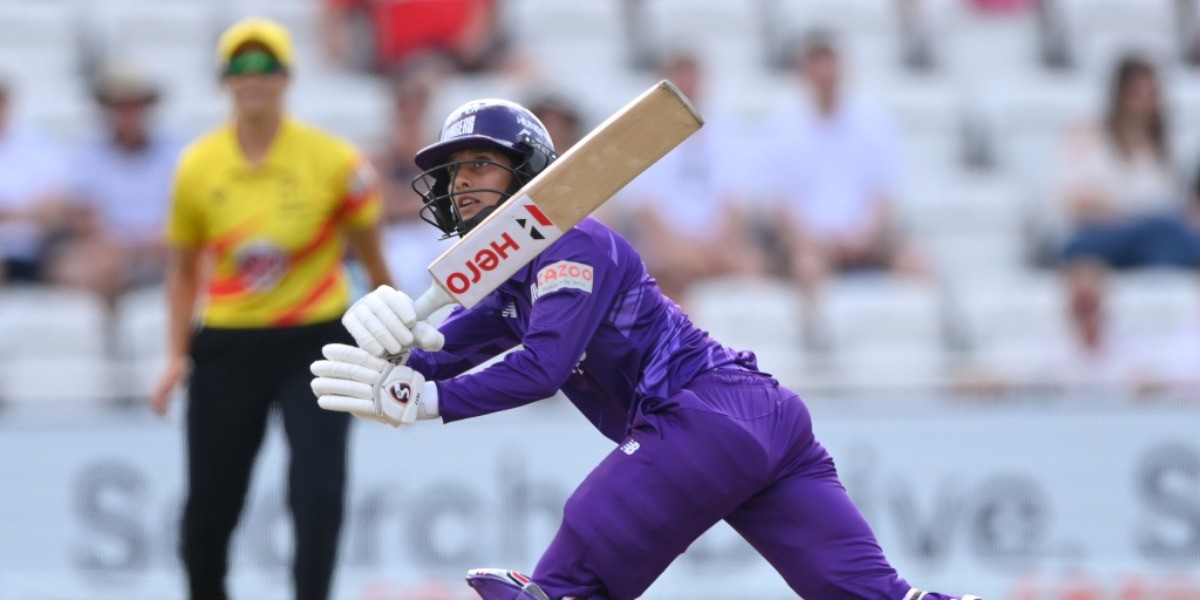 After an impressive start to The Hundred, India batter Jemimah Rodrigues registered her first low score of the tournament, when she was dismissed for a 10-ball 14 during the match between Northern Superchargers and Oval Invincibles at Headingley on Saturday (July 31).

The Superchargers went on to win a close contest by just four runs after putting up just 109 on the board. A breezy 30-ball 42 from Alice Richards eventually gave the Superchargers bowlers somethign to bowl at.  16-year-old Alex Capsey contiued impressive finishing with 2 for 9 from her 20 balls, which included as many as 11 dots. Tash Farrant, Mady Villiers and Grace Gibbs also picked up two wickets apiece.

In reply, Georgia Adams (26), Sarah Bryce (29) and skipper Dane van Niekerk (27*) got off to starts, but none of them could play a match-winning knock. With 10 required of the final five deliveries, Alice Richards gave away just five runs to hand Superchargers their third victory of the season.

This was also the Invincibles' first loss of the tournament. They take on Welsh Fire in their next game on Monday (August 2). Superchargers, on the other hand, play London Spirit on Tuesday (August 3).

Player of the match: Alice Richards