Not looking for other opening options besides Rahul, says Rathour 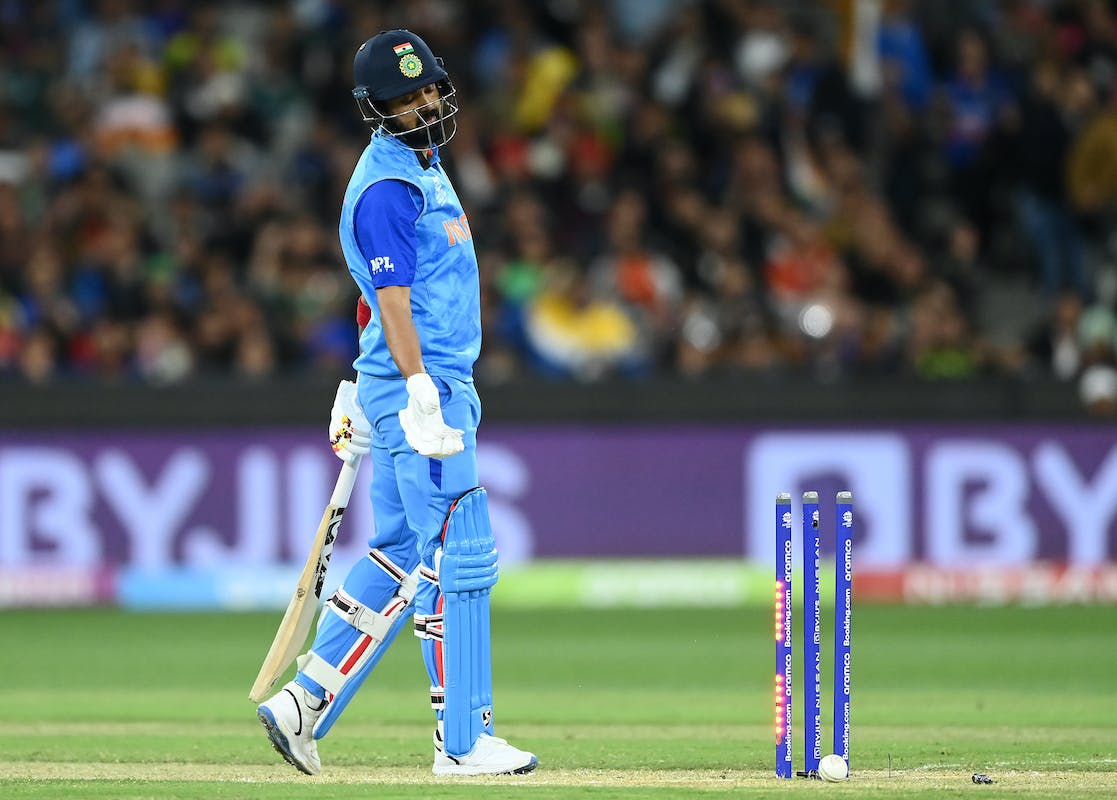 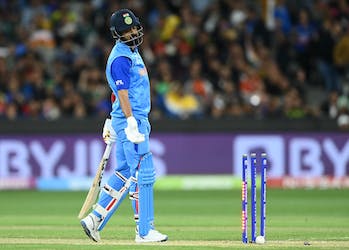 Not looking for other opening options besides Rahul, says Rathour

India have started the 2022 T20 World Cup in emphatic fashion. First they beat arch-rivals Pakistan by four wickets in a classic at the MCG which was followed by a comprehensive 56-run win over Netherlands at Sydney. The two wins have taken them to the top of Group 2. The bowling, without Jasprit Bumrah, has looked convincing while Virat Kohli has remained the backbone of the batting unit.

While things are looking quite good for India, the form of opener KL Rahul has been a concern for a while. Since the last World Cup, the Karnataka batter has scored 399 runs from 14 T20Is, at an average of 30.69 and average of 124.7. His five fifties in this period have come against Afghanistan, New Zealand, South Africa and Australia, but there were also five single-digit scores during this time, which include scores of nine and four in the first two matches of the World Cup.

Batting coach Vikram Rathour was confident of Rahul's ability and clarified that the management is not looking at Rishabh Pant to partner Rohit at the top.

"Two games are a very small sample size. KL Rahul batted really well in the practice games and we're not looking to give anyone else a go instead of him," Rathour said in the pre-match press conference ahead of the Sunday's clash against South Africa.

"Both batters need to complement each other looking at the surface. I'm sure when KL Rahul gets going, you'll see him to adopting an aggressive approach with the bat," he added.

India have gone with Dinesh Karthik as their wicketkeeper for the first two games with Rishabh Pant left out of the playing XI. Rathour said that the 23-year old's chance will come soon.

"Unfortunately we can have only eleven players. Rishabh Pant is an extremely good batter. We all know what he is capable of. The conversation with him is to just be ready for any chance that comes his way. Pant is continuously preparing and keeping himself fit," he said.

Rathour felt that the conditions on the matchday will decide the playing XI for the match while confirming that they will have four pace-bowling options.

"We already have four pacers in our XI including Hardik. We will decide our playing XI looking at the conditions tomorrow(Sunday)," Rathour said.

"The group of batters that we have in our team, don't think pace bothers us. We had a few practice at Perth before the start to get used to the conditions, knowing we have an important game here," he said off the conditions.

After finding his scoring touch with his maiden T20I hundred against Afghanistan in the Asia Cup, Virat Kohli has scored back-to-back fifties in the World Cup. Rathour is confident that the batting unit is ready to adapt to all conditions.

"We pride ourselves in playing whatever conditions and situation of the match. Virat Kohli has adapted that and performed brilliantly. Playing with intent is always the word for the batters. But we also need to keep in mind, the conditions and the surface. Don't think we're playing on 200+ surfaces, so we will have to adapt," he said.

India will look to maintain the top spot in Group 2 and solidify their semifinal chance with a win against South Africa, whom they have beaten 2-1 at home in a T20I series just before the World Cup.