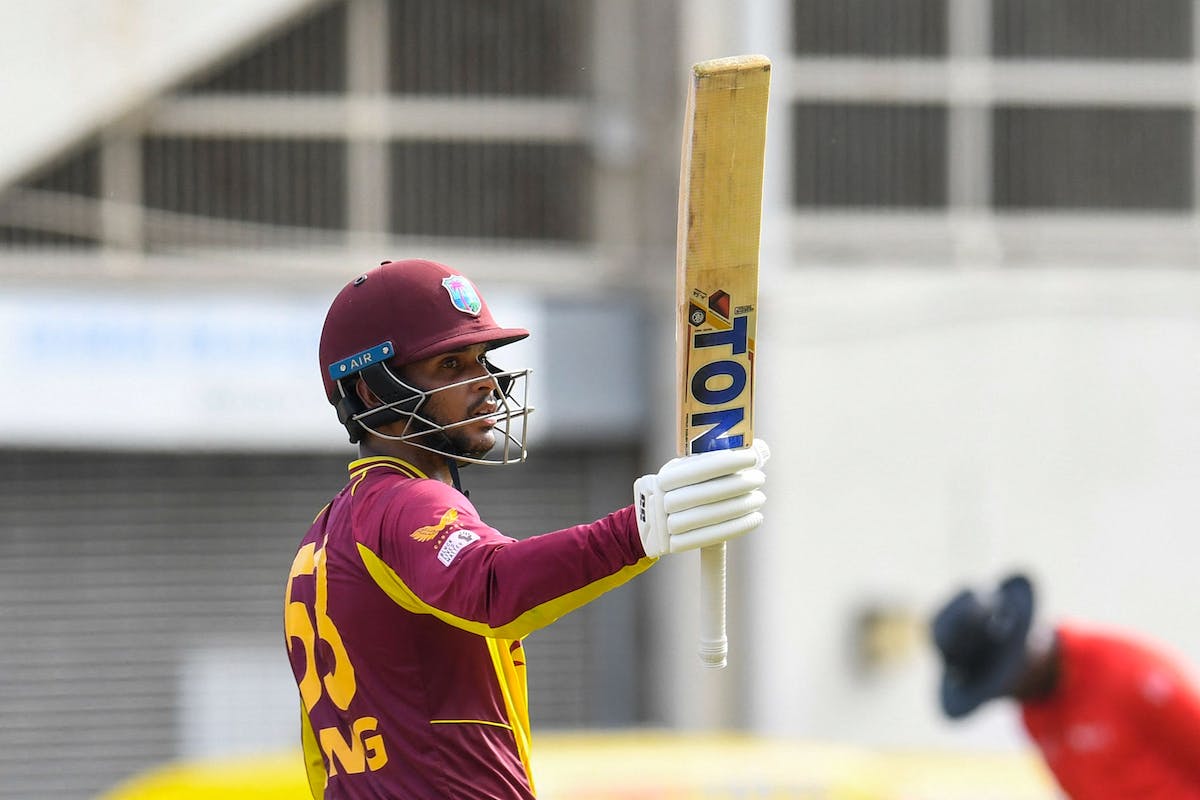 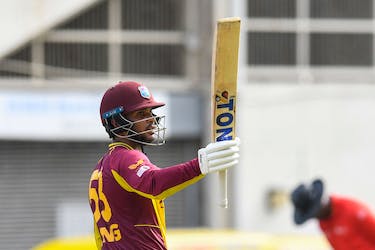 Chasing 146, the hosts got there with eight wickets and an over to spare

West Indies handed New Zealand their first limited-overs defeat of the year in cruising to a consolation eight-wicket win in the third and final T20 International (T20I) at Sabina Park on Sunday (August 14).

Odean Smith improved on his career-best T20I bowling figures for the third time in four matches as the fast bowling all-rounder claimed 3 for 29. That helped limit the Black Caps to 145 for 7 after captain Kane Williamson chose to bat first.

New Zealand had already wrapped up the series by margins of 13 and 90 runs in the first two matches. West Indies' platform for the comfortable win was established by openers Shamarh Brooks (56 not out) and Brandon King (53) in a 102-run opening stand.

"This was special, being able to give this performance at home," said King on receiving the man of the match award for his 35-ball innings.

"My job is the same no matter what total we are chasing, which is to get the team off to a good start."

Leading the side in the absence of regular captain Nicholas Pooran, Rovman Powell sealed victory in style off the last ball of the 19th over as the home side reached 150 for 2.

New Zealand struggled to establish any sort of batting momentum although Glenn Phillips was again in prime form, top-scoring with 41 off 26 balls before falling to Smith at the start of the 17th over.

"West Indies adapted to the conditions nicely and we just couldn't open up an end with the ball," Williamson conceded.

"Our focus is to achieve consistency in our performances."

Left-arm spinner Akeal Hosein, rested from the first two matches of the series, claimed 2 for 28.

He claimed the first wicket of the match when he bowled Martin Guptill in the third over.

This was a disappointing series for the veteran opener but with Sunday's score of 15, he at least had the satisfaction of raising his overall T20I run tally to 3,497, 10 more than India captain Rohit Sharma as the top run-getter in all T20I cricket.

Player of the match: Brandon King

Player of the series: Glenn Phillips