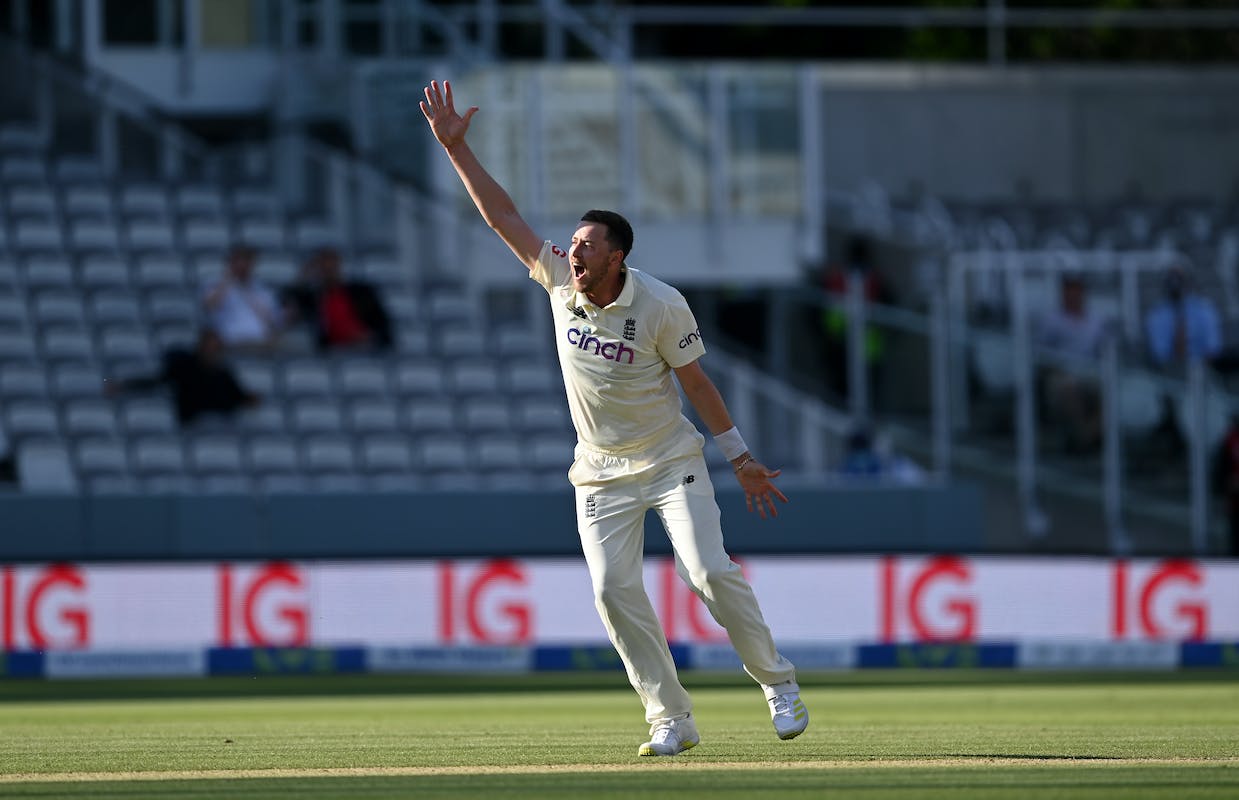 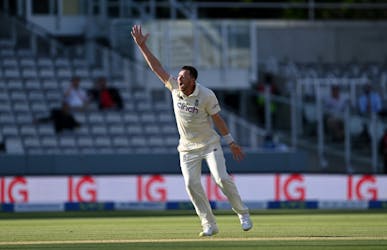 Spending almost 10 months in professional wilderness due to recurring back issues had Ollie Robinson considering retirement from international cricket. The 29-year old was ruled of England's March tour of West Indies due to the injuries which forced to him sit out a major chunk of County cricket with Surrey.

However, the pacer made a great comeback in the Test series in Pakistan this month and claimed eight wickets from four innings at an average of 18.37 as the visitors sealed the series 2-0.

"There were points when I didn't think I was going to play for England again, or play cricket again. I kept coming back to full fitness, then getting an injury or illness, then another injury. There was a point in June time when I thought 'I might have to look at what else I can do here, I don't think I'm going to be able to carry on playing cricket'. It's been tough and there has been some dark days, but tours and series wins like this make it all worthwhile," Robinson told Sky Sports ahead of the third Test.

England are on the cusp of sweeping the series in Karachi and Robinson is hungry for more wickets.

"Twelve months ago I was struggling to even get on the park. It's a really proud tour for me, in the fact my body has got through it, I've bowled well and I've proved to the world, almost, I can do it in any conditions. Not just for the team, but for myself. It's been a really good tour so far and hopefully we can win 3-0 this week," he added.

After seemingly unending period of back spasms, a change in training routines and seeking inspiration from Test skipper Ben Stokes, who himself has powered through mental issues and multiple injuries, Robinson was glad to be back.

"I had different types of scans. MRIs, X-rays. It was just a bit of wear and tear. Because there was so much inflammation, every time I got back to full fitness, the inflammation was there. It was jarring again and giving me another back spasm. I ended up having five injections, which took the inflammation away and allowed me to train a bit harder. Then it settled down. It was a strange one, because I felt it was career-ending, the way it felt," Robinson remembered the dark times he went through.

"You only have to look at Stokesy, when he trains, to look at how intense some people train. I've tried to get as near that as possible. Jimmy (Anderson) has played for 20 years now. He's a great role-model for me and someone I look up to," he said.

England have charted a new path under Stokes and head coach Brendon McCullum by winning eight off the nine matches so far.

"It's an exciting time for English cricket. We've done 2-0 and if we can do 3-0 it will be an amazing effort. The boys are prepared for one, last big push to get the 3-0 whitewash," Robinson said.