On a personal note to Cheteshwar Arvind Pujara 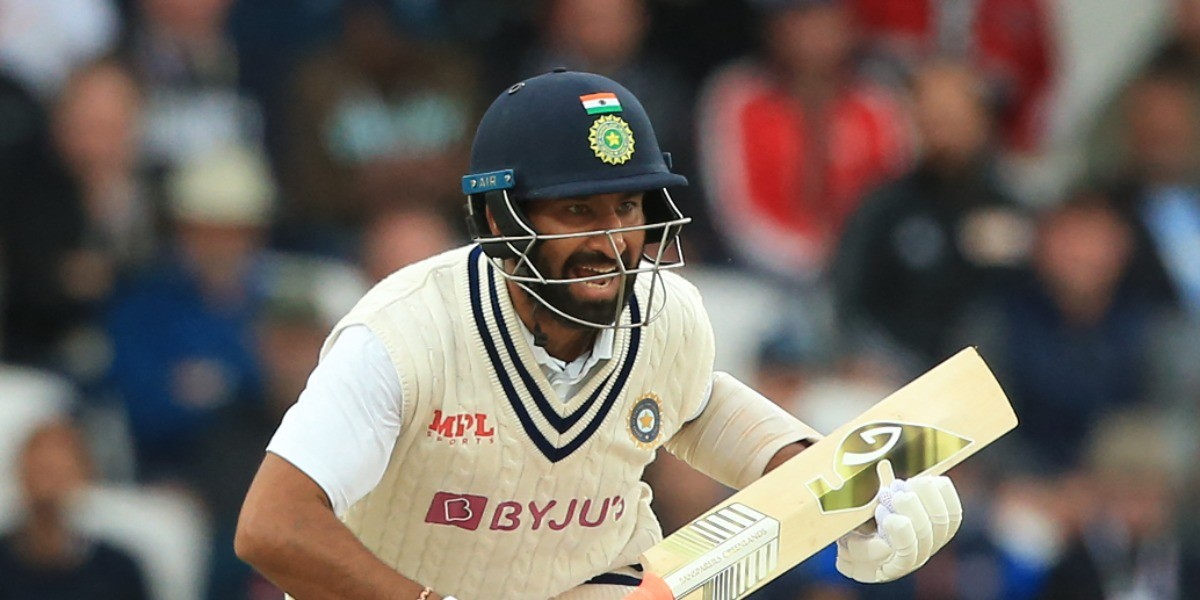 On a personal note to Cheteshwar Arvind Pujara

Thank you for not conforming, for being forever stubborn

Is it ok if I call you Che? Let me assure you, it is out of affection. Something that goes back to before you made your Test debut. Back then, I was blown away by your lofty scores in first-class cricket. But then again, I did not think a player from Saurashtra would make it.

You did. And I took pride in your every innings of note. It was a personal triumph. Look, there’s my boy, Che Pujara, the one I told you would make it. Oddly enough, I had not watched you bat before your Test debut.

But a few of us back then believed we were your Blogging Agents. And when you made your Test debut, I was speaking to Daniel Norcross on Test Match Sofa about you. Recall it was after your first innings’ no show. I believed then and told Daniel pretty much that you will turn it around in the second innings. I still do not know where that belief came from but it was there.

Our bond though, albeit one-sided, had been forged before that day. It was fueled, perhaps, by the need to push a cricket revolution – your image had already been morphed with Che Guevara’s. It was picked by the cricketing underground. It resurfaces on days when you lead a maiden series triumph down under or such. 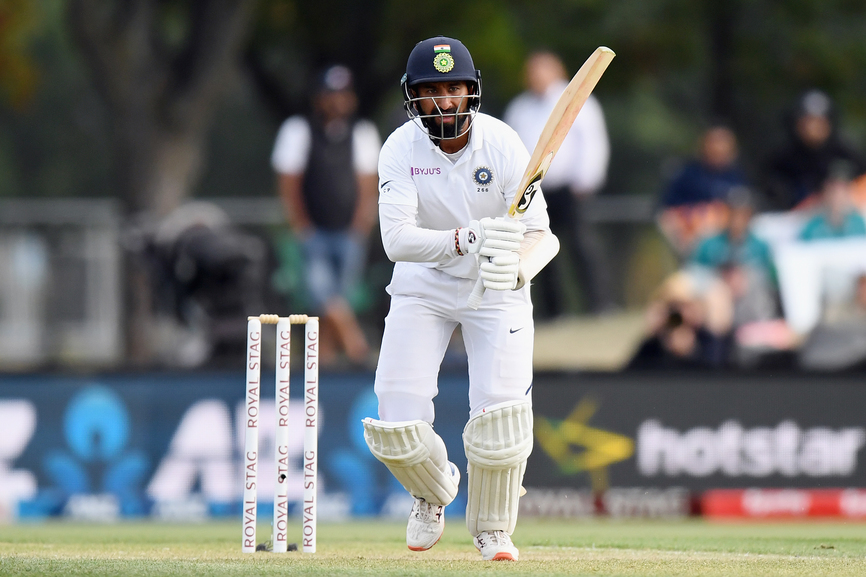 A confession: so consumed have I been by my own prophecy, that till date, I find you, even in your struggles, the most watchable Test batsman. When not struggling, it is another level. Because even then, you will coat such a lacquer of hardship and patience, it could well be Thomas Hardy penning your innings.

But a question I often find myself asking, more so now, as your batting average takes a hit, match after match, is this the end? And if not, surely, this is the final lap?

The line outside off lures your bat edges more often than not. Often it is that magical delivery, but when it is not, it’s here we go again. There was a phase where your preferred mode of dismissal was clean bowled.

Acceptable, all batters have their phases and fetishes. Yours, however, appeared to be put under the microscope far more. Even your herculean innings would pale if there was a series of unfortunate events. Then there were those in the com-box that would delight in your running between the wickets and fielding – chasing balls with your pads on. Face it, you can be quite comical, without any intention to be funny.

There was a time, you would be referred to as ‘Not the fastest of fielders’ with your twin knee surgeries often being added as an explanation. But because of how unusual you were and continue to be, as a sportsman and cricketer, in these new white ball dark ages – you are the odd man out.

And yet you have persevered. For over 11 years. 92 Test matches. 14827 deliveries. With even 15 sixes. (who cares, if Virat Kohli himself has hit only 25 Test sixes, that’s considered adaptability to the longest format)

On the 2nd Day of this Mumbai Test, when you deposited Ajaz Patel’s half-tracker over the boundary, they doubted, checked, double-checked. And it wasn’t even hitting the rope or shy of it, it was well over. But because it was Pujara. You could have hit the ball out of Wankhede, into the Arabian sea, they would’ve still checked.

You will walk off. With the same amount of no-fuss, as you will walk on. Deep down, are you a Kiwi? So much Zen, how?

It’s easy to not remember, that only recently you scored a 91 and 61 in England. That India won both these Tests. What is remembered are the 20s and naught that followed. It pains me to say, after the Kiwis reviewed their LBW appeal against you, (or was it before), I could almost smell your dismissal. The LBW was a not-out, but next ball you were clean bowled to Ajaz Patel, going down the wicket to him. When did something like that happen last? 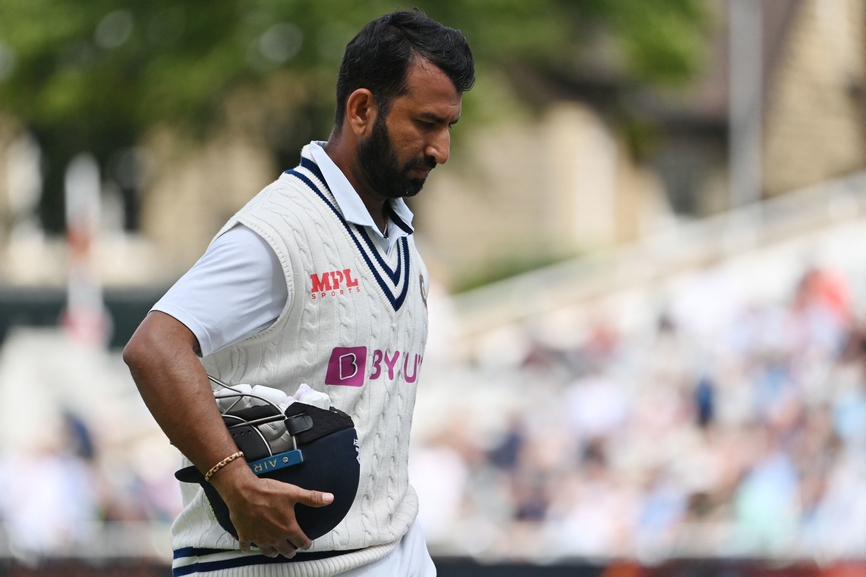 In the second innings, you started with such fervour, boundary after boundary, as if you had been freed of all burden. You were not-out overnight, in the morning, you took to the spinners again.

Then there was that familiar painful passage – of the ball pounding you. Memories of Australia came rushing through. The Kiwis had resorted to bodyline. Gavaskar resorted to taking credit for the arm guard. You had the arm guard on.

Ball after ball at the body. After the arm, one on the back. No back-guard it seemed. You weren’t scoring much either. And then, Ajaz Patel snared you. You did open the innings. 47 runs. 6 4s and that solitary six. The one they checked and checked. Ironically, they checked and checked your dismissal too. Your 92nd Test, the third umpire was taking a leaf out of the Pujara handy book - make it last longer.

Neither you nor Ashwin are strangers to being omitted on overseas’ tours. But yes, the mini-pounding in Mumbai, did bring to mind what the fierce pace and bounce of Nortje and Rabada could do on their home turf. Particularly to you. Good luck. But you and Tests in the Southern Hemisphere have this habit of writing stunning scripts.

Back in the summer of 2017, Sidharth Monga and I started speaking about you. It was an unusual correspondence – entirely on email. We went back-and-forth many times, entirely focused on you. Sidharth’s piece appeared, there were conversations with you, your father, your cricket. It was riveting. To read about Sidharth ask you about Che Pujara. To read that you were unaware of the moniker. The oblivion was wonderful. I wouldn’t have expected anything less of you.

My opinion of you is somewhat contrary to what the media and even some of your more extroverted teammates have of you. This opinion I have held as way back as 2011, when along with Sharda Ugra, I spoke of leadership, captaincy and star players on NDTV.

Then, as now, I do believe you will make an astute captain. I have followed your travails with India A in the West Indies, batting with the tail. Saurashtra too.

The vice-captaincy has been fleeting in the New Zealand series. In South Africa, in all likelihood Rohit will be Kohli’s deputy. Your most emphatic form of leadership will be with the bat. After tough days, of which there will be plenty, if you score, expect to be asked to speak to the press. Something that you revel in.

Here’s to making it to 100 Tests and 7000 runs. Prove the naysayers wrong. Prove me wrong too.

When it’s time to say goodbye, hope you leave with a whimper. Or what is often mistaken to be a whimper. Hope you outdo yourself. Hope you take 100 deliveries to get off the mark. And when you do, I hope you raise your bat to a standing ovation. Here’s to never conforming. Here’s to being forever stubborn. Here’s to you, Cheteshwar Arvind Pujara. Here’s to stretching five days. Here’s to the last Test batsman. Here’s to the vanishing art of denial.