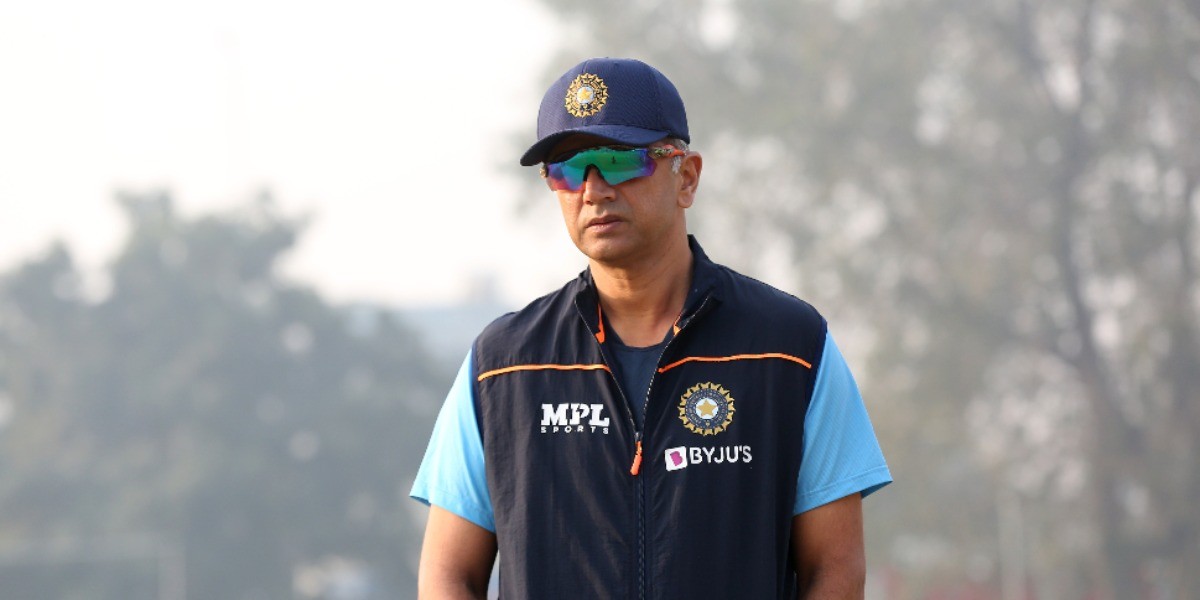 In that summer of ‘96, we both were at the Delhi airport, catching a flight westwards. I did not see you, but I spotted your Karnataka mate, Venkatesh Prasad from afar. I raised my hand, he raised his, so high, as if he was prepping to release the ball.

Then in spring, 2012, as I prepared to leave for another airport, your retirement announcement started to play out on TV. I uncharacteristically delayed my departure so I could take in the full import of your farewell to the game.

A few hours later in the pool, the hotel pickup turned out to be a swimming instructor. He regaled me with his cricket stories; how he was on the verge of playing for Goa. Then politics did him in. And somebody’s son took his place. I took this opportunity to talk about you. He was more interested in Ganguly. You know how that pans out.

Then in 2015, you delivered the MAK Pataudi lecture. You spoke, unusually, of altered bowling actions because kids were made to bowl the full 22 yards. On one of my jaunts past Madan Lal’s cricket nets in Siri Fort, this compelled me to intervene.

But what are these personal anecdotes? Some, where you weren’t even there. They’re personal, because, I knew soon enough, that this was personal. When in your debut series, you fell short of your Test hundreds repeatedly, and Sourav scored his, I knew. This would be ache and triumph in equal measure. That when your Test batting average started to slide below Tendulkar’s, threatening to go below 50, I wanted this to end.

It came to that. That you even made your T20 International debut after that. What was that? It seems so far away, I had to check the stats, three sixes really. You did not play another T20I.

After that England series, a home series, against the West Indies: another Test ton, two more fifties.

Sitting in the Kotla pavilion, with Nikhil Kalaan alongside, I watched Fidel Edwards go right through you; he went right through me too. Hell. It’s come to this. Another clean bowled. That’s how it would read, right? The cracks in The Wall. Such an occupational hazard: You’re called The Wall, the headlines come readymade. They gnaw at you, like insects, like vultures, and somewhere, if you’re prone to introspection, which I suspect you are, is this it?

But it wasn’t, was it? Could you have called it off then? In England, before that, on a high? It’s so way back, more than a decade back, why now? But, I will repeat, this is personal. This is all the pain I chose to take on, for it came with so much joy. So that when you walked away, it was worth every moment. Every f***ing moment.

The legs will move, the blood will flow

Take it easy, nice and slow

Do it little by little, blow by blow

I watch the ball, can’t watch my back

The knives are out, want me on the rack

Looking for luck, needle in a haystack

Forget the world, stare at a bird’s eye

Open your mind, open your stance

Look at the field, give it one more glance

I hear voices and I hear noises

I hear raves and I hear rants

I hear don’ts and I can’ts

Blank the crowd, blank the bowler

Out of form, song written for Rahul Dravid in November, 2008.

Those Gregg Chappell years, when the two of you were clubbed together, when he was busy calling a spade a spade, putting both Ganguly and Tendulkar under the microscope; I even saw some reason to all the upheaval.

That early 2007 World Cup elimination was way more painful because you were captain. Rising above all that ODI gloom though, is that straight six off Alan Donald. And an innings against England, where you scorched the square boundaries, like some maverick trying to make a first impression.

I often wondered about perception, still do. And this puts it squarely in a comparison with Ganguly. If you look at the numbers closely, there’s hardly anything in them: Averages of 39.16 vs 41.02. Strike rate of 71.23 vs 73.70. It’s another thing, if you’re comparing either of you with Tendulkar’s ODI record, but Dravid vs Ganguly in ODIs, really?

Sure, he has 10 more ODI hundreds, but he played largely as an opener. The Test comparisons are a non-starter, you’re streets ahead. It is accepted belief that Ganguly was and is a born leader, and his greatest accomplishment as a player was captaining India followed by taking his shirt off at Lord’s. He did far fewer ads then too. The most compelling, when he returned with a smirk and a “Dada ko bhule toh nahin?”

But yes, there is a dynamic between you and your peers from that era. This is not to redefine it, but for me to put it out there, to question certain preconceived notions. And while we’re on this, declaring with Tendulkar on 194, that was acceptable too. You probably would’ve declared with yourself on 194. Here’s hoping you influence another such decision as coach. Nothing like an unpopular declaration with someone on the verge of a milestone. More so in milestone obsessed India. You thinking that 100th 100 too?

This s not clear cut, or chronological. This is led by a swirl of memories. That used to nibble at me, now they don’t seem so distant – for, you’re back. You’re no longer an India A or India U-19 coach, you are Team India coach. I did not expect you to take this job, yet I do not question why you did. It’s probably the most sought after coaching assignment in cricket, the most well-paying too. Is it worthy of you? And what Indian cricket comes with? This is limelight, this is political, often messy, seldom not Machiavellian. You’re only too aware how it panned out for your mate, Anil Kumble. Of course, that was a time when the captain was all-powerful. So much has changed in the last few months. So much more could in the next few weeks. You probably had this figured out, you understand Indian cricket, as one understands a dysfunctional family and accepts it for what it is. That really is something. You also have accepted that your life is cricket, not from the sidelines, but in the thick of it. Through thick and thin.

Barely a few overs into your coaching gig, when New Zealand got a move on, you made a move on your nails. I was watching. Then some brilliance on the field, and you patted R Shridhar, your fielding coach, on the back. There was much mirth around. When a player reached a milestone, you stood up, applauded. There was so much decorum to the clapping, it could’ve been a book launch at the Lit fest.

But then there are the Tendulkar mimicries, and we all know, there’s this other side. Like that ‘Indranagar ka gunda’ ad. Like that yin and yang you had with Virender Sehwag.

Thanks for the 46, 564 deliveries you faced as a player in international cricket. Here’s to many more as coach. I’m confident, sitting on the sidelines, you’ll be happily taking a few on the body, on your chin, in the post-match. Thanks for not once using the word, ‘intent’ in Kolkata after the series win. Here’s to new beginnings in India cricket. Where the only deception is on the cricket field.

One down open middle order flip

One day no way go away hick

Written for Dravid in 2008. The latest verse is waiting to be written.