On Australian boundaries, that pull shot has got Rohit into trouble: Gavaskar 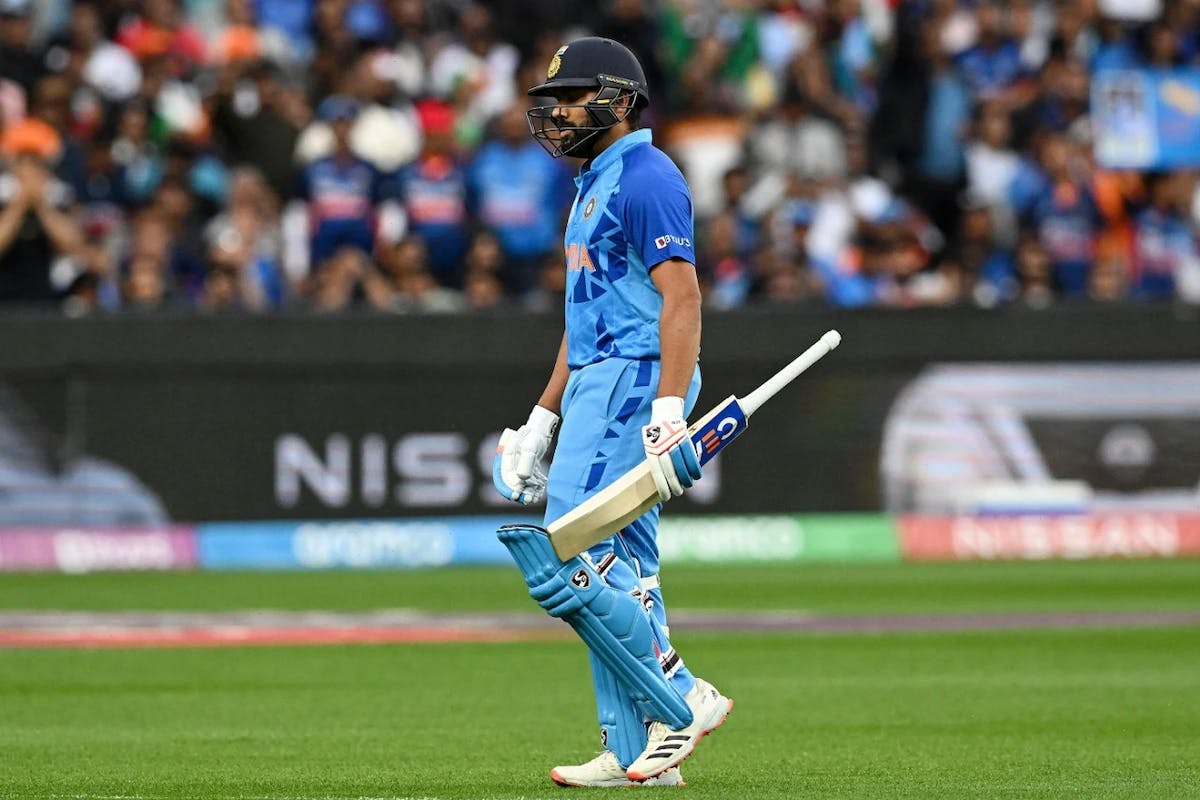 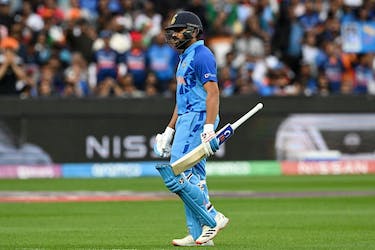 On Australian boundaries, that pull shot has got Rohit into trouble: Gavaskar

India are through to the semi-finals of the 2022 T20 World Cup in Australia but skipper Rohit Sharma has struggled to get going in the showpiece event. The right-handed opener has only managed 89 runs in five innings at an average of 17.80 and a strike rate of 109.87. His only half-century (39-ball 53) came against the Netherlands and even there he looked far from his best.

The surfaces in Australia have provided a lot of assistance to the fast bowlers, especially with the new ball, and most of the top-order batters have found it tough to score freely in the powerplay. The boundaries are quite bigger and we have seen many catches taken 5-10 steps inside the fence.

We all know how much Rohit enjoys playing the pull shot and has got out three times in five innings playing that shot in this tournament. In 2022, the 35-year-old has a strike rate of 254 while playing a pull shot but has also been dismissed eight times. Former India captain Sunil Gavaskar doesn’t want Rohit to stop playing his favourite shot but wants him to be slightly more smarter.

“What’s been happening is, he himself, as the captain of the team, has set this template in the first six overs to go bang, bang, and bang. Suddenly, he can’t be seen looking to work the ball around. He is always a good puller of the ball. But on Australian boundaries, that pull shot has got him into trouble,” said Gavaskar on India Today.

“We saw that two years ago as well, he got out twice by playing the pull shot after having scored 40-50 runs (in Tests). That’s got him into trouble again. In a T20 format with just one fielder in the first six overs, he has got to be mindful of the fielder and play the pull shot. It’s a productive shot for him, let’s not forget that.”

The Men in Blue won four of their five encounters in the group stage and will now take on England in the semi-final in Adelaide on Thursday (November 10). And, Gavaskar is hoping that Rohit comes good in the knockout stage.

“Well, let’s just hope he is saving the runs for the next two matches. They are going to be the biggest matches. In a group game, you know there’s another game to follow, so you maybe sometimes try a little too much and get out.

“Now, these are knockout games. In a knockout game, you can’t afford to experiment too much. You need to be at your best. Let’s hope that Rohit comes good."

Suryakumar Yadav, the world's number one T20I batter at the moment, has dazzled in this T20 World Cup, playing four scintillating innings in the Super 12 stage to help India reach the semifinals of the marquee event. Against Zimbabwe, he smashed an unbeaten 61 off 25, sending the ball to every corner of the field.

"Each of those innings was pretty much 360 degrees. He is the new Mr. 360 degree. There was that one shot that he hit for a six just to the left of the wicketkeeper. Then he went a little squarer in the final overs, for example, taking advantage of the angle that the bowler was trying to aim at. Then also the lofted extra cover drive, he has got every shot in the book. There was a straight drive as well," said Gavaskar.

He feels Suryakumar is the reason India has succeeded in scoring totals they could defend. "He is actually turning out to be the player who is taking India to totals which you can defend. The score India got was the highest T20I score at the MCG. Without his 61 not out, India would not have reached even 150.

"I think at the moment, there are two batters who are in prime form, Kohli and Suryakumar. It was also good to see KL Rahul get yet another half-century, but he has to look to get more than that for a simple reason. If Surya doesn't fire, then India will struggle to get 140-150. It's therefore very important for Rahul to keep going