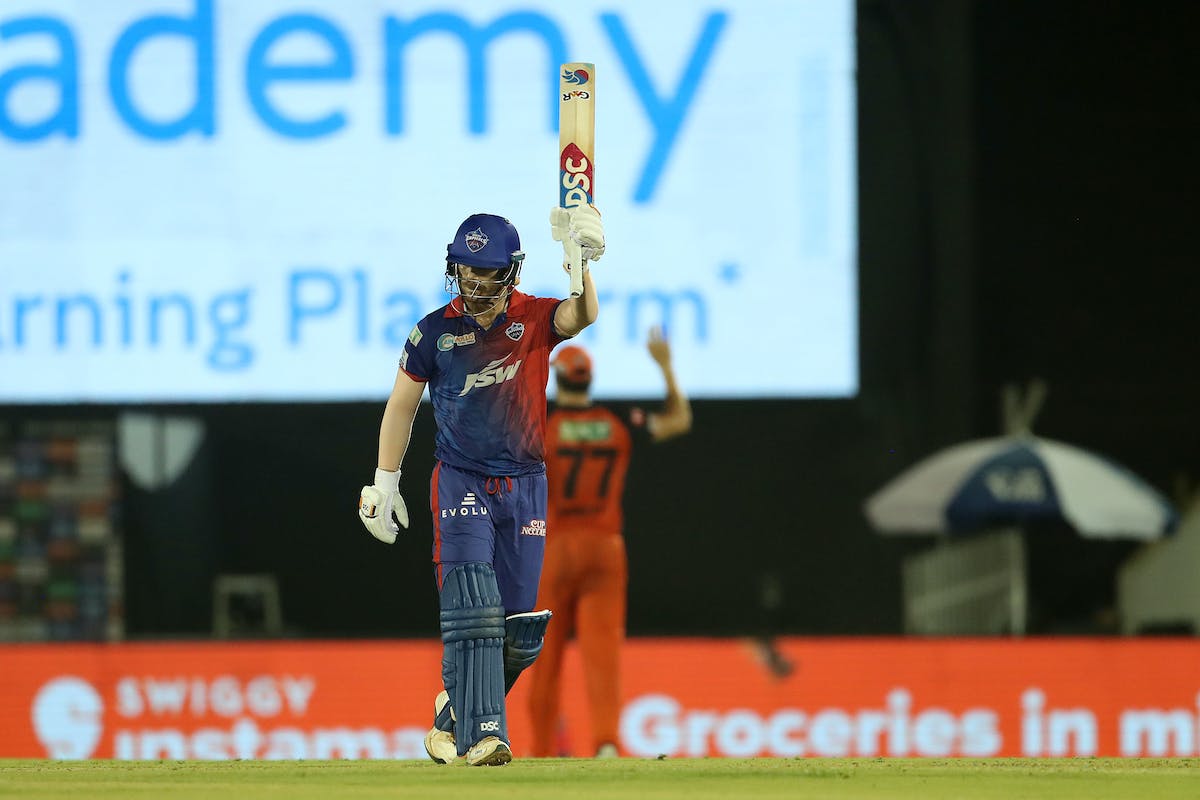 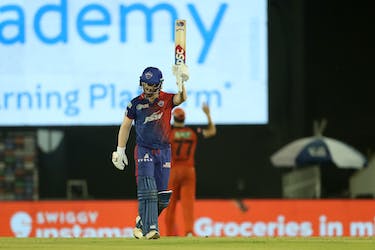 Playing against his former franchise, David Warner was at his brutal best, slamming 92 runs off 58 balls to guide DC to 207/3 in 20 overs

David Warner scored unbeaten 92 runs off 58 balls against Sunrisers Hyderabad to help Delhi Capitals to 207/3, which they successfully defended to secure their fifth win of the tournament. Warner slammed 12 fours and three sixes while registering a 122-run partnership with Rovman Powell that now have helped them to the No. 5 position on the points table.

Delhi Capitals skipper Rishabh Pant was all praise for the opener's grand knock, saying it was one of the best innings he was witnessed from the sidelines.

"The way he batted, the way he paced the innings, it's one of the best innings I have seen (in the Delhi camp)," said Pant at the post-match presentation.

Powell smacked three fours and six maximums in his 35-ball 67* and was another instrumental figure in ensuring that Delhi Capitals have the edge over their counterparts even before the run-chase began. Powell's big-hitting prowess has definitely impressed Pant, who stated that the team always had the support firmly behind Powell.

"We knew what he (Powell) can give us, we backed him and he's coming out with flying colours now. We are just taking one game at a time and trying to give our 100%. Good and important win for us."

Playing against his former franchise, Warner said he did not need extra motivation.

"It's a really nice wicket, I've had some success here. I knew if I played my strokes, it was going to come off. Challenging here in Mumbai with the humidity and I was cooked there towards the back end, I am getting older. Having Rovman at the other end was amazing. I didn't need extra motivation, we've seen what's happened before, it was good to get the win," said the Australian.