One step away from conquering Asia, Sri Lanka dare to dream 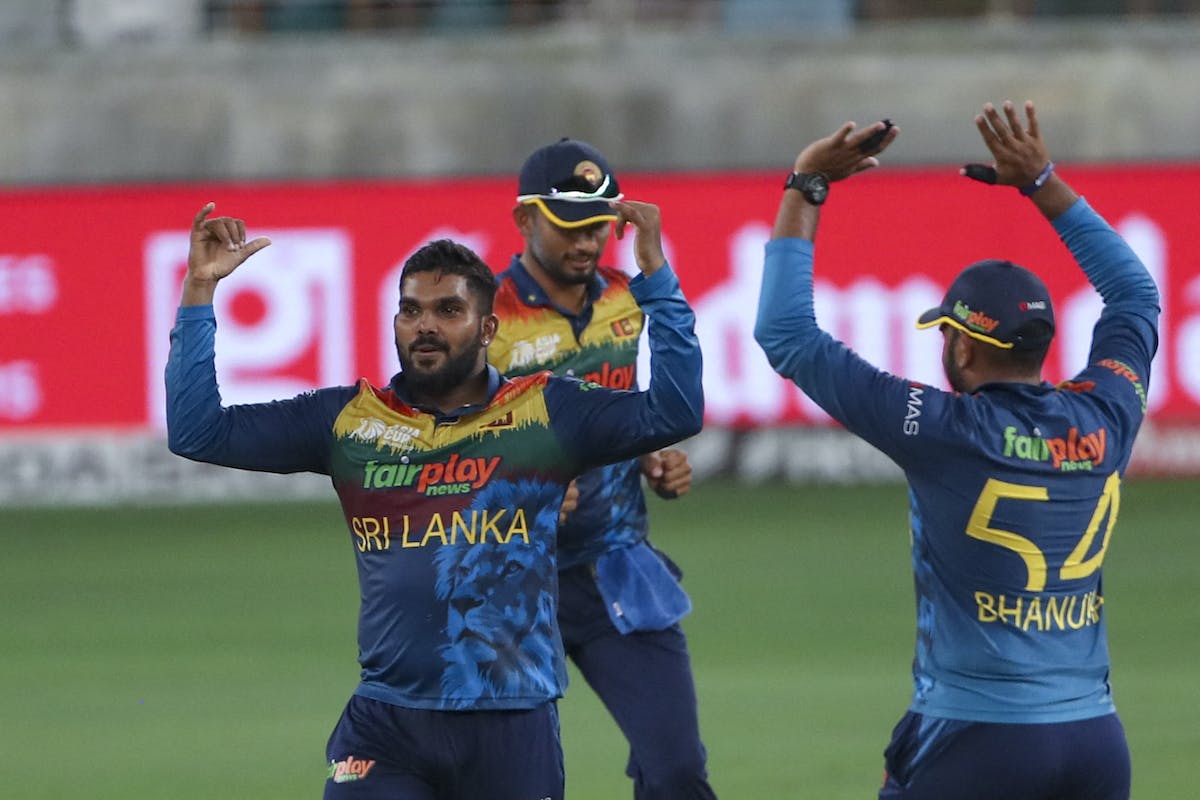 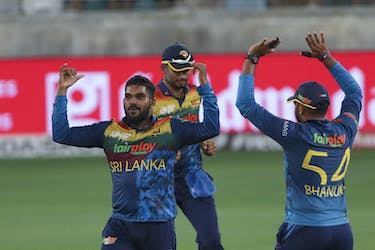 One step away from conquering Asia, Sri Lanka dare to dream

All this while Sri Lanka have been playing fearless cricket, knowing they have nothing to lose, but the narrative will be different come the final

There’s this famous Instagram Reel template (or Tik Tok, if you’re not from India) that goes, “How did I go from this, to THIS?”. If you’re a regular Instagram user, there’s a 90% chance you’d have come across at least one reel of this template. The words written above are read out by an irksome automated voice.

Either way, you feel now that Sri Lanka’s journey in this Asia Cup would make for a good reel of the above-mentioned template. “How did they go from this (77/4 vs Bangladesh chasing 184, staring at elimination) to THIS? (Asia Cup finalists, having steamrolled all sides in the Super Four).

Sri Lanka were not supposed to be here. ACC, let’s be honest, did not wish to see them here, nor did the host broadcaster Star Sports. This Sunday was supposed to be the last of the three India-Pakistan clashes, the organizers sketching up the most ridiculous of formats to give the best chance of India and Pakistan playing each other thrice.

Somehow, Sri Lanka, against all odds, have instead made it to the finale.

But as we’ve been witnessing since the T20 World Cup last year, there’s just something about this Sri Lankan side — you can’t quite put a finger on — that makes the bunch special. They’re unbowed, unbent, unbroken and there’s just that inherent unrelenting fight that enables them to rise against the odds.

And so they’re here. In the Final. Rightly. Deservedly.

All this while this Asia Cup Sri Lanka have been playing fearless cricket, knowing they have nothing to lose, but the narrative will be different come the final; there’s everything to play for. The stakes, come Sunday, are higher than ever before: one more win and they’ll be champions of Asia for the first time in 8 years.

So, Dasun Shanaka & Co, have you got one more special performance up your sleeve?

What if Sri Lanka bat first?

So far this Asia Cup, at least in the games that have really mattered, Dasun Shanaka has been doing an Aaron Finch and calling it right at the toss. We know just how big a role toss plays in the UAE, and so Shanaka winning the last four tosses —and invariably chasing — has aided the Lankans in their quest to make the final. But what if the toss does not go Sri Lanka’s way come Sunday? What if they’re forced to bat first.

Recent history tells us that it’ll spell disaster. Not just due to the fact that the match will be played in Dubai but simply because Sri Lanka, of late, have been hideous whenever they’ve batted first.

A few paragraphs ago we mentioned how Sri Lanka are “unbowed, unbent, unbroken and there’s just that inherent unrelenting fight that enables them to rise against the odds” but this spirit seems to get invoked only when they’re chasing. What’s the reason? Nobody knows.

Shanaka, then, funnily enough, is probably under pressure to win the toss on Sunday. If not, his side will have to put up their best showing in nearly two years — while batting first — to lift the trophy.

Pakistan need their batters to wake up from slumber 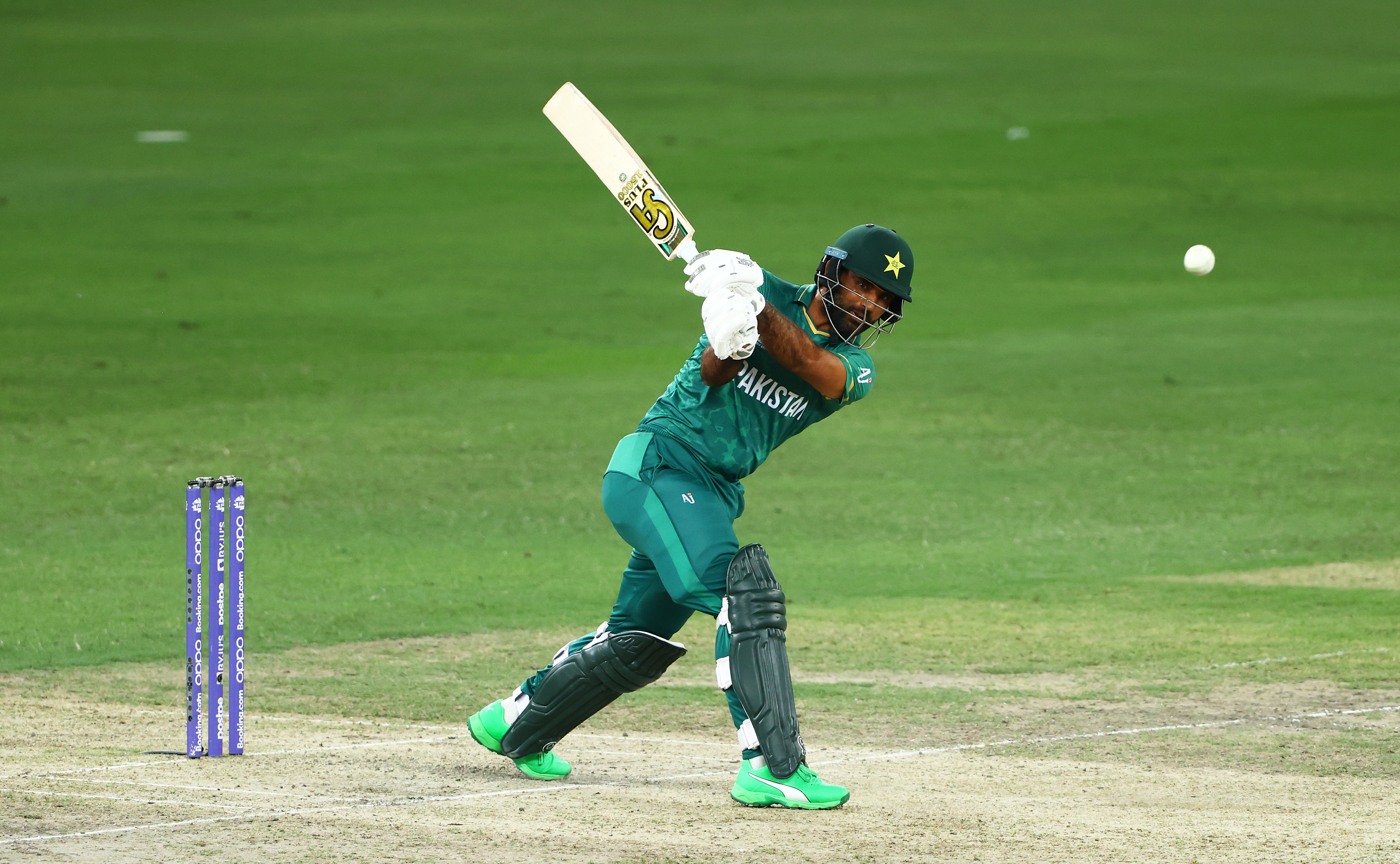 As a collective batting unit, Pakistan have been so poor this Asia Cup that, in a way, it belies logic that they’re in the final. Mohammad Rizwan has been outstanding, having accumulated 226 runs at an average of 56.50, but it’s been a collective no-show otherwise, with no other batter even amassing 100 runs in the tournament. In fact, outside Rizwan, no one averages even 25.00.

The Men in Green have been carried by their bowlers this Asia Cup (even with the bat, hah) but if they’re to go and lift the trophy, they’ll need their batters to wake up from their slumber.

We can cut the lower middle-order (Khushdil, Shadab, Asif Ali et al) some slack but the likes of Babar Azam, Fakhar Zaman and Iftikhar Ahmed cannot afford to be passengers come the final. While Babar has had a nightmare-ish tournament thus far, it’s been painful to watch Fakhar Zaman bat.

Take away the 41-ball 53 versus Hong Kong and his strike rate in this Asia Cup reads 84.3 (43 off 51 balls). Zaman has looked like a shadow of his destructive self and has been doing no favors by playing one negative impact knock after another. But given the southpaw is known for his uncanny ability to magically step it up in ‘big games’, Pakistan would be hoping that Sunday sees the return of the Zaman that took to the field against Australia in the semi-finals of the World Cup last year.

Iftikhar has not been as poor as Zaman but 73 runs at a SR of 100.00 is hardly glittering. Having now become a permanent member of the side, the 32-year-old, too, will need to raise his levels.

Rizwan can’t do all the heavy lifting by himself. Even if the wicket-keeper batter has a field day, him being a lone warrior might not suffice against a Lankan attack that’s blessed with incredible variety.

Expect Sri Lanka to retain Dhananjaya de Silva in the XI ahead of the struggling Charith Asalanka. As he showed with his spell of 1/18 off 4 on Friday, de Silva can be a handful with the ball even on days he doesn’t contribute with the bat. Also it will not be a surprise if Pramod Madushan keeps his spot in the XI ahead of Asitha Fernando, who one suspects was dropped for Friday’s encounter and not rested.

Pakistan made quite a few changes in Friday’s encounter to give certain key players a rest. Shadab and Naseem will walk back into the XI ahead of Qadir and Hasan Ali respectively.