Onus on Smith as rain threatens to dampen the spirits 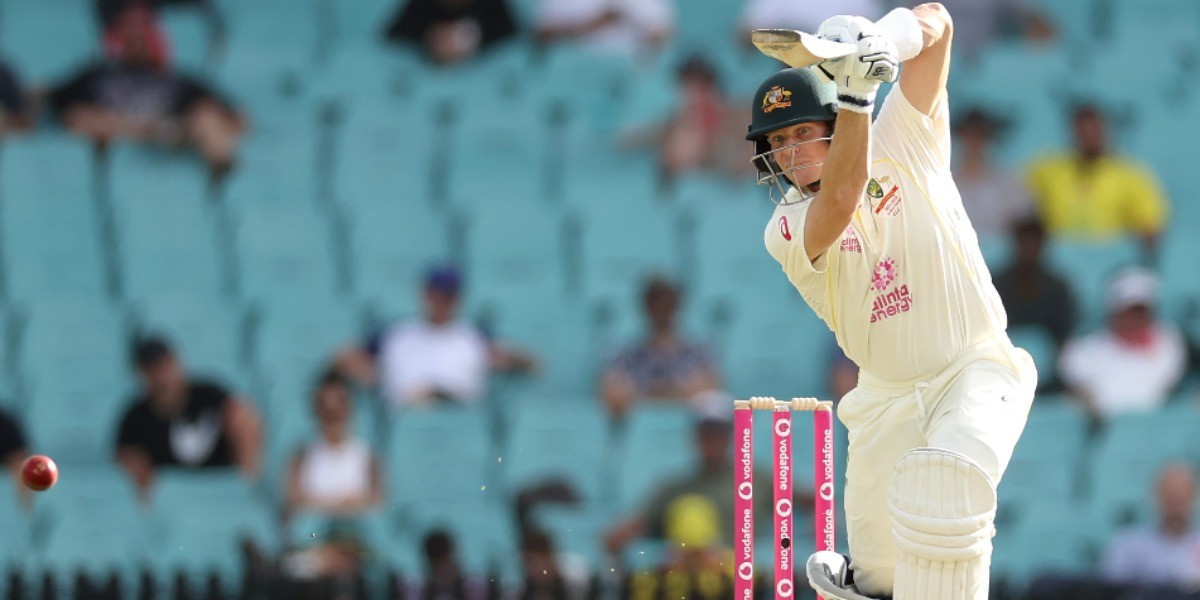 Onus on Smith as rain threatens to dampen the spirits

Over the years, the Sydney Cricket Ground has produced inspiring tales of success that have gone down in the glorious history of the sport and are etched in the memory of every cricket-loving fan.

The last match played at this venue witnessed sheer grit and determination from Hanuma Vihari and Ravichandran Ashwin to defy the odds and help India hold onto a hard-fought draw.

With the series done and dusted at the Melbourne Cricket Ground, England and Australia set foot at the SCG on the opposite end of the spectrum with varied goals.

While Australia will look for a clean sweep and start a new era under Pat Cummins in an emphatic fashion, England needs to salvage some pride in the following two matches after their horrendous outing in the ongoing series.

In a rain-delayed toss, Pat Cummins walked out in front of his home crowd to lead the formable Aussie outfit for the third time in his career. On the other hand, Joe Root recorded a special feat as he became the first player to lead England in 60 Test matches surpassing Alastair Cook's record of captaining in 59 games. 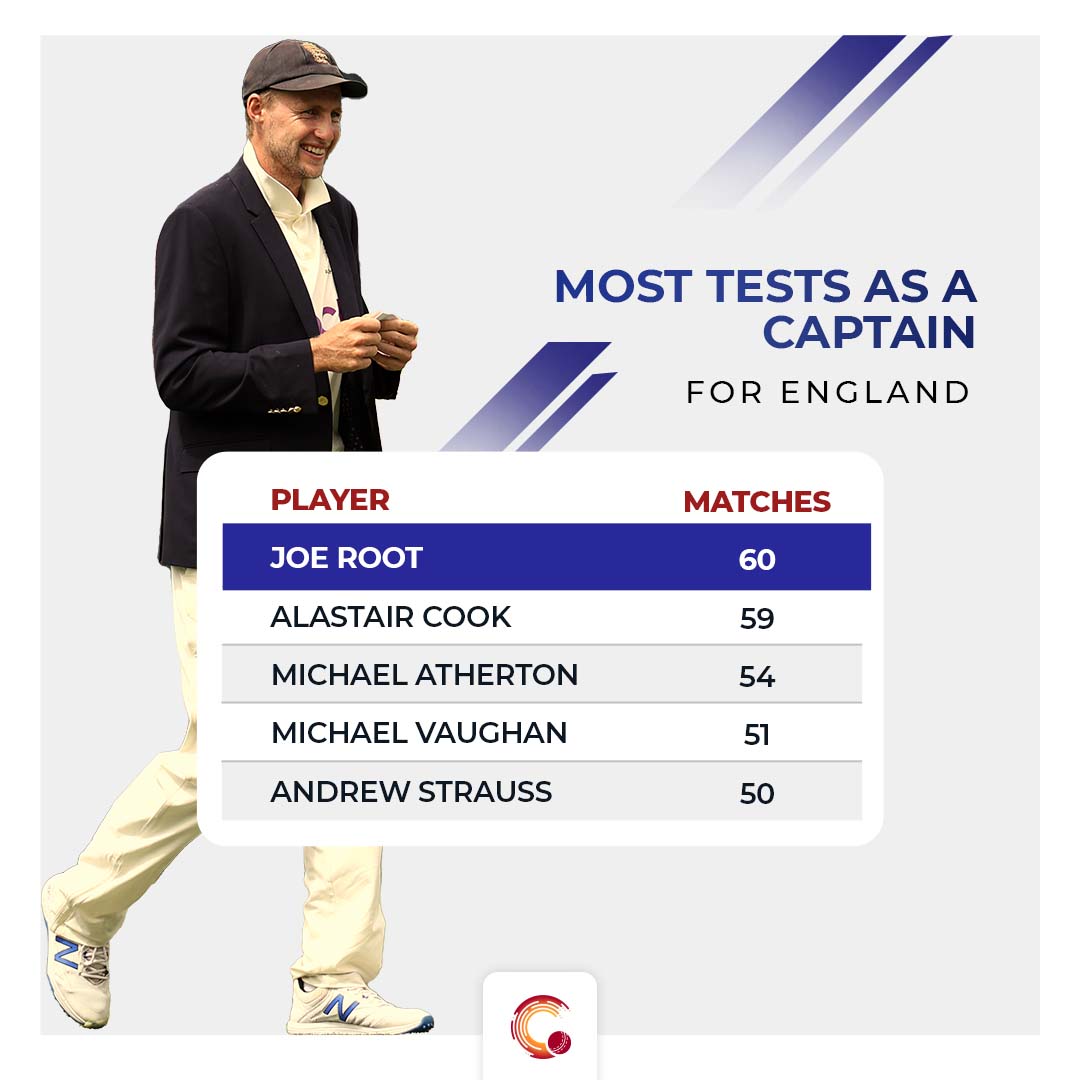 After being asked to bowl first with overcast conditions on offer, England unleashed their new ball attack of James Anderson and Stuart Broad. However, the duo failed to make the batters play in the first ten overs of the innings and allowed the opening combination of David Warner and Marcus Harris to steady the innings and stitch a vital 51-run partnership.

Warner was the aggressor of the two as he scored 30 studded with six boundaries before being undone by Stuart Broad. Despite the stutter, Harris and Marnus Labuschagne continued to accumulate the ones and twos before England bounced back with twin blows in the final hour of play.

Plying his trade for England in Tests for the 169th time, Anderson produced the edge of Harris bowling over the wicket to pick up his first wicket of the day. 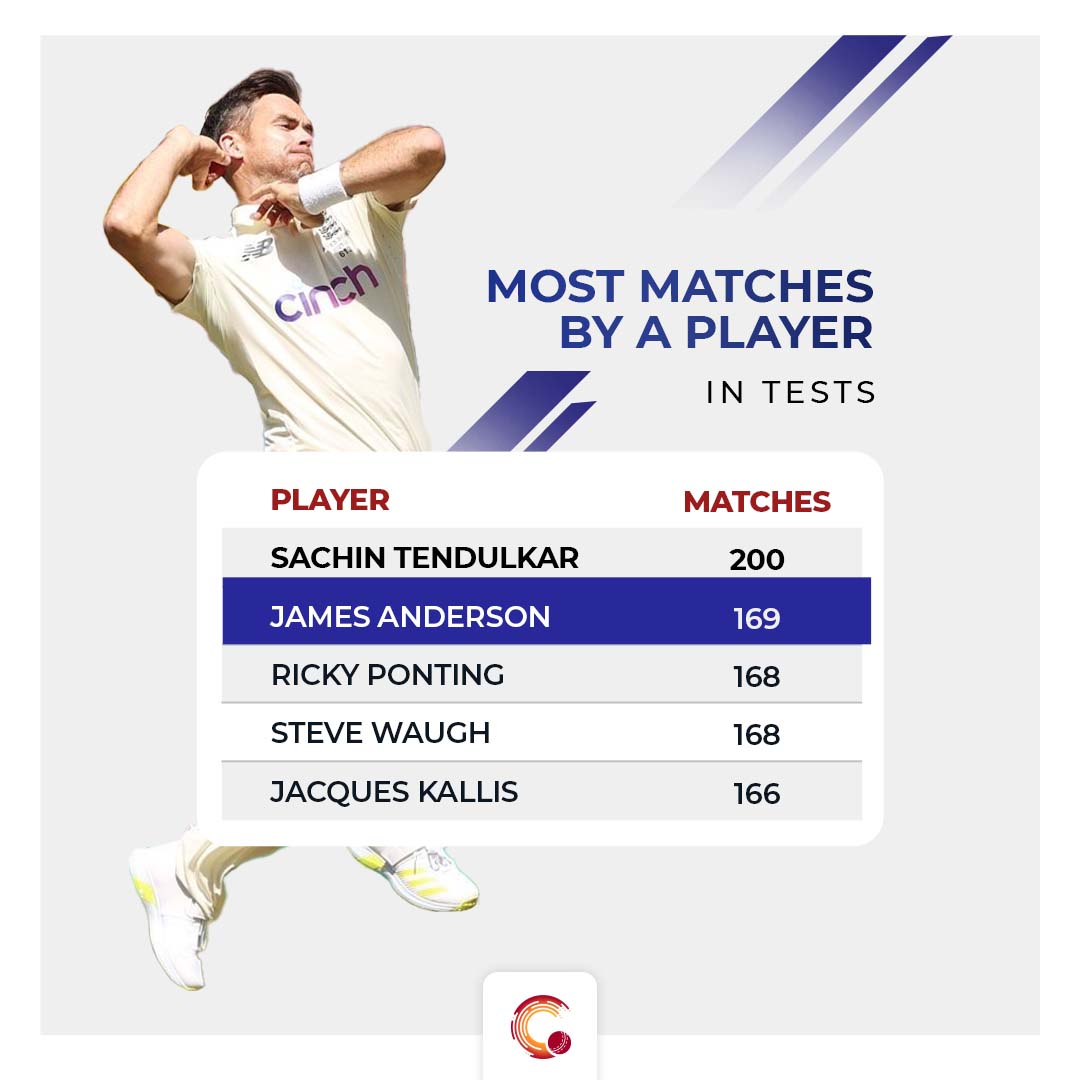 In the next over, Mark Wood scalped the prized wicket of Labuschagne to derail the batting unit of the Australian side with the score reading 117 for the loss of three wickets. Steven Smith, the vice-captain of the side and Usman Khawaja ensured the home team end the day unscathed with 126 runs on the board.

With relentless showers causing plenty of delay on the opening day, the forecast for day two isn't too promising as well, with 90 percent chances of showers all through the day.

For the first time in the series, Australia find themselves in a spot of bother after losing three wickets with not many runs on the board. 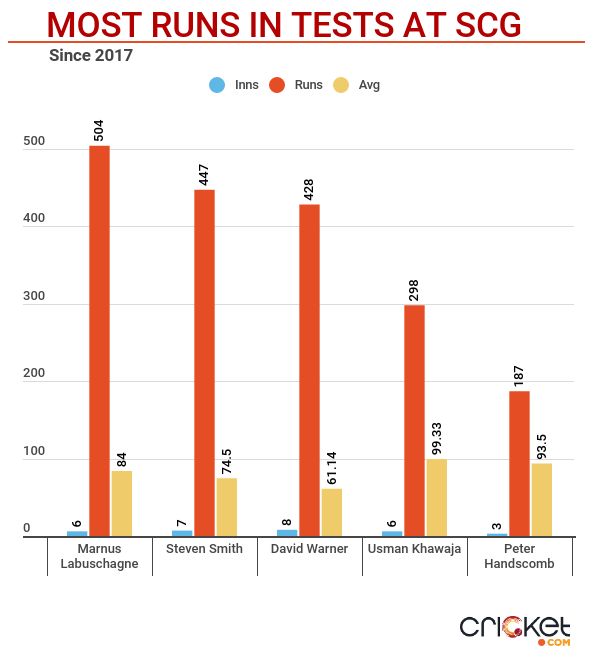 The Aussie outfit will rely on the experience of Smith and Khawaja to guide the team through this challenging phase and take them to safety. The duo have a phenomenal record at the venue, with Smith amassing 441 runs at an average of 74.5 in seven innings and the southpaw scoring 298 runs in six innings at an average of 99.3.

Australia can also take a lot of confidence from their record at the venue since 2015, as they have scored an average of 57.9 runs per wicket, which is the best by any team. 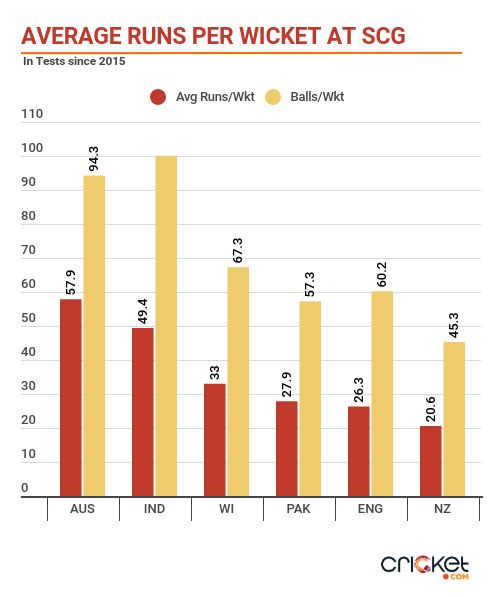 With rain set to dampen the game and result in loss of overs, Cummins would hope for their batter to bat through the day and pile up a massive first innings total.

Another advantage the home team will have as they head into the second day is the underwhelming record of England at the ground. In Test matches since 2015, England have scalped a wicket every 161 deliveries, which is the worst by any team at Sydney. 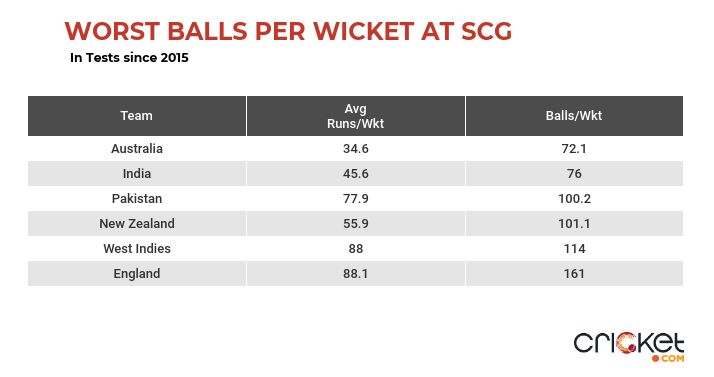 While historically, the SCG is known to assist the spinners with Australia even contemplating playing an extra spinner to partner Nathan Lyon at this venue. However, the lead spinner of the visiting side, Jack Leach, is low on confidence after enduring a dismal run last season. 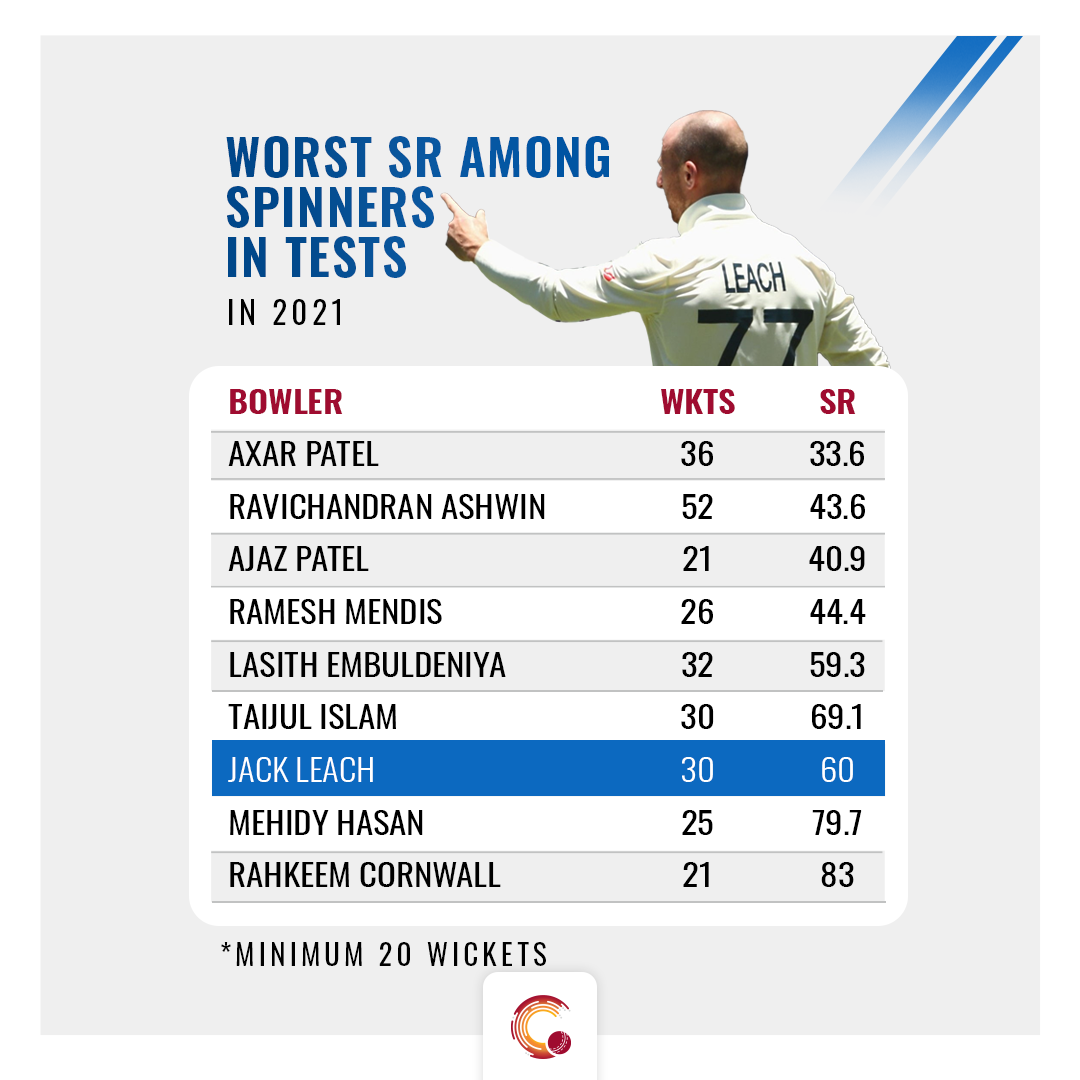 The left-arm spinner scalped 30 wickets at a strike rate of 60, the third-worst among spinners with a minimum of 20 wickets.

If the rain stays away, the second day of the Test match promises to be an exciting contest between the two sides.