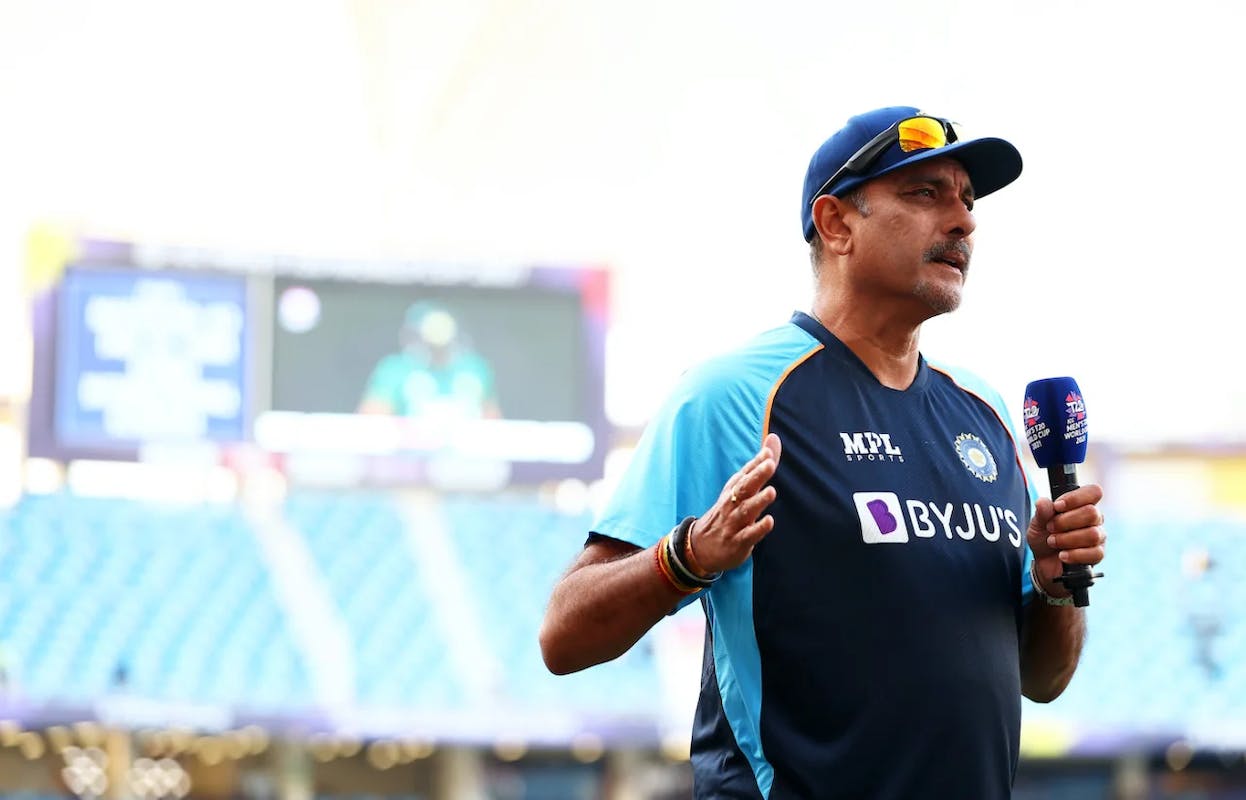 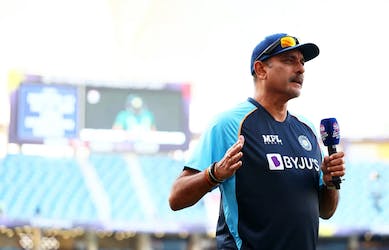 Former India head coach Ravi Shastri believes Rohit Sharma and Co. have "enough strength" to win the upcoming T20 World Cup in Australia despite the absence of Jasprit Bumrah (back injury) and Ravindra Jadeja (knee injury). India have got Axar Patel as a like-for-like replacement for Jadeja but are yet to announce who would replace Bumrah in the 15-man squad.

Mohammed Shami is the first one on the waiting list but the seamer hasn't played a T20I since the last T20 World Cup in the UAE and is currently recovering from Covid. Deepak Chahar is another one who is part of the reserve list and has been in pretty good form ever since making his comeback. The likes of Mohammed Siraj and Avesh Khan are also in contention.

"It's unfortunate. There's so much cricket being played, and people get injured. He is injured, but it's an opportunity for somebody else. There is nothing you can do with injury," Shastri said of Bumrah's injury at the launch of Coaching Beyond, his new initiative with former bowling coach Bharat Arun and former fielding coach R Sridhar, in Chennai.

"I think we have got enough strength and we have a good team. I have always believed if you make it to the semi-finals, it could be anyone's tournament. The endeavour would be to start well, get to the semis, and then you have got enough strength to probably win the (World) Cup, for all you know. Bumrah not being there, Jadeja not being there - it hampers the side - but it's an opportunity to unearth a new champion."

Shami has previously played in Australia and done well. The 32-year-old might have played only one T20I in Australia but has featured in eight Tests and 14 ODIs Down Under, picking up 31 and 22 wickets respectively.

"Precisely, his experience (in Australian conditions is his strength). India have been there a lot in the last six years and he has been an integral part of all those tours. So that experience (of having done well in Australia) counts," said Shastri.

Talking about India's chances at the World Cup, Bharat Arun said: "The expectation is that India has to keep winning. If they lose, people tend to criticise them. They are showing a lot of promise, especially in World Cup events, and Australian conditions will suit them."

Shastri is also excited about the launch of the women's IPL next year and feels India Women is just one step away from winning that much-awaited title and creating an impact that the India men's side did after winning the 1983 World Cup.

"Fabulous (on the launch of the women's IPL). They are only (little) far away from winning something big. You see what happened with the men's cricket team when they won the World Cup in '83. So, if the women win a World Cup, the interest that will be generated will be unbelievable.

"The more and more I see of the Indian women play, they are far more self-confident with the exposure they've got, and they have far more self-belief that they can actually go the distance."