Our most complete performance so far: Morgan 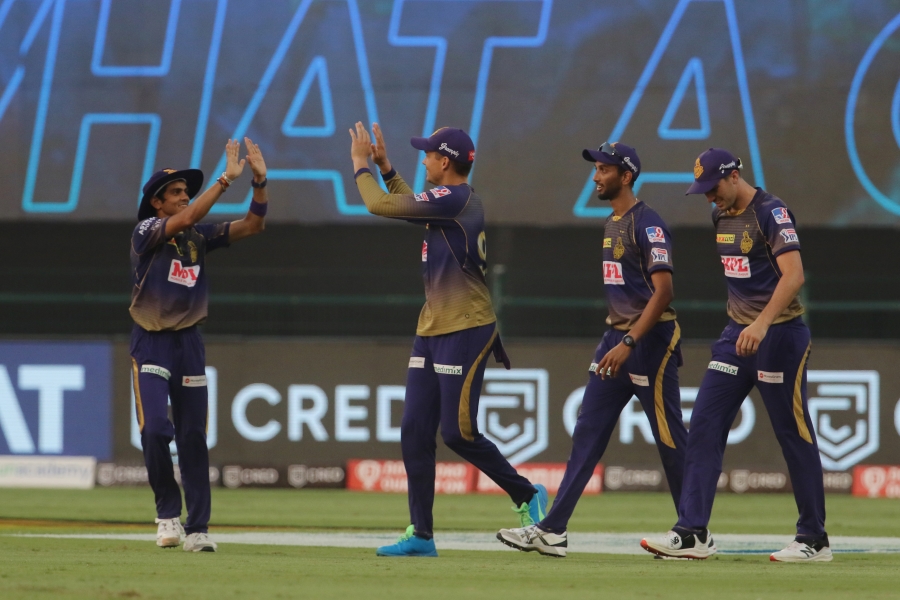 Our most complete performance so far: Morgan

"I think the timing of this couldn't be any better. Playing against a side who are second coming towards the business end of the tournament, two points is huge," Morgan said

Kolkata Knight Riders skipper Eoin Morgan on Saturday (24th October 2020) said his team produced its most complete performance of the season so far when it upstaged the fancied Delhi Capitals by 59 runs to stay alive in the IPL.

Having suffered a massive defeat to Royal Challengers Bangalore after putting up 84/8 in their last outing, KKR were not given much of a chance against the high-flying Delhi Capitals.

But Nitish Rana and Sunil Narine stepped up in style to lift them to 194/6 and then Varun Chakravarthy's five-wicket haul (5/20) along with Pat Cummins' three-wicket effort choked DC, who are sitting pretty on second in the points table.

"I think the timing of this couldn't be any better. Playing against a side who are second coming towards the business end of the tournament, two points is huge," Morgan said in the post-match press conference.

"We had the most complete performance as a group in this tournament so far. Until today, we feel as if we hadn't played our best cricket. Today I think it was close to that," he added.

It was Narine (64) and Rana (81) who set it up for KKR in a 115-run partnership from 56 balls. Playing his first match after being cleared of a suspect bowling action, Narine batted at five and fired on all cylinders in his 32-ball 64.

"...I think that rubbed off on Nitish Rana as well. Watching them play with the freedom that they did was outstanding."

"Sunil has been an integral part of this franchise for a number of years now. His ability as an allrounder is key in our team.

"To have him back and come in and perform not only with the ball but with the bat, I think is outstanding. He has just proved how valuable he is to the team."

"This now can be the start of his campaign taking things forward. Today, against one of the best bowling lineups in the tournament, he played absolutely outstanding," Morgan said all praise for Rana.

He also spoke very highly of mystery spinner Chakravarthy who returned with the first five-wicket haul of this season.

"He has gelled really well in the team. I think he's been one of the positive stories out of our campaign so far," he said of the man who has been their leading wicket-taker this season with 12 from 10 matches.

DC had two well-set batsmen in Shreyas Iyer and Rishabh Pant at the crease when Chakravarthy was pressed into the attack with the opposition needing 131 from 60 balls.

A win would have virtually sealed a playoff spot for DC but they suffered a second straight loss.

Their star pacer Kagiso Rabada rejected criticism that the team was being complacent.

"That's the nature of the tournament, it's quality versus quality. Any team can rock up on their day. I guess we just need to analyse a few points where we let the game slip away.

"I don't think it's a big area that we need to focus on. We back ourselves all the time. I don't think we need to worry too much. It's just a little bit of a concern," he said.

"It can happen to any team, it wasn't our day. I don't think we got into the game being complacent. You cannot just take the foot of the gas. These things happen," he added.

Iyer's captaincy looked baffling as he did not bring Rabada in when Rana and Narine were firing.

"Myself and Nortje had bowled two overs already. We back all the bowlers in our team to get wickets and stop runs," Rabada said, defending his captain.

"We have a quality bowling lineup. We pride ourselves on that. And today I guess it just didn't happen.

NEWS
Play with freedom, not with survival mind-set: Shreyas Iyer to team-mates
Iyer also said that losing early wickets did no good for the team especially while chasing a big total 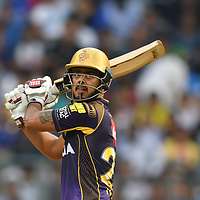 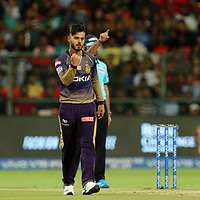