Our strategy of attacking the stumps worked: Mandhana 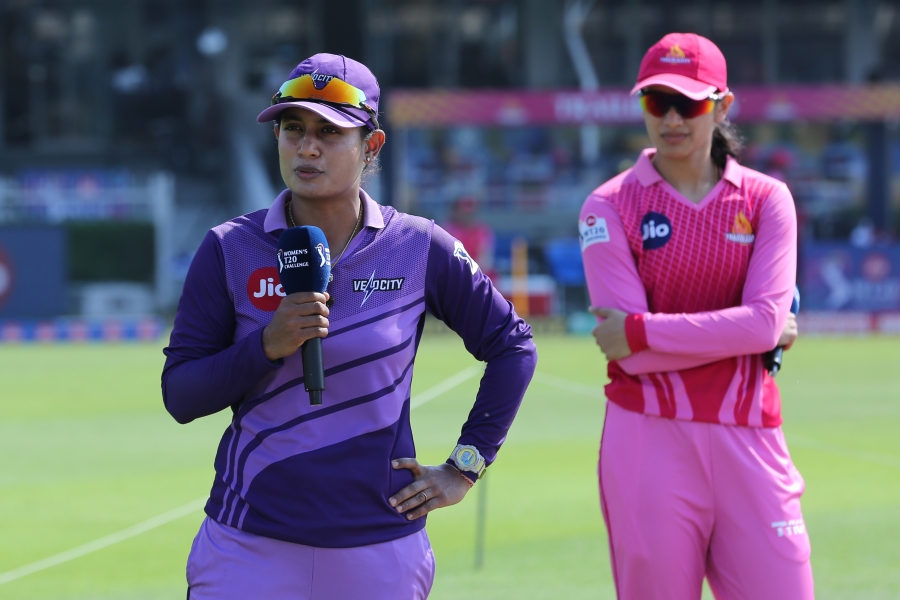 Our strategy of attacking the stumps worked: Mandhana

Trailblazers captain Smriti Mandhana on Thursday (5th November 2020) said her team's bowlers executed their plans perfectly in the nine-wicket rout of Velocity in the Women's T20 Challenge on Thursday.

Mandhana said she told her bowlers to attack the stumps and it paid off.

"I just told all the bowlers to keep it back of a length and stick to the stump line. We have a good spin attack. I was following IPL, so I thought we had a good bowling attack (with all the spinners)," she said.

She said she was happy when her Velocity counterpart Mithali Raj opted to bat after winning the toss. Mithali's decision backfired as her side put up a disappointing show to be all out for just 47 in 15.1 overs and Trailblazers chased down the target in 7.5 overs.

"I was happy with Mithali's decision (to bat) as we wanted to have a look at the wicket," Mandhana said at the post-match presentation.

"It was a good game. We were really excited. We were raring to play cricket after a break of seven months."

Mandhana said the short four-match tournament would be beneficial for Indian cricket.

The legendary Mithali, admitted the difficulty of playing back-to-back matches with less than 12 hours of recovery time in sultry conditions.

Mithali said her side didn't have enough time to recuperate as they crumbled to a nine-wicket defeat.

"As far as playing in the afternoon definitely we haven't even got 12 hours to recover from yesterday's game.

"So clearly yes, it has been difficult for the girls to prepare themselves and come back and play the afternoon game after playing last night," Mithali said in the post match press conference.

While the other two teams have rest days between their games, Velocity played two consecutive games in less than 24 hours in addition to the travel between Dubai and Sharjah.

As a result Velocity put up a disappointing show to be bundled for a paltry 47 in 15.1 overs as the Trailblazers chased down the target in 7.5 overs.

Talking about the top ranked ICC T20 bowler Sophie Ecclestone, who took four wickets for just nine runs from her 3.1 overs, Mithali said the Englishwomen did well to quickly adapt to the conditions.

"That's why she's number one because she has come up with a game plan and has quickly adapted to the length and the line because after Shafali hit her for six she bowled her line on the shorter side that's why she got the wickets in the Powerplay."

Veteran Indian pacer Jhulan Goswami (2/13), who ran through the Velocity top-order said that she tried to stick to her basics and get into the rhythm.

"I just stuck to my basics, after a long time I was playing this format of the game so I just wanted get back the rhythm and momentum that was my plan."

The 37-year-old said the tournament is great opportunity for the youngsters to rub shoulders with overseas players.

"Last year, Shafali played here and was picked in the Indian team and she was so good in the World Cup. If we get more matches the youngsters get the opportunity to learn from overseas players and will be good for Indian cricket."