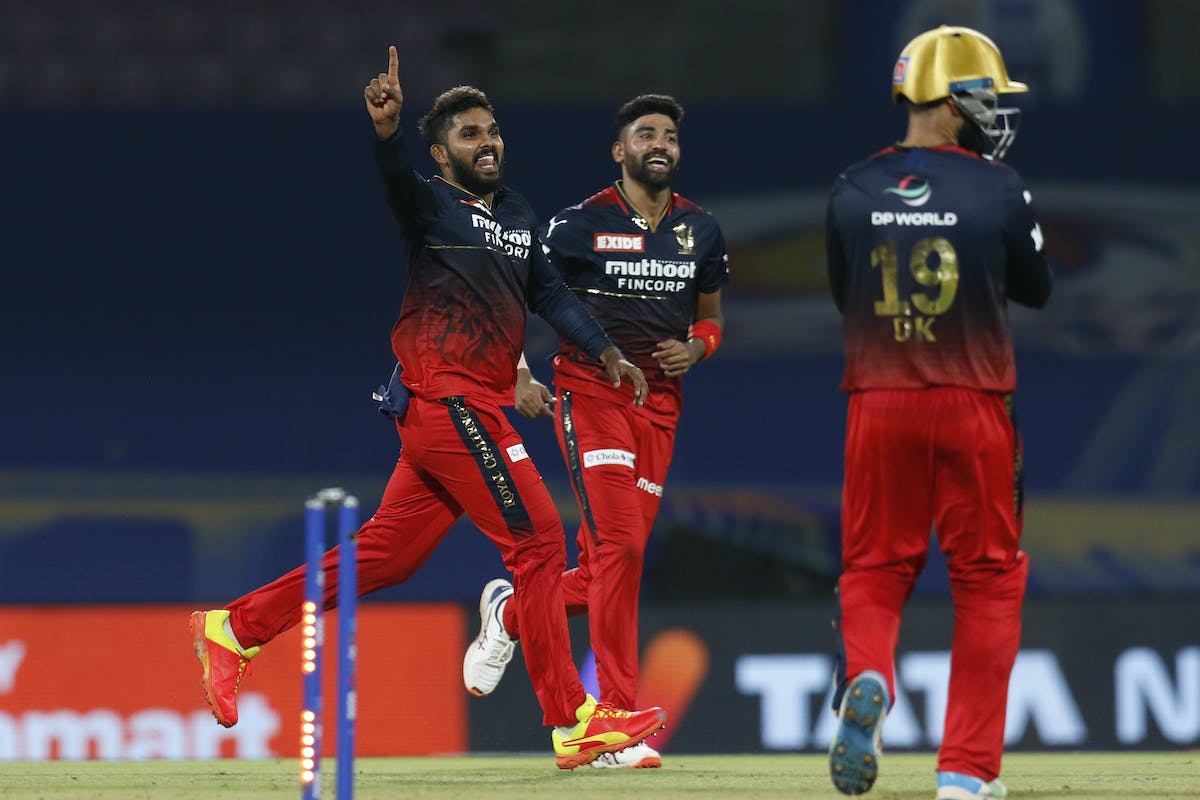 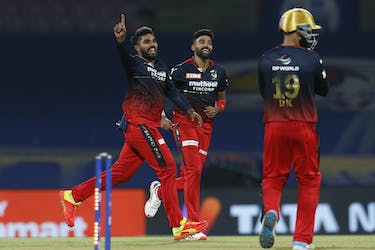 The Sri Lankan allrounder's 4-20 on Wednesday laid the foundation for RCB's narrow three-wicket win against Kolkata Knight Riders (KKR) at the DY Patil Stadium in Mumbai.

"What Hasaranga bowls is good pace. He doesn't give the batsmen time to think. His googly turns very little, but it's a very accurate one and always on the stumps," Swann said in Cricket.com's review of the match.

"He has been getting wickets all the time, not just the top order but also the middle and end. He's a really exciting find," he added.

"When you bowl to a bloke that powerful and big (like Russell), and every ball lands in the spot it's credit to the bowler. It's intimidating to bowl to someone like that, but well done Harshal for sticking to the pre-game plan. He is a really good bowler and not just a one-season wonder," Swann said.

Chasing 129, RCB were strangled by KKR's bowlers who removed the top three of Anuj Rawat, Faf du Plessis and Virat Kohli cheaply. However, timely contributions from David Willey (18) , Sherfane Rutherford (28) and Shahbaz Ahmed (27) put their chase back on track before Dinesh Karthik (14 not out from 7 balls) got them over the line with four balls to spare.

"What can you say about Dinesh Karthik. He was brilliant the other night (32 not out off 14 balls vs PBKS) and has done it again. New franchise, fresh approach, biting the hand that fed. (For KKR) It is painful, but brilliant for RCB," Swann said.

Swann felt that RCB had left it too late and lauded KKR's bowling in the powerplay for not letting RCB take control of the match.

"I thought they (RCB) have thrown it away when David Willey got out. It was so strangled from there on and they have left it too little, too late," the former off-spinner said.

"It was brilliant bowling (from KKR) than bad batting. The situation of going into a shell and looking to get singles can make anyone nervous. I'm glad I was not an RCB supporter watching this game."

Further explaining the behavior of the pitch at the DY Patil Stadium, Swann said both sides bowled exceptionally well with the new ball.

"The wicket's got some pace. There was some of it with the new ball. But the bowling at the top was brilliant on both sides. In the IPL, it's easy for batters to got for the top edges and use the pace of the ball and it can be 50/0 in five overs just like RR were last night," Swann explained.

Swann felt that KKR, despite being a very good team, had let the match slip when they failed to take advantage of a mix-up between Harshal Patel and Karthik in the 19th over.

"There were plenty of positives (for KKR). But they panicked and the fielders couldn't communicate when both RCB batters were at the same end. They could've gotten Karthik out. It was this one little moment. But KKR are a good team. They'll be back, but won't be happy they've lost this game," Swann said.