Pakistan seal semi-final spot with a comprehensive win over Namibia 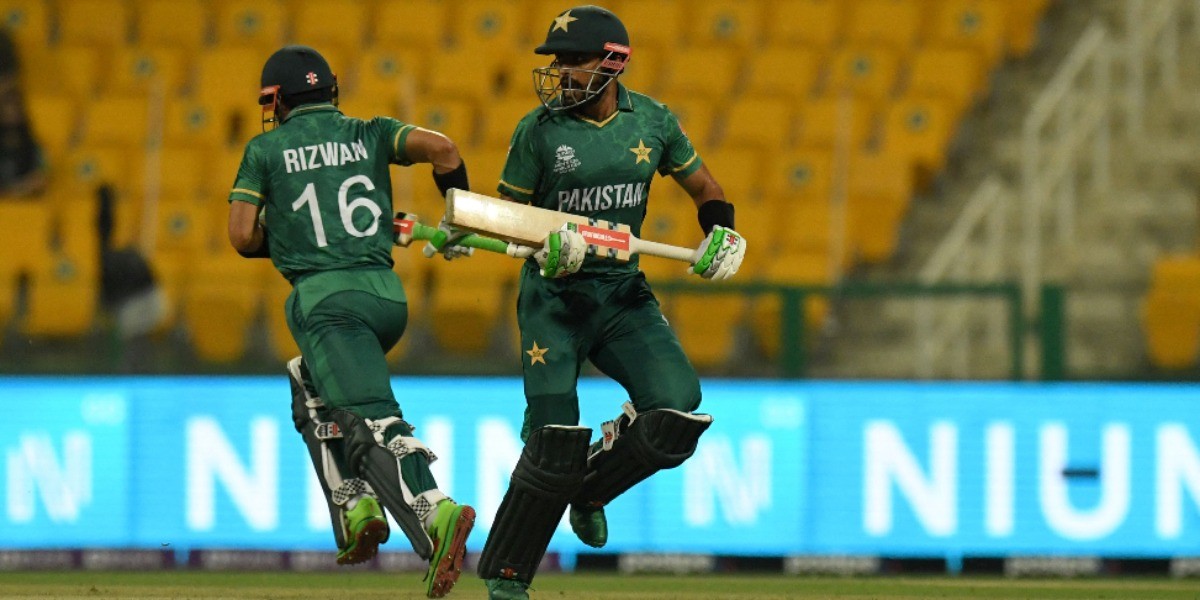 Pakistan seal semi-final spot with a comprehensive win over Namibia

One of the most dominant sides in this edition of the T20 World Cup, Pakistan registered a thumping 45-run win over Namibia in an evening encounter at the Sheikh Zayed Cricket Stadium in Abu Dhabi.

After winning the toss and electing to bat first, the opening combination of Babar Azam and Mohammad Rizwan started the innings steadily. With the conditions conducive for swing bowling, Ruben Trumpelmann bowled a nagging line and length to trouble the batters. The left-arm pacer started the innings with a maiden and conceded two runs in the following over to stifle the opposition in the powerplay.

While Babar and Rizwan have been in prolific form all through the tournament, the duo struggled against some quality bowling and crawled their way to 29 runs in the first six overs. However, with the spinners in operation, the openers took the attack to the opposition bowling unit and scored a flurry of boundaries in the middle overs.

The skipper of the Pakistan side was the aggressor of the two and notched up his half-century off 39 deliveries to lay a solid foundation for the team. Accumulating the ones and the twos, the duo smashed their fifth century-run stand, which is the most in this format of the game. However, after a sublime innings of 70, Babar Azam was caught in the deep by Jan Frylinck. With the pace off the ball by David Wiese, the right-handed batter, tried to smash the ball towards the mid-wicket boundary but failed to get any connection and was caught near the boundary rope. 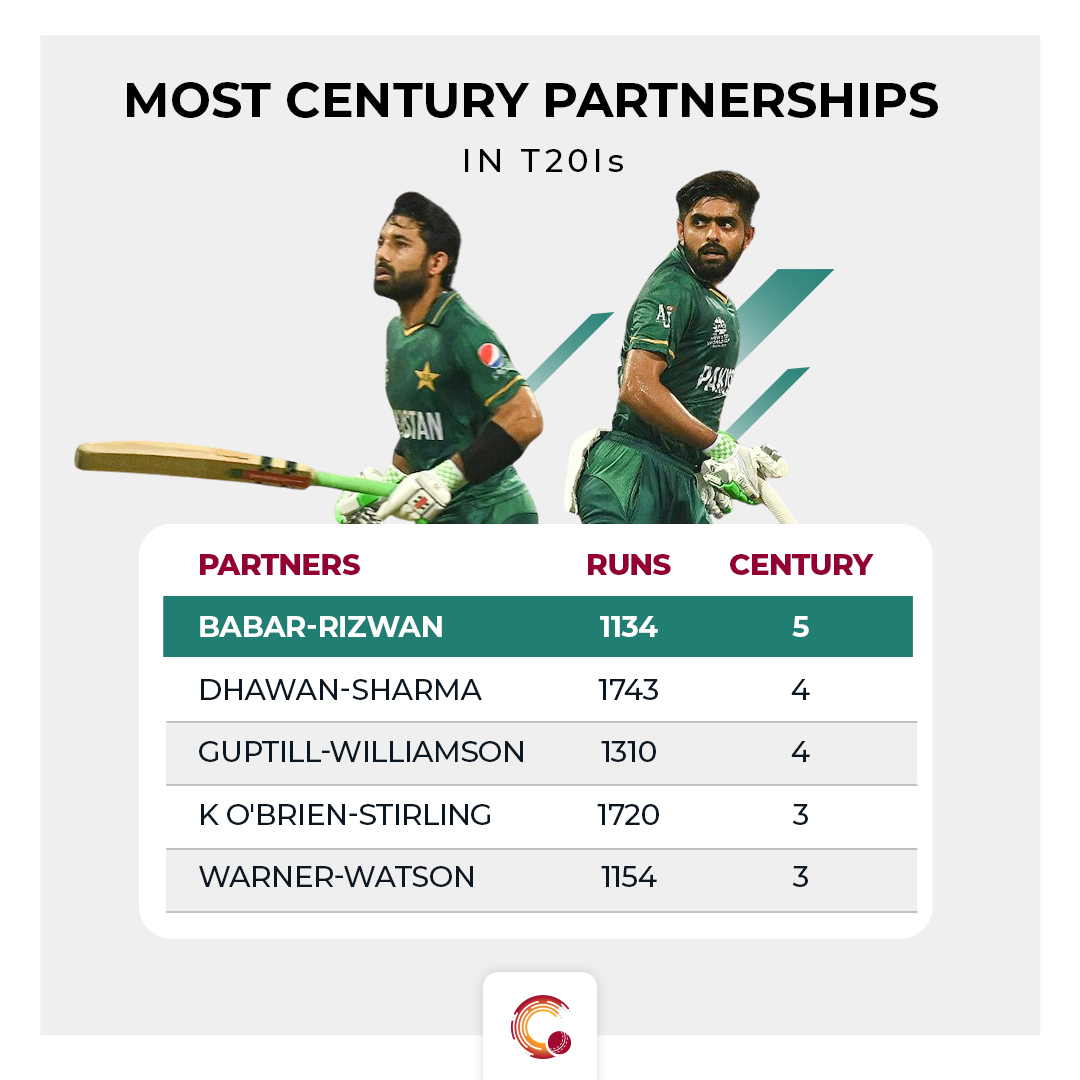 Coming in at number three, Fakhar Zaman was dismissed by a one-handed stunner from wicket-keeper Zane Green. The southpaw came charging down the track and managed an edge, with Green diving it to his left to complete a one-handed catch. With two quick wickets, the onus was on Rizwan and Mohammad Hafeez. Despite having a lukewarm start to the tournament, Hafeez made optimum use of the field placements and scored boundaries behind the wicket to give the team much-needed impetus at the back end of the innings. He was well supported by Rizwan who unleashed an array of strokes and notched up a half-century with a six over deep square leg.

The wicket-keeper batter was brutal to JJ Smit in the final over of the innings and smashed him for 24 runs with four boundaries and one six to propel the side to 189/2 in the first innings. En route this match-winning effort, Rizwan scored an unbeaten 79 off 50 deliveries studded with eight fours and four sixes.

In reply, Namibia were jolted early in the innings as Hasan Ali produced a quick delivery to get rid of Michael van Lingen for 4. The bowling unit of the Pakistan side were consistent in their line and length, kept things tight, and conceded 34 in the first six overs.

With runs hard to come by, Craig Williams showed first signs of intent when he danced down the track to smash a massive hit over long-on against Hafeez. However, in the same over, the right-handed batter was involved in a mix-up resulting in the wicket of Stephan Baard. While the initial call was for two, Haris Rauf got rid of the ball early from the deep-midwicket boundary, with Mohammad Rizwan doing the rest.

Despite the wicket, the Eagles relied on the experience of Gerhard Erasmus and Williams to bail the side out of the challenging situation. However, Erasmus was dismissed in the 13th over  for 15 as he tried to attack the left-arm spinner Imad Wasim. While Williams and David Wiese provided some resistance with valuable contributions of 40 and 43* respectively at the back end, the total proved to be too much for the Eagles, and they managed to finish on 144/5 in their 20 overs. 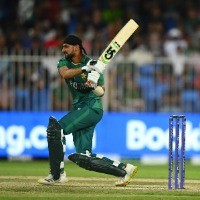 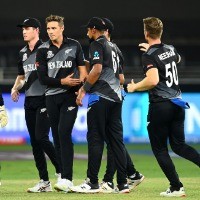 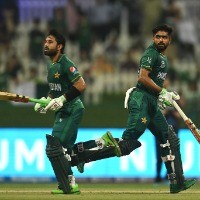 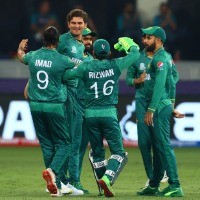 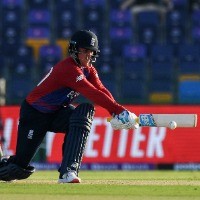