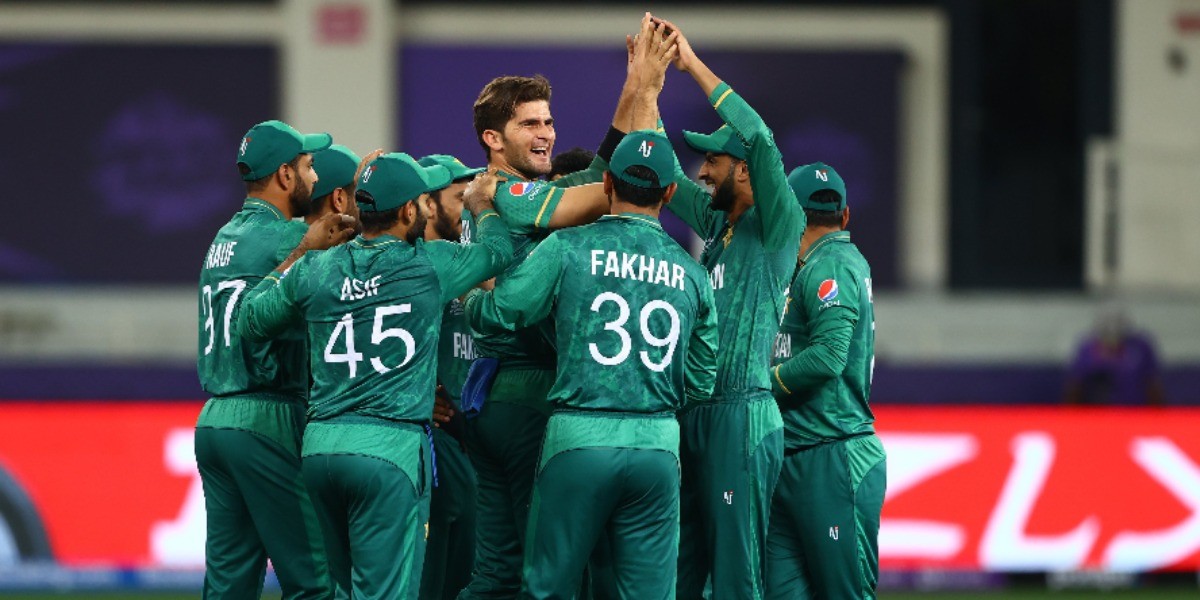 After hosting Pakistan in a T20I series and two Tests in July and August, West Indies have arrived for a return tour in the Asian nation for a limited-overs series which will begin on Monday at the National Stadium in Karachi. The visitors are without majority of their stars including Kieron Pollard, Evin Lewis, Shimron Hetmyer and Andre Russell while Roston Chase, Kyle Mayers and Sheldon Cottrell are out of the three T20Is after testing positive for covid-19. Meanwhile, Pakistan have a strong squad led by Babar Azam which will be aiming for second consecutive cleansweep after blanking Bangladesh 3-0.

The National Stadium in Karachi has hosted 28 T20Is in 2021 so far which has mostly been batting-friendly. The average innings scores have been 160+ which makes it sensible to go with six batters. Pacers also have been getting a lot help from the surface as they have claimed 78% of the wickets from 28 innings. Spinners have a slightly better economy of 8 compared to that of pacers' 9 RPO. Pacers have struck every 18.8 deliveries which is far superior to spinners' 30 balls per wicket. It is better to have four pacers and two spin options in the side. 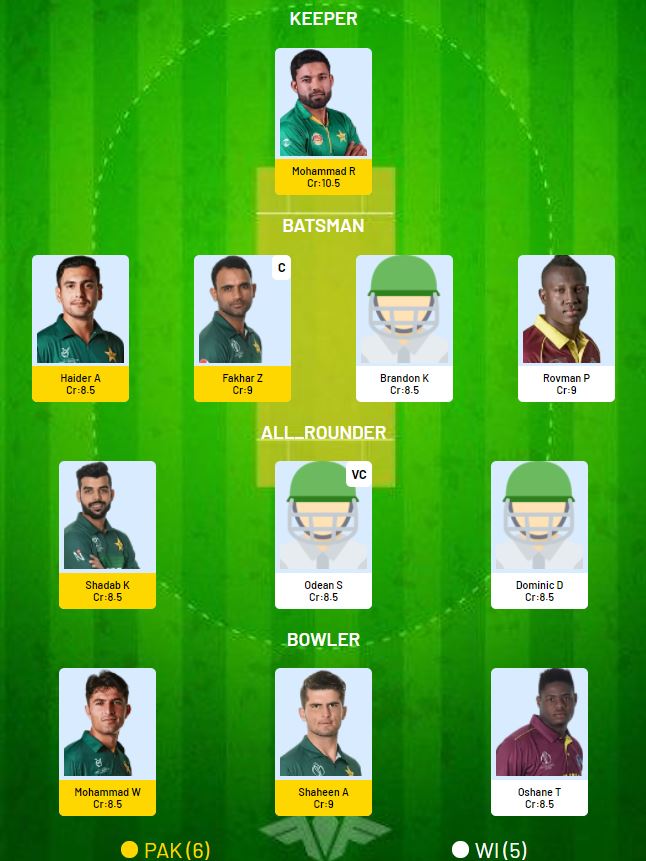 While you could go for the above team, you also have the option of choosing your team from Cricket.com’s Fantasy Research Centre. You can use this tool to build your team with the help of algorithms.

Fakhar Zaman, after an average T20 World Cup, hit form in the recent series against Bangladesh. The left hander scored an unbeaten 57 off 51 in the second T20I before which he scored measured 34 off 36 balls. Zaman will see the West Indies as an opportunity to better his average of 18.58 at home and will once again be key if Babar Azam or Mohammad Rizwan are dismissed early in the innings.

Odean Smith is coming off a sensational CPL 2021 where he has claimed 18 wickets from 11 matches at a superb average of 14.9. The pacer will be key in the absence of premier pacer Sheldon Cottrell who has been ruled out of the T20I series after testing positive for covid-19.

Pakistan's brilliant run this year in the T20Is is led by Mohammad Rizwan, who became the first batter to score more 1000 T20I runs in a calendar year and continued his form into the Bangladesh series with 90 runs from three matches. With a hundred and 10 fifties to his name from his tally, the keeper-batter will be crucial's in the opening role alongside captain Babar Azam.

Brandon King's consistent performances in the franchise leagues have earned him a call-up to the national side. The opening batter has been excellent for Guyana Amazon Warriors in the CPL 2021 with 189 runs from 11 innings and scored 69 runs from three innings in PSL 2021.