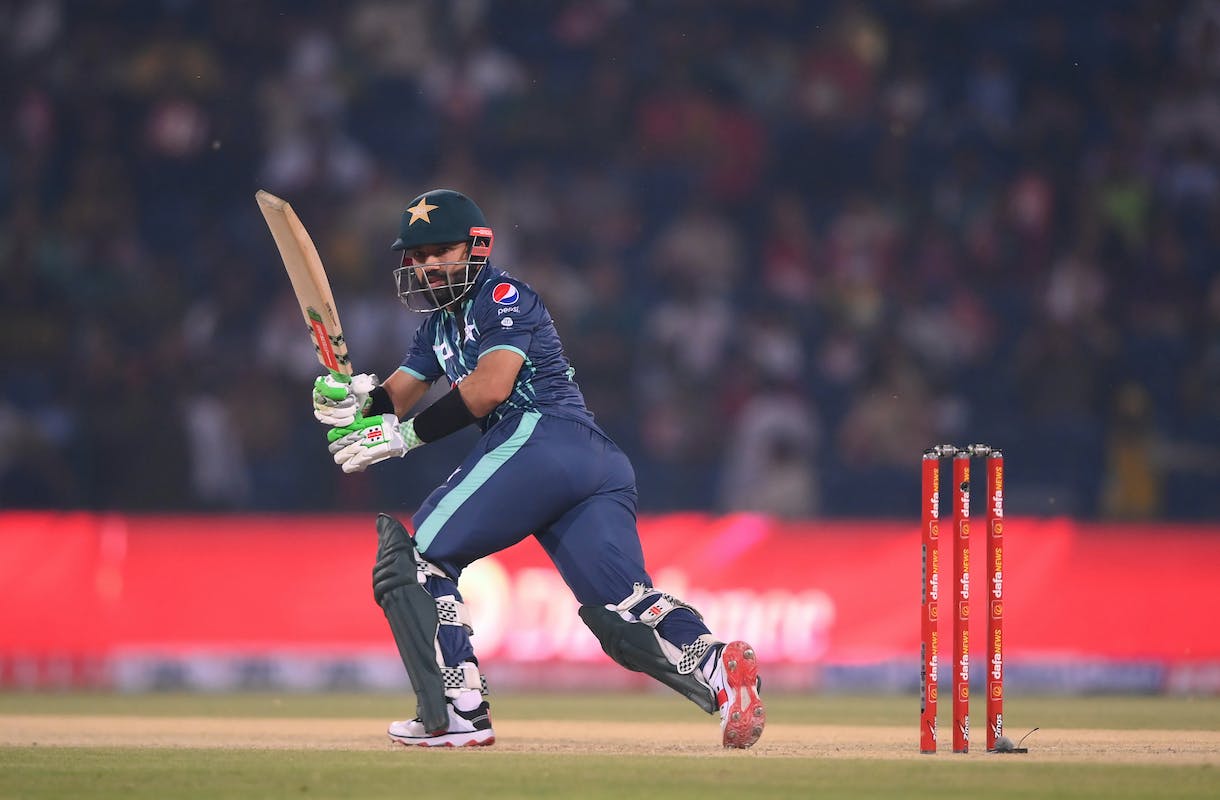 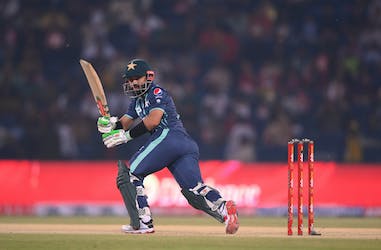 Wasim insisted that the side has no option but to eventually embrace ‘modern T20 cricket’.

Babar Azam’s Pakistan are ranked third in the world in the shortest format, but the country’s chief selector Mohammad Wasim believes the very best sides are ‘one step ahead’ of the Men in Green in terms of the brand of batting they deploy.

On Sunday, Pakistan slipped to a damning defeat in Lahore to concede the seven-match series against England (4-3), and at fault was once again the side’s batters.

Despite losing the toss, England posted 209/3 batting first, but the hosts, on a good batting wicket, managed to score a mere 142, falling short of the target by 67 runs. Not for the first time, the Pakistan batters put on a lackluster showing, in turn inviting a ton of scrutiny.

Wasim admitted that it will take time for Pakistan batters to get accustomed to playing a more aggressive brand of cricket, but insisted that the side has no option but to eventually embrace ‘modern T20 cricket’.

"We often talk about the brand of cricket we play, and how we eventually have to play the modern form of T20 cricket," Wasim told Geo Super, reported ESPN Cricinfo.

"Obviously, the sort of cricket England and a few others are playing, they are one step ahead of us in terms of their approach. For us, it will take time to be fully converted into this brand of cricket, because for it you need certain players to be fully ready.

Wasim reckoned that for Pakistan to start winning consistently, the middle-order will have to start complimenting the top-order. The chief selector called for more consistency from the likes of Khushdil Shah, Asif Ali and  Iftikhar Ahmed.

"But if you talk about a winning formula, we need our middle-order complementing the top order. We did get success from it as well. Our [2021 T20] World Cup went well, our home series have been good, and our success rate has been up. At the moment, the best policy for us is to mix and match [the batting approach].

"The vision about my selection is based on the thought that if the low-value wickets in the lower-middle order are used, then we can get better results. We did see some valuable contributions from Asif [Ali], Khushdil [Shah] and Iftikhar [Ahmed], but I think we need to have more consistency from them."

Consistency has been an issue with Pakistan’s middle-order, but Wasim also feared that the batters outside Babar and Mohammad Rizwan do not have a clear game plan. He was particularly unimpressed with the partnership between Shan Masood and Khushdil Shah in the seventh T20I, where the pair, chasing 210, added just 53 runs together in 7.1 overs.

"I think maybe there isn't a clear message, or there is a problem in the lower-middle order as they are valuing their wicket a bit more than they should, which is a problem," Wasim said.

"The partnership between Shan and Khushdil wasn't impressive, it was going nowhere. The big advantage while chasing is that they know the target and it's easier to set a pattern and plan accordingly.

"If you want to play like this, or want to play this sort of cricket, then we don't need better-equipped players to get in. You will get such resources anyway. It all comes down to what is your game plan."

Pakistan did not make a lot of tweaks to the middle-order in the England series, with Masood, Iftikhar and Khushdil featuring in the Top 5 more often than not, but Wasim reckoned that a potential solution to the side’s middle-order woes could be batting both Shadab Khan and Mohammad Nawaz up the order. Promoting the talented pair up the order, he reckoned, ‘might give some shape to the middle order’.

"Every team has its stronger links and weaker ones, and ours is bowling; our batting does need to improve for us to win games. As coach [and not as selector], I would love to see Shadab and Nawaz bat higher, and I had this discussion with the management, and you will see it happening going forward.

"It might give some shape to the middle order and it's not for the sake of change, but based on the skillsets they bring. Both can play spin well, bat at a high strike rate, rotate the strike, and accelerate the score."

Wasim also further called for the top-order batters, mainly Babar and Rizwan, to show more faith in the middle-order. In the past 18 months, no country’s openers have played a higher proportion of balls than Pakistan’s, and this has, at times, meant lack of game-time for the batters outside the Top 3.

The chief selector reckoned that there’s a need for the openers to show more faith on the other batters.

"It does look sometimes like the top order doesn't trust the middle order, but you can improve this," Wasim said.

"As a batter, you get disappointed, but at the same time, you have to look up to the other group as well. I am sure coaches have spoken and this isn't a good message that the top-two wickets falling result in the entire team getting out. So there is a need to show more faith on the others."