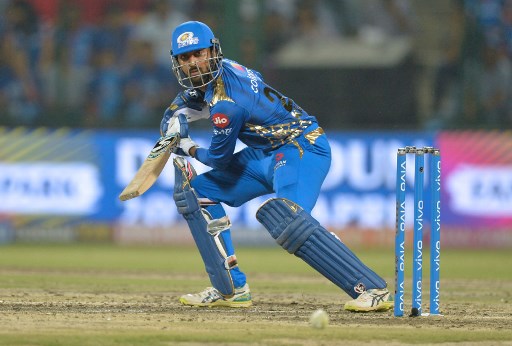 The Pandya siblings joined hands to clobber a quick-fire 54-run partnership that propelled Mumbai to a 40-run victory over Delhi Capitals at the Feroz Shah Kotla on Thursday.

The win propelled Mumbai to second place on the standings with 12 points, while Delhi remain in contention – in third spot.

Even the usually economically Kagiso Rabada was demolished in the final over, going for 18 runs, despite getting rid of Hardik in the third ball of the final over. The shot of the day came a delivery earlier when Hardik brought out the ‘helicopter’ shot to send Rabada into the stands, by which time Mumbai had already posted a competitive total.

Earlier, Rohit Sharma and Quinton de Kock were watchful to start with and then launched into Delhi posting 57 in the Powerplay – the highest total in the first six overs this season at the Kotla.

The introduction of Mishra in the sixth over bore fruit as he castled his bunny Rohit with his very first delivery. Misjudging the turn, Rohit remained in his crease and missed the ball completely handing the leggie his 150th IPL scalp.

Ben Cutting (2) was promoted up the order but his stay was a short one as Axar Patel had him plumb in front, Mumbai at 62 for two after eight.

De Kock, who was looking solid, was a victim of circumstance and departed after a misunderstanding with Suryakumar Yadav (26) saw him run-out in the 10th over.

With a tricky chase at hand, Delhi began well, getting to 48 for no loss in the Powerplay. But it was leggie Rahul Chahar that made the first inroad – sending Shikhar Dhawan back for a well-made 35 off 22.

Thus began a slide wherein Capitals were 63 for four in the 11th over.

Any hopes of a comeback ended as Jasprit Bumrah knocked out Rishabh Pant’s off stump in the 14th over.

A solid start from Rohit and de Kock had pushed Mumbai’s chances up to 64 per cent at the end of the Powerplay. 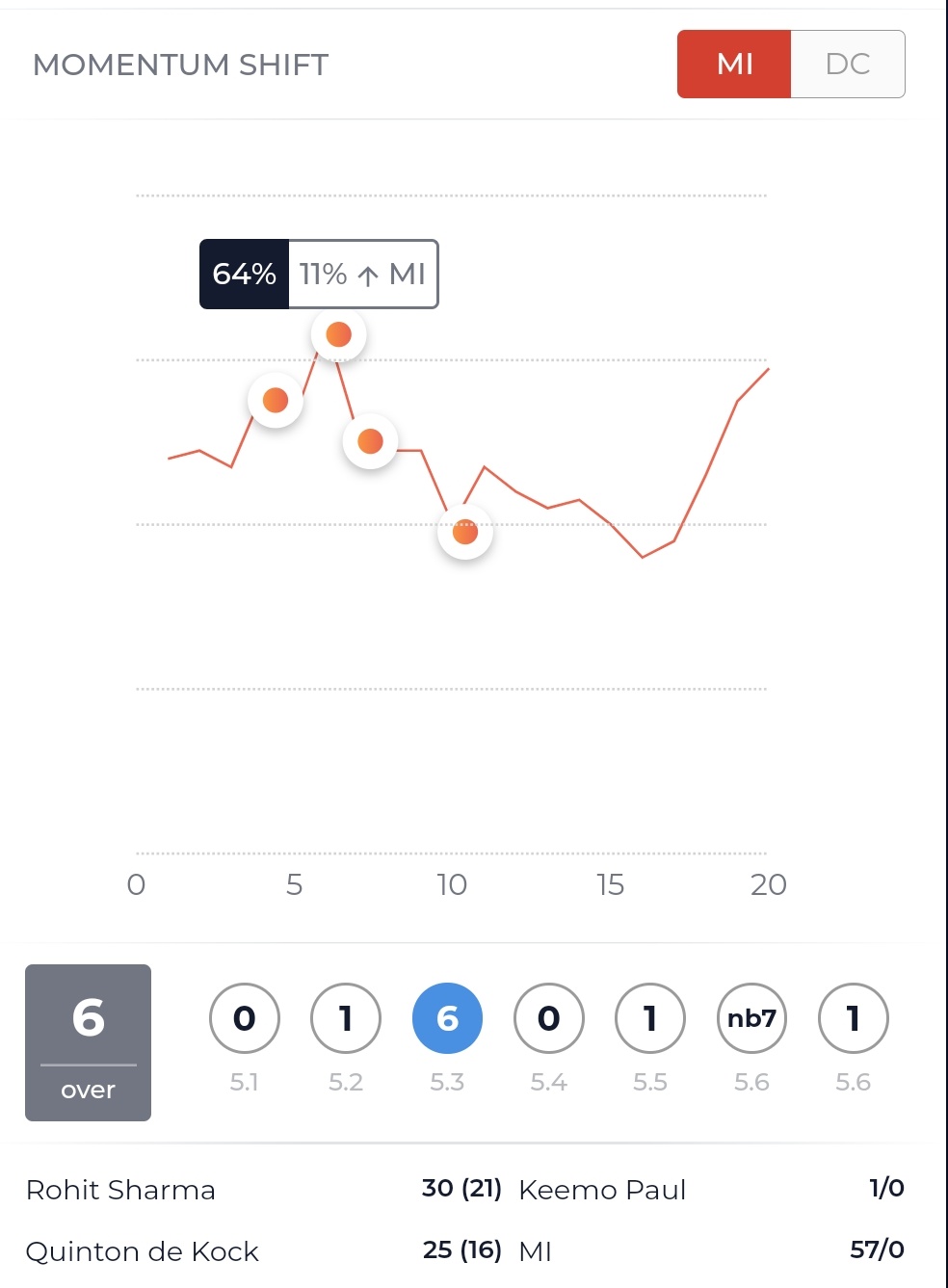 Delhi had a 53 per cent chance of winning when Dhawan and Prithvi Shaw were getting a move on in the fourth over. That quickly slipped to 22 per cent by the ninth over. 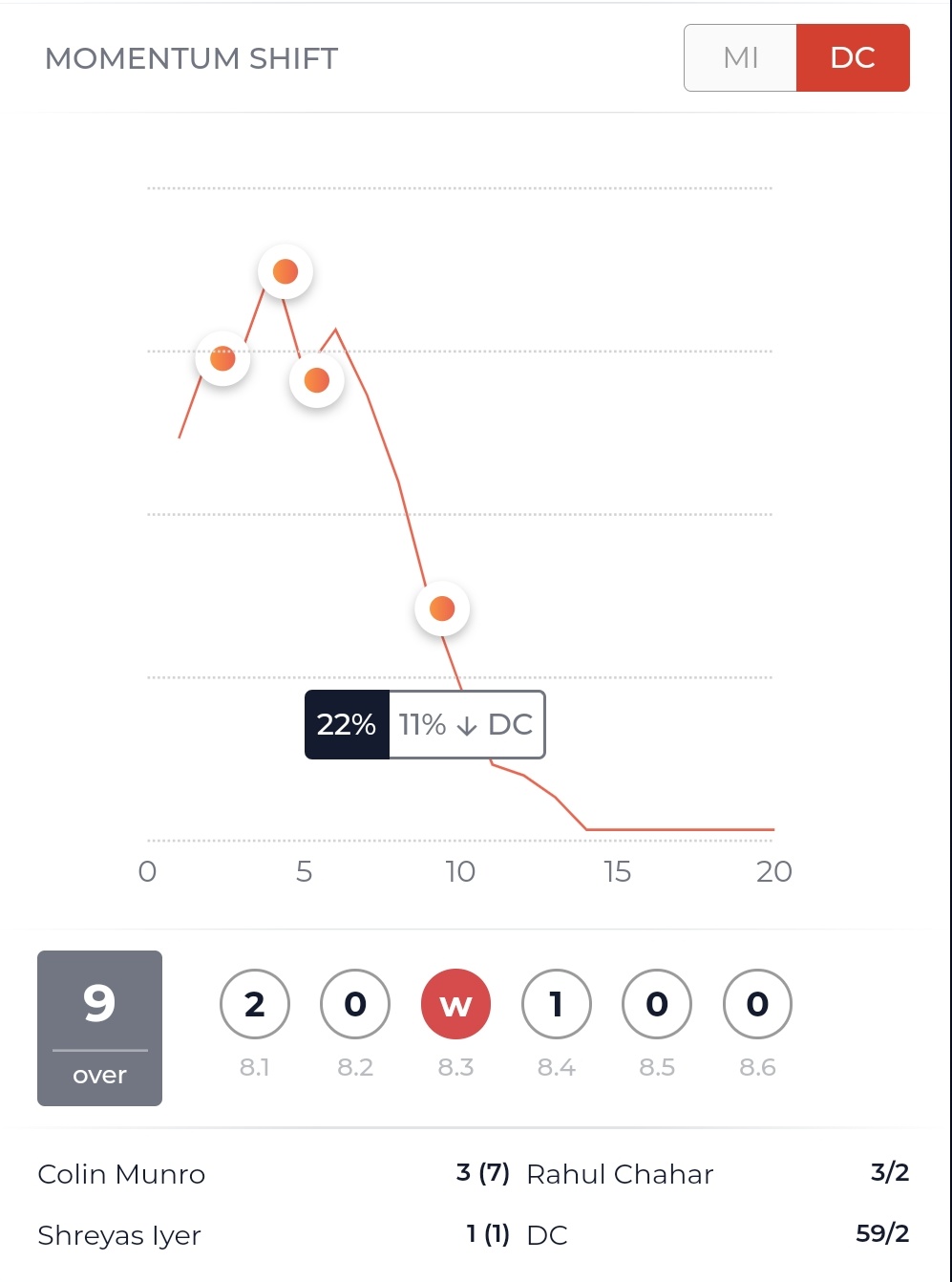