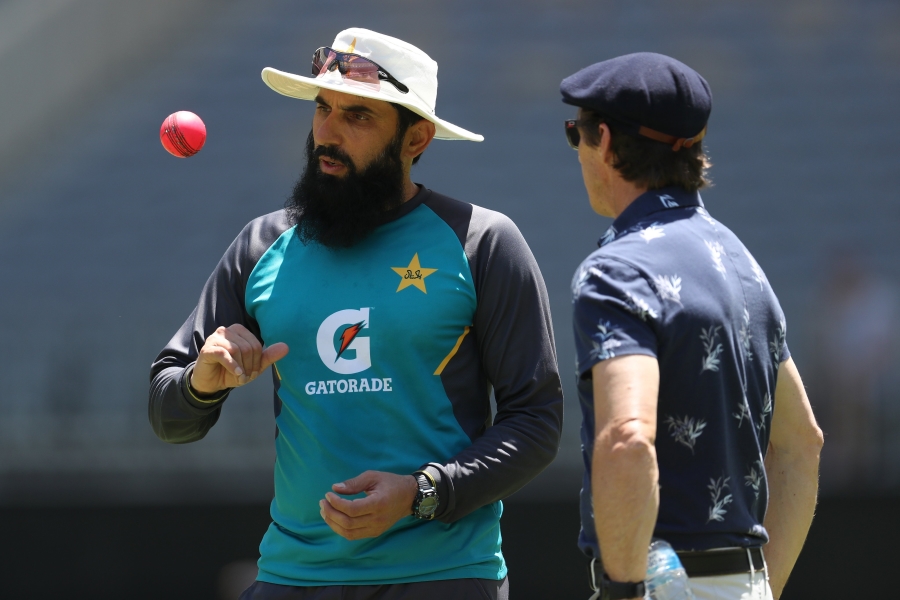 Misbah recently decided to relinquish his role as chief selector

The Pakistan Cricket Board has decided to review Misbah-ul-Haq's performance only after the completion of next year's T20 World Cup, giving him a full one-year to prove his credentials as a head coach.

"The board has taken a policy decision that it would now sit down and review whether to retain Misbah or bring in a new coach only after the World T20 Cup in India," a well-informed source aware of the developments told PTI.

He said that after Misbah decided to relinquish his role as chief selector, the board now wanted to see how he copes with his responsibility as head coach.

"The feeling was that Misbah was finding it difficult to handle both jobs and now with him having to only worry about the head coach responsibility he might deliver the goods," the source said.

He said similarly Babar Azam, who was also appointed Test captain this week, is likely to be given a long run by the board.

"Look unless Pakistan starts losing badly in all formats before the World T20 in India, there will be no changes in the captaincy or head coach positions."

The source said that the board feels Babar is mentally strong enough to handle the pressures of captaining Pakistan across all three formats.

"Even the Patron in Chief, Prime Minister, Imran Khan is happy with Babar's appointment as Test captain in place of Azhar Ali," the source added.

He said that Babar will most probably have a long run as captain in all three formats as he is only 26 and has a lot of cricket ahead of him.

"Again unless he loses form drastically for a long time, there is no other way Babar will lose the captaincy and he will be leading Pakistan in the World T20 in India."

The PCB has been making rapid changes on basis of one or two bad results and two recent examples have been Misbah relinquishing his chief selector's post and Azhar being stripped of the Test captaincy just one year after their appointments.

The source said that PCB chairman Ehsan Mani, who is very close to Imran Khan, is keen to see a rebuilt Pakistan squad ready before the next World Cup in India which is why there is so much stress now on giving exposure to young players and resting seniors.