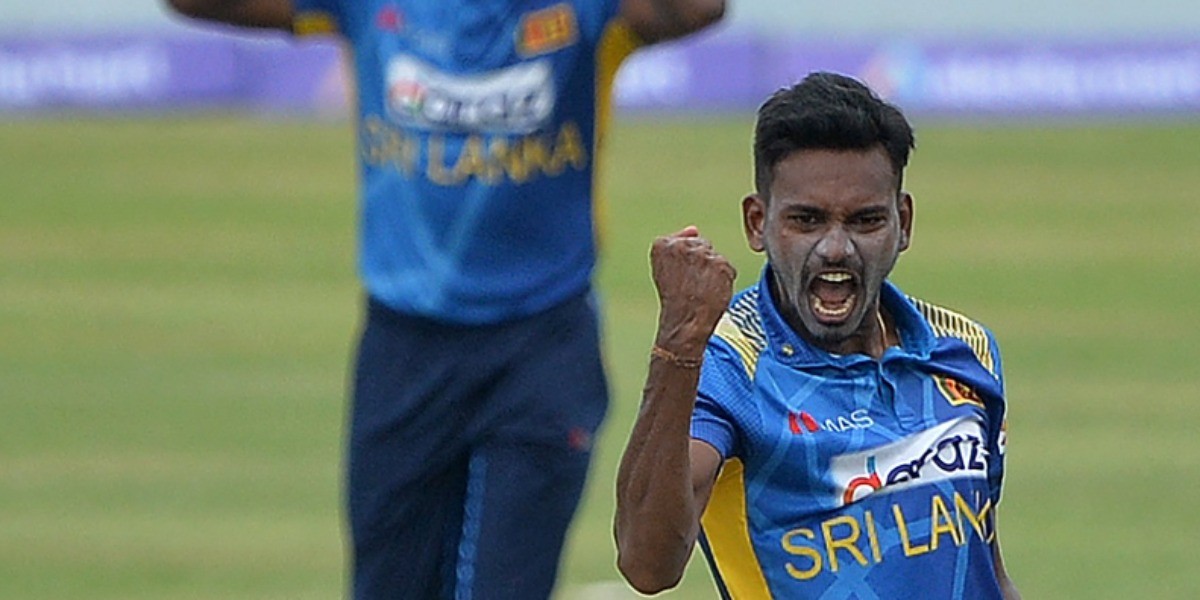 Kusal Perera scored a brilliant hundred, while Dushmantha Chameera claimed 5-16 as Sri Lanka beat Bangladesh by 97 runs in the third and final ODI

Skipper Kusal Perera scored a brilliant ton (120), while pacer Dushmantha Chameera claimed fifer (5-16) as Sri Lanka avoided a series clean sweep with a 97-run win over Bangladesh in the third ODI on Friday (May 28).

The win helped Sri Lanka get their first points in the ICC Cricket World Cup Super League, while table-toppers Bangladesh missed a chance to extend their lead to 20 points. However, Sri Lanka remain at the bottom of the 15-team table with eight points from six matches.

After electing to bat, Kusal Perera and opening partner Danushka Gunathilaka set the scoreboard running with a flurry of boundaries as they raced to 50/0 in 7 overs. Bangladesh skipper Tamim Iqbal used four bowlers in the first 10 overs, but was unable to stop the duo from scoring 77/0, the best opening powerplay total in the series.

The introduction of pacer Taskin Ahmed made a difference, as he broke the partnership of 82 by castling Gunathilaka with a good length delivery. Ahmed struck again in the 12th over when Pathum Nissanka edged his short-pitched ball to the keeper.

Kusal Mendis offered stable support as Perera reached his 15th ODI half-century in 44 balls. The pair added 69 in 80 balls for the third wicket before Ahmed dismissed Mendis for a catch at mid-off. Dhananjaya de Silva, who successfully reviewed an LBW decision against him, assisted Perera in reaching his sixth ODI century in 99 balls. Fortunately for Perera, he was dropped on 66, 79 and 99.

Perera and De Silva added 65 for the fourth wicket before Shoriful Islam brought an end to the Lanka skipper’s brilliant 120 from 122 balls (11x4, 1x6) in the 40th over. Sri Lanka struggled to accelerate as they scored 51 runs off the final nine overs and lost two wickets. De Silva, however, motored on to complete his fifty in Islam’s final over which also yielded 18 runs which took the visitors to a total of 286/6.

Bangladesh’s chase got off a torrid start as in-form pacer Dushmantha Chameera dismissed Mohammad Naim in the second over and then sent back Shakib Al Hasan in the fourth over with a short-pitched ball.

He then foxed Tamim with a slower ball in the 10th over which the southpaw nicked to the keeper. The Bangladesh skipper confidently went for a review thinking it was the sound of his bat hitting the ground and froze in disbelief when DRS ruled it as an edge.

In-form batsman Mushfiqur Rahim and Mosaddek Hossain looked to build a partnership, but disciplined bowling from Lanka stifled their scoring opportunities. The pair added 56 in 83 balls for the fourth wicket before debutant Ramesh Mendis forced Rahim to come out of his crease and loft it straight to De Silva at long-on.

Mosaddek (51 off 72 balls) and Mahmudullah (53 off 63 balls) resisted but ran out partners. Chameera returned for a second spell and ran through the tail, dismissing Mehidy Hasan Miraz and Taskin Ahmed for nought. The pacer finished with impressive figures of 9-1-16-5 and was adjudged Player Of The Match.

Mushfiqur, who scored 237 runs at an average of 79, won Player Of The Tournament.