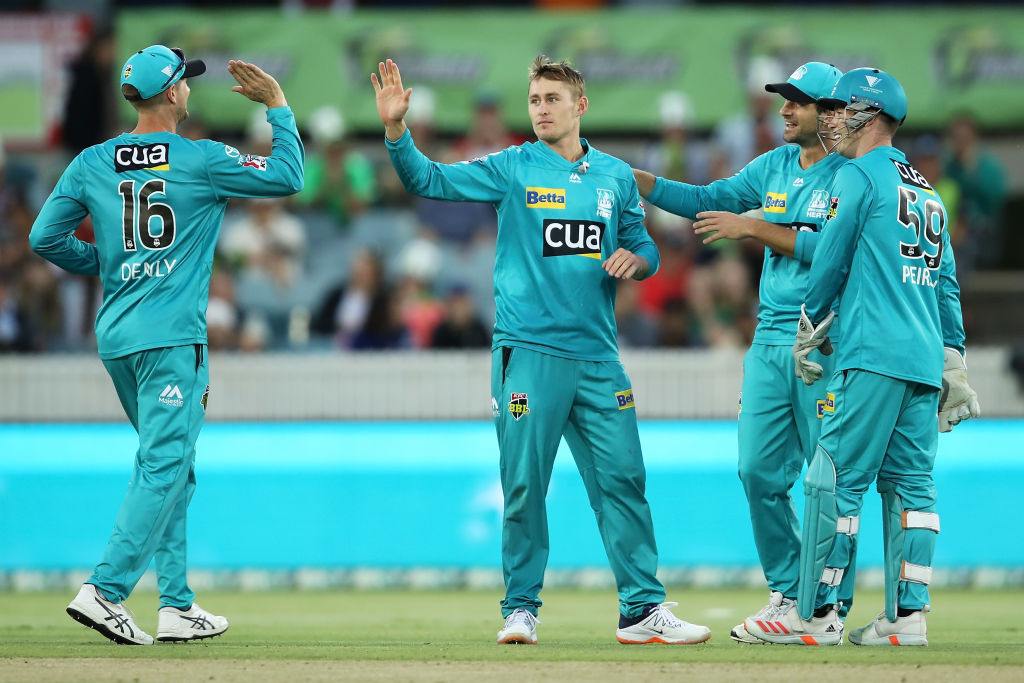 In the league stage of Big Bash League 10, Perth Scorchers finished second while Brisbane Heat were fourth. Hence, the Heat had to win two playoff matches to get to the Challenger contest. On the other hand, the Scorchers get a second shot at reaching the final after they were defeated by Sydney Sixers in the Qualifier.

The Scorchers have a slight edge when it comes to previous fixtures between the two teams in the BBL, having won eight out of 15 matches. In this season’s league stage matches, the Scorchers and Heat defeated each other once. 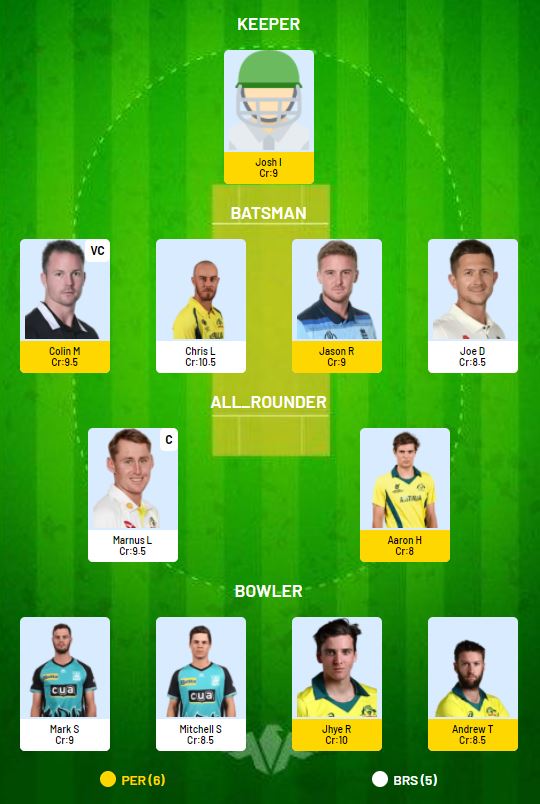 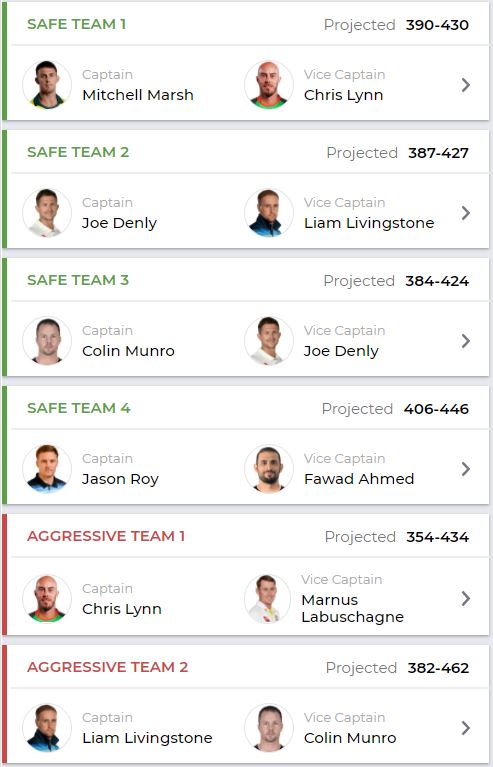 There have been 12 matches held at the Manuka Oval in Canberra this season and the average run-rate here has been 8.5, which is the second highest at any venue during BBL 10. The bowling strike rate here has been 20.2 which is on the higher side as well when compared to other grounds used regularly this season.

As we’ve seen in the last two playoff contests, this venue has been favourable to sides batting second. Teams chasing have won nine out of 12 games here this season. This is something you can take into consideration before making your team.

Interestingly, spinners have a better strike rate (19.8 vs 20.4), average (26.6 vs 28.9) and economy rate (8.1 vs 8.5) when compared to pacers at the Manuka Oval in this season’s BBL. But the fact that fast bowlers have bowled and taken over 60% of the overs and wickets respectively, we have gone with a pace-heavy bowling line-up.

Aaron Hardie hasn’t taken a wicket in his last six matches and Liam Livingstone has done well at times this season with the bat, but we had to select the former due to budget constraints. 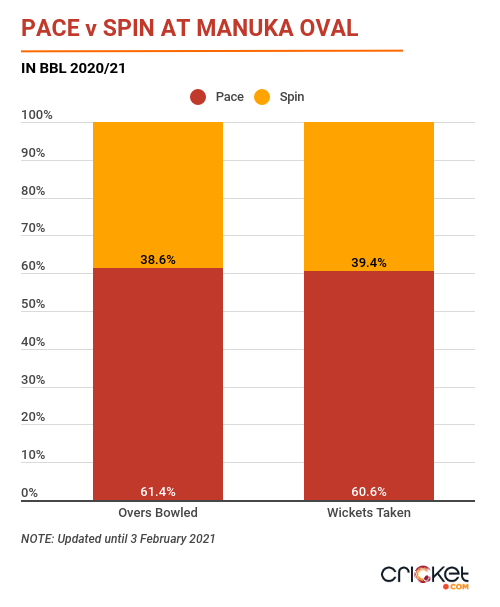 The Heat have tended to bring on Morne Morkel as an X-Factor substitute and if they do so again, you can expect him to bowl a lot during the second half of the Scorchers innings. This could see Morkel coming up against Mitchell Marsh, a player he has dismissed twice from just 10 deliveries in T20 cricket. Marsh has a batting strike rate of 250 against Morkel though.

Chris Lynn up against Jhye Richardson at the start of the Heat innings could be an enthralling contest and one that could have a huge say in the result of the game. So far, in T20 cricket, Lynn has scored 69 runs from 40 deliveries across seven innings against Richardson, while getting dismissed once.

Marnus Labuschagne is having a fabulous BBL season. While he came into the tournament without much experience in T20 cricket, his all-round performances have been key to the Heat’s form lately. In five innings, he has scored 161 runs at an average of 32.2. But what has been even more impressive and perhaps surprising to a few is his bowling – 10 wickets at a strike rate of 9.

Our Criclytics player projector predicts Labuschagne could score 12-35 runs in this match.

As the team’s top run-scorer, Colin Munro played a crucial role in the Scorchers finishing in the top two during the league stage. While he scored 30 against the Sixers in the Qualifier, it was far from enough to win the game for his side. In 14 innings this season, Munro has scored 441 runs at an average of 33.9. His highest score (82) in BBL 10 so far came in a league stage match against the Heat.

Chris Lynn didn’t quite get going in both the Eliminator and Knockout contests, getting out for 6 and 10 in those matches respectively. It must be noted though that those are two of only three scores of below 20 for him in the entire season. Hence, we’ve kept faith and picked him in our team despite his credits being 10.5. In BBL 10, he has scored 436 runs at an average of 36.3 in 12 innings.

Jhye Richardson did not take a wicket during the Qualifier against the Sixers. This was only the second time in 15 innings that he went wicketless this season and the impact was such that the Scorchers were convincingly defeated. Richardson has been quite sensational otherwise in BBL 10. He is currently the highest wicket-taker in the tournament, accounting for 27 dismissals at a strike rate of 12.1.