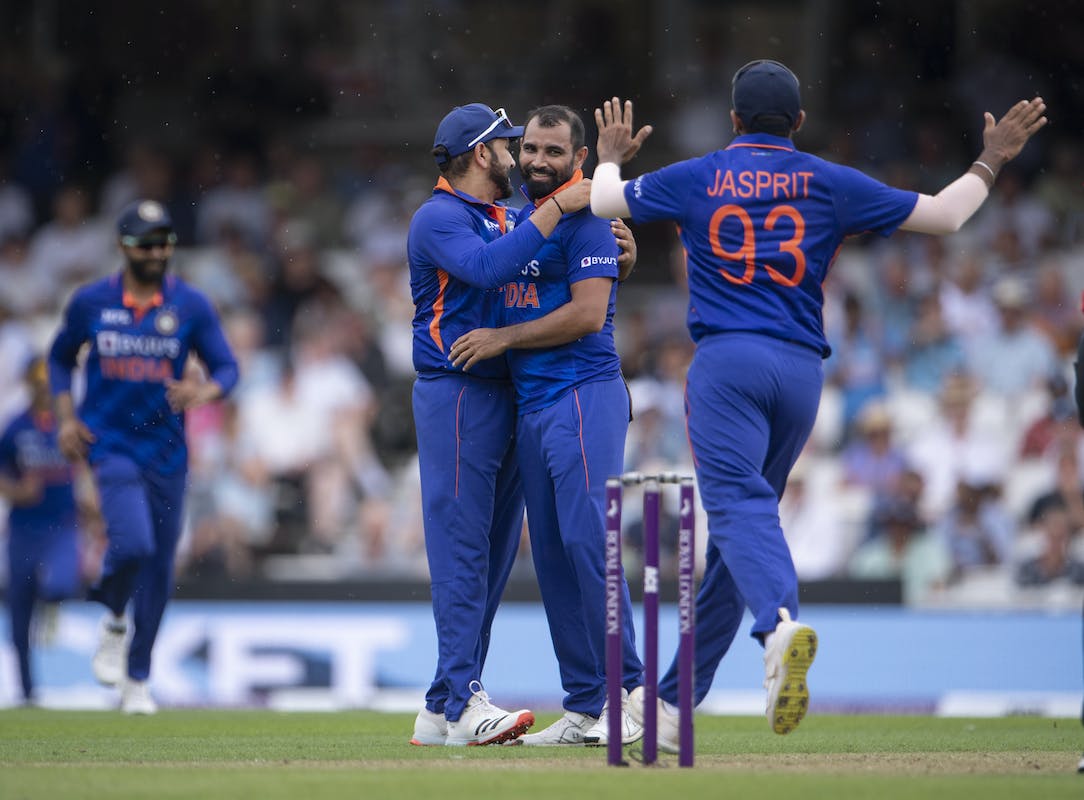 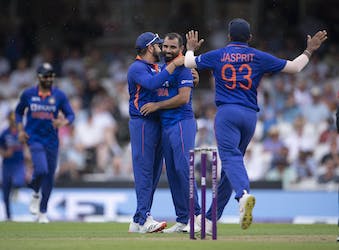 Ahead of the tie against Pakistan, India captain Rohit Sharma feels the inclusion of Mohammed Shami was the right choice following Jasprit Bumrah's injury as the pacer brings a lot of experience to the table. Bumrah was ruled out of the T20 World Cup after suffering a back injury, which is seen as a huge blow for India as they look to win their first T20 World Cup since 2007.

"Speaking of Shami, I think just speaking about him first, I think the guy has got so much experience playing for so many years for India and has played World Cup, as well, before. We all know the quality that he has," Rohit said in a press conference.

"When Bumrah got injured, we always wanted to have someone experienced in the lineup, and Shami was the right choice for us.

"Looking at what has happened with him in the last 20, 25 days, obviously he got COVID back home, had to miss the home series that we played leading up to the World Cup, but again, with the kind of experience that he has, we know that he will not be short of match practice.

"Obviously speaking of the game against Australia, that first warmup game, that was always the plan. We know he's very good with the new ball, so we just wanted to give him a bit of challenge to come and bowl at the death and see what he can do.

"Most importantly, his body was something that we had to look at because he just recovered from COVID, and we wanted to give him enough time, and we wanted to play him in the next warmup game full 20 overs, but unfortunately it was tough.

"We didn't get a chance to play him there, but in terms of preparation, I think he's very well prepared. He's been training with the team for a while now. He came to Brisbane quite early and had a few sessions with the entire team.

"In terms of his readiness, I think he is very much ready, and it's just about going out and now executing what Shami is known for."

Rohit also believes that the first round of the World Cup is proof that no team can be taken lightly in the tournament.

"In a World Cup, I don't think you can underestimate any team, as you've seen in the qualifiers, as well. You've just got to be coming on that particular day with very well-prepared thinking how you're going to beat that opposition and try and keep it simple really, not think about so many things because it can only add pressure, or it can confuse you a little bit," the India captain said

"I think the more you keep things simpler, easier for you to go and get the job done. That is what our focus has been and constant talk about how we can just relax ourselves a little bit and not worry about, oh, okay, nine years we have not won the ICC trophy and things like that.

Pakistan defeated India for the first time in a World Cup in the previous edition and also succumbed to a loss in the Asia Cup, ending their chances of progressing through to the final. Rohit however does not think that adds any extra pressure on the team.

"I don't want to use the word "pressure" because pressure is constant. It's not going to change ever. I would like to take this as a challenge. I want to use that word "challenge" a little more," Rohit, who will be leading India for the first time in a World Cup, said.

"This Pakistani team is a very challenging team. All the Pakistani teams that I've played from 2007 until 2022, they've been a good team.

"It's just that I believe on that particular day kind of a thing. On that particular day, if you're good enough, you'll beat any opposition, and on that day, you are good, you'll take the win and you'll go home. That is what has happened in the last so many years.

"Pakistan have been good in the last World Cup. They beat us. They were good in Asia Cup. We were good, too, but we won the first game and they won the second one.

"But unfortunately, we were out of the Asia Cup because the important games that we didn't win made us see out of the tournament.

"But yeah, look, they've been playing good cricket of late, and you know their brand of cricket. Luckily for us, we got to play them in Asia Cup twice, otherwise we don't play them at all.

"So it's very hard to gauge what sort of mindset they play with, and for those two games that we played in Asia Cup, obviously there were a few guys missing from their squad and from our squad, as well, so it's important to understand -- we've got to understand what is their strength, what is their weakness, so we've tried speaking about those kind of things."

After their tie against Pakistan at the MCG on Sunday (October 23), India will take on Netherlands, South Africa, Bangladesh and Zimbabwe in Group 2.