Players to wear jerseys with names and numbers from Ashes series

Players to wear jerseys with names and numbers from Ashes series

The move is expected to raise eyebrows amongst the cricketing fraternity

In a first in Test cricket, the upcoming Ashes series between England and Australia will see players donning the white flannels with their names and numbers embossed on them.

With the ICC giving green light to the proposal aimed at popularising the game’s traditional format, Virat Kohli and his men will also be wearing their numbers and names during the India-West Indies series.

While it is a departure for the game’s traditional format, the ODI and T20I jerseys have had numbers and names of players for a long time.

The England cricket team’s official Twitter handle posted a picture of skipper Joe Root, whose number is 66, with the caption ‘Names and numbers on the back of Test shirts!’

Earlier this year, there were reports that Test cricket would undergo a major change during the series between the sport’s oldest rivals.

The development left the cricket community divided. Many called the change positive while on the other hand, the purists did not quite like the idea of tinkering with the tradition and heritage attached to the format.

The English county sides as well as the Australian state teams playing the Sheffield Shield, though, are used to wearing whites with names and numbers on the back.

The five-match Test series will start on August 1 and prior to that, ODI world champions England will lock horns with neighbours Ireland in a one-off Test at Lord’s from Wednesday.

The Edgbaston in Birmingham will host the opening Ashes fixture. 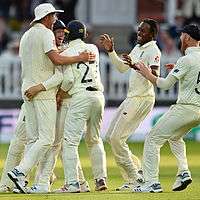 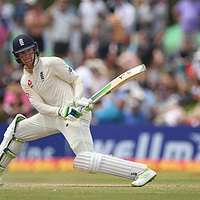