Playing Test cricket has made me a better person: Kohli 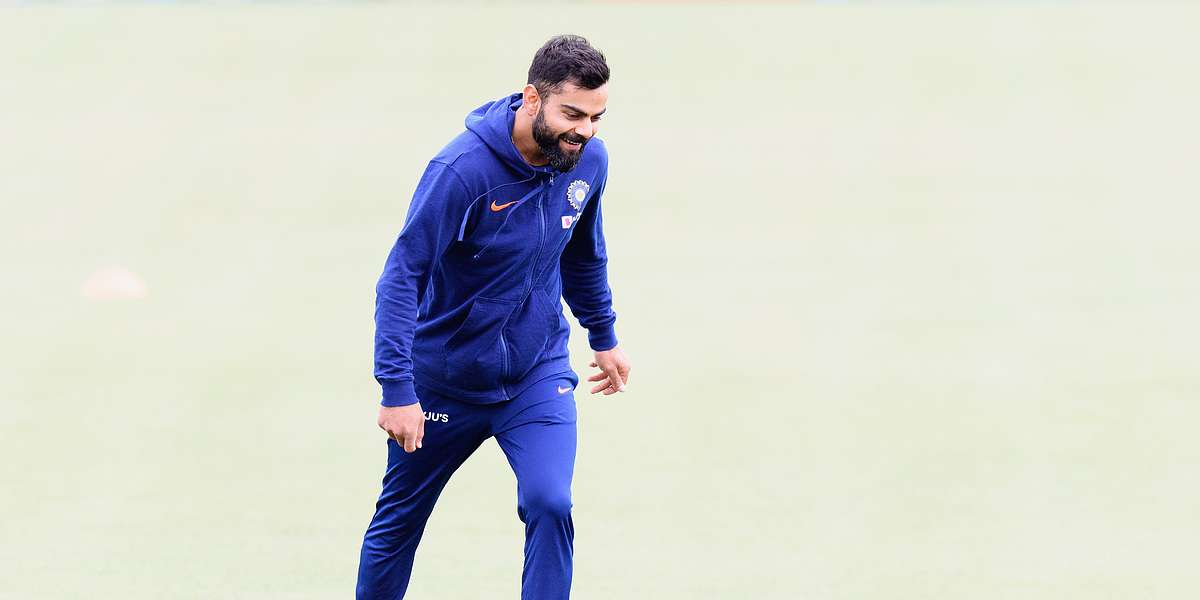 Playing Test cricket has made me a better person: Kohli

Show sense of unity, urges the superstar as India battles the coronavirus pandemic

India captain Virat Kohli on Thursday (2nd April) said he became a better person by playing Test cricket, calling the format a representation of life where one doesn't have the option of quitting when the going gets tough.

Speaking to former England batsman and IPL team-mate Kevin Pietersen during an Instagram live session, Kohli touched upon his passion for Test cricket, the worst phase of his career, how he turned into a vegan and how much he is filled with gratitude for being able to live a comfortable life during a global crisis like COVID-19.

"Because it is the representation of life. Whether you get runs or not, you have to clap when others are batting. You have to go back to your room, get up and come the next day.

"You have to follow the routine whether you like it or not. It's like life where you don't have the option of not competing. Test cricket has made me a better person," said world's premier batsman, who has 27 hundreds and 7240 runs in 86 games.

Pietersen, a superb Test batsman himself, lauded Kohli for trashing the idea of four-day Tests which the ICC has floated to pull in more crowds.

"I was called for a debate and I told them that if Virat Kohli doesn't want four day Tests, it's not happening," the former England captain said as Kohli had a hearty laugh.

Talking about becoming a better person, Kohli felt that he can count his blessings of having all the comforts in life at a time when the world is reeling under the havoc wreaked by the novel coronavirus.

"I am grateful God that I have a place to live at a time when people are struggling for jobs. You just want to sit back and reflect. You are filled with gratitude. We should never sit back and complain about what we don't have," he said.

His aggressive on-field demeanour has polarised opinions but the Indian skipper feels that for him, aggression is a form of enjoyment and then comes thinking about strategy.

"I don't think I need to behave myself just because I am the captain. I need to be able to enjoy and then comes strategy."

But there is one guy he will never sledge in his life and that is AB de Villiers, for the simple reason that there is just too much of respect.

"IPL has done a lot in terms of respecting each other. I would never ever be able to do it (seldging) with AB. There is a friendship that lasts much longer than all these things."

In fact, asked to choose two batsmen he enjoys batting with most, De Villiers is one of them along with former skipper Mahendra Singh Dhoni.

About turning vegetarian, Kohli spoke about how he developed a cervical spine problem during the 2018 tour of South Africa.

"I had literally no feel in my little fingers. It was also realised that I had an acidic stomach and the calcium was being pulled from the bones. I stopped eating meat and I never felt better. I can now play two Tests matches with little gap at 120 per cent intensity."

As he had said earlier, he would like to play all formats till 2023 and then take a call, he reiterated that the 2014 tour of England was the lowest point of his career when he felt that failure was inevitable.

"It was a phase where I felt that there was no chance of me getting any runs. I would get up and go to a match knowing that I will not get runs. To go through that feeling that you will fail demolished me.

"I promised never to let that happen to me again," he said with a message for all youngsters who want to be the next Virat Kohli.

The reason for the disaster in England was putting himself ahead of the team and being "obsessed about his own game and success" and not being able to shut out the voices who spoke about success in England being the ultimate Test of a cricketer.

"Don't be self centred," was his message to the youngsters.

A hero to millions, Kohli has his heroes too. One among them is Portuguese soccer star Cristiano Ronaldo, who he likes more than Lionel Messi.

"I love his work ethic and ability to deflect all the crap on the outside," he reasoned.

Kohli said dealing with the COVID-19 pandemic has been "difficult and intense" and urged people to show a "sense of unity" in country's battle against the unprecedented health crisis.

The pandemic has so far claimed 69 lives and infected over 2400 people in India.

"We are trying to get through. It has been difficult, intense," Kohli said on the ongoing lockdown.

India is currently under a three-week lockdown, enforced to contain the spread of the novel coronavirus.

"Our response has been quite good apart from a few people who haven't respected the guidelines laid out.

"If you are addressing a larger issue there needs to be a sense of unity. I think 80 percent here have taken it on board but those 20 percent can still be a huge issue.

"The spike is immense going into week three and four so I hope people just get some sense into them. There needs to be unity in dealing with this issue," the batting maestro appealed.

Kohli and his actress wife Anushka Sharma have never spent as much time together as they are now. He finds it "bizarre" that it is due to the pandemic.

"We have never been at one place for so long. It's bizarre. It's not a good thing to single out something like this as an opportunity to spend together. But it is what it is.

"We are being cautious and staying positive. If not for this, I'd be hanging out with you at Chinnaswamy stadium," he said.

The novel coronavirus, which originated in the Chinese city of Wuhan in Hubei province, has so far claimed nearly 50000 lives and infected more than 9.75 lakh people across the world. 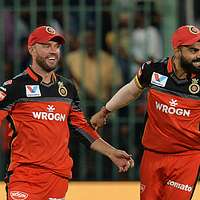 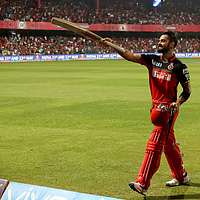 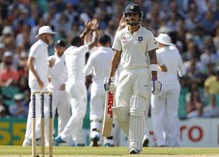