Pooran needs to pull his socks up before time runs out 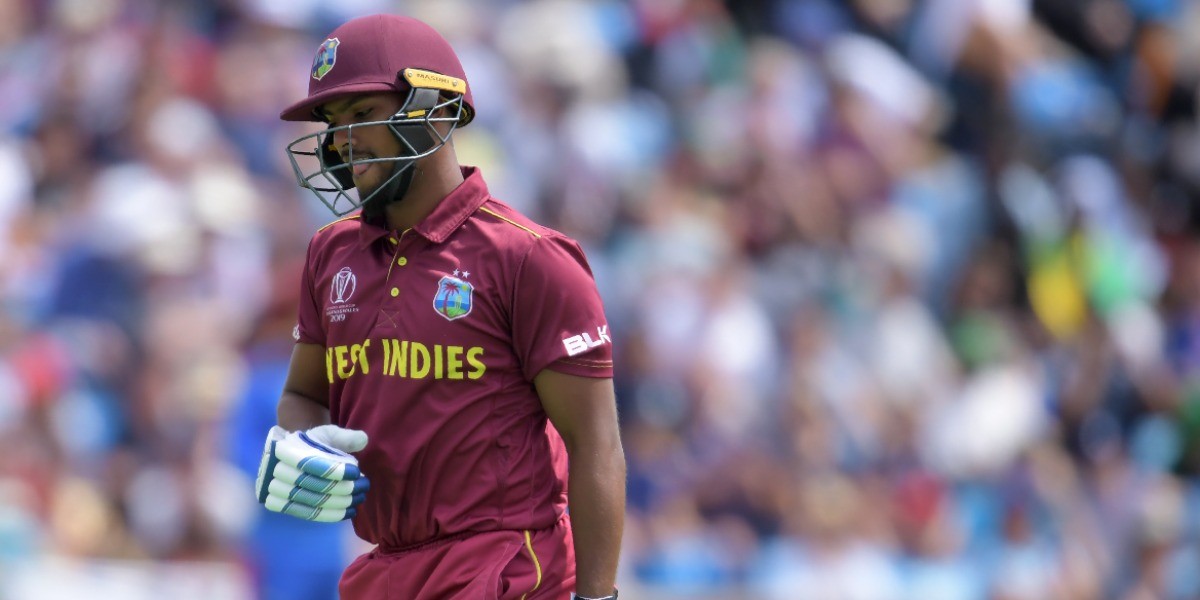 Pooran needs to pull his socks up before time runs out

After three great years in T20 cricket, 2021 has come up with a number of questions for Nicholas Pooran

A T20 batting order can be divided into three parts. The openers or the top-order including the number three set the tone of the innings. They have the luxury of field restrictions, pace on the ball and some time to bide on. There are finishers whose role is quite straightforward in most cases - to walk in and aim to clear the ropes. It is not an easy job to be consistent in but they have the leeway of going in for the big strokes from ball one.

Then there is the middle-order - numbers four and five. Probably the trickiest position to bat, these players have to sense the pulse of the game and act accordingly from the first ball. Their natural style of play takes a backseat. The field is spread out. They don’t always have pace on the ball to work with. They are facing the opposition’s best spinner. The run rate is bound to dip but they have to fight against all odds to keep up with it.

There are a few batsmen who have exhibited the skills to tackle these testing demands. One of the latest ones to do that has been Nicholas Pooran. 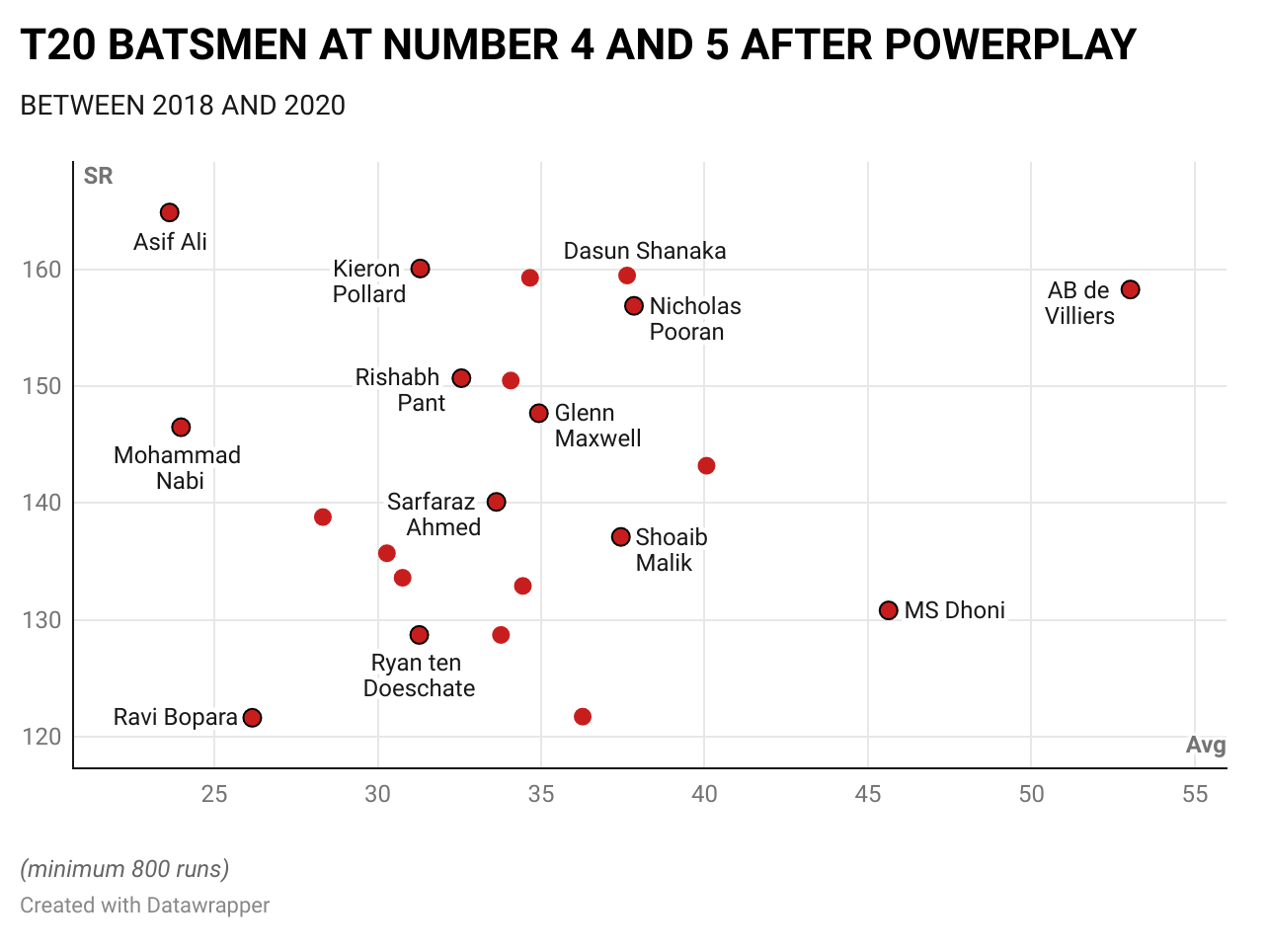 Pooran is the quintessential T20 middle-order batsman. Between 2018 and 2020, he scored at 132.1 at the start of his innings (first 10 balls) while batting at numbers four and five. Against spin, the strike rate goes up to 149.8. His 100 not out against Jamaica last year where he carried Guyana to their target from 24 for 2 in five overs vouched for his method behind the madness. Pooran has been in high demand in white-ball cricket of late and his numbers show why. However, there has been a massive dip in 2021. 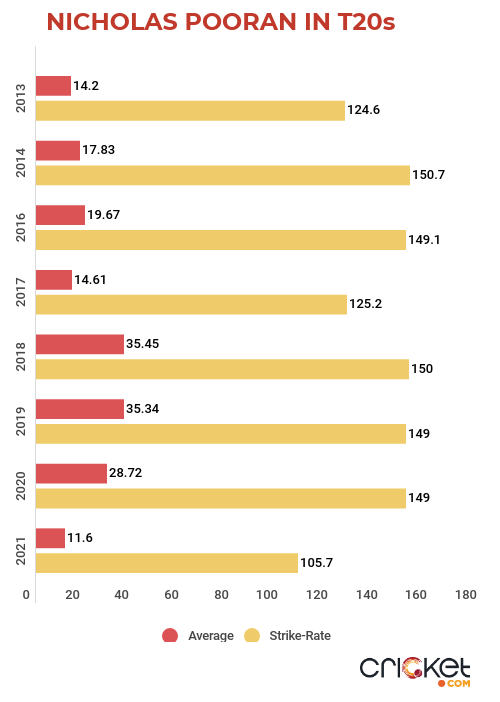 His average and strike rate of 11.6 and 105.7 are the least in a calendar year for him. After three good years, he should have been setting the bar higher but is going through an unprecedented slump. What has gone wrong with the swashbuckling left-hander?

11 out of his 16 dismissals this year have come against pace. The short or the back of a length ball has caused his undoing the most - subverting him six times. He averages only 4 runs per wicket against that length this year. 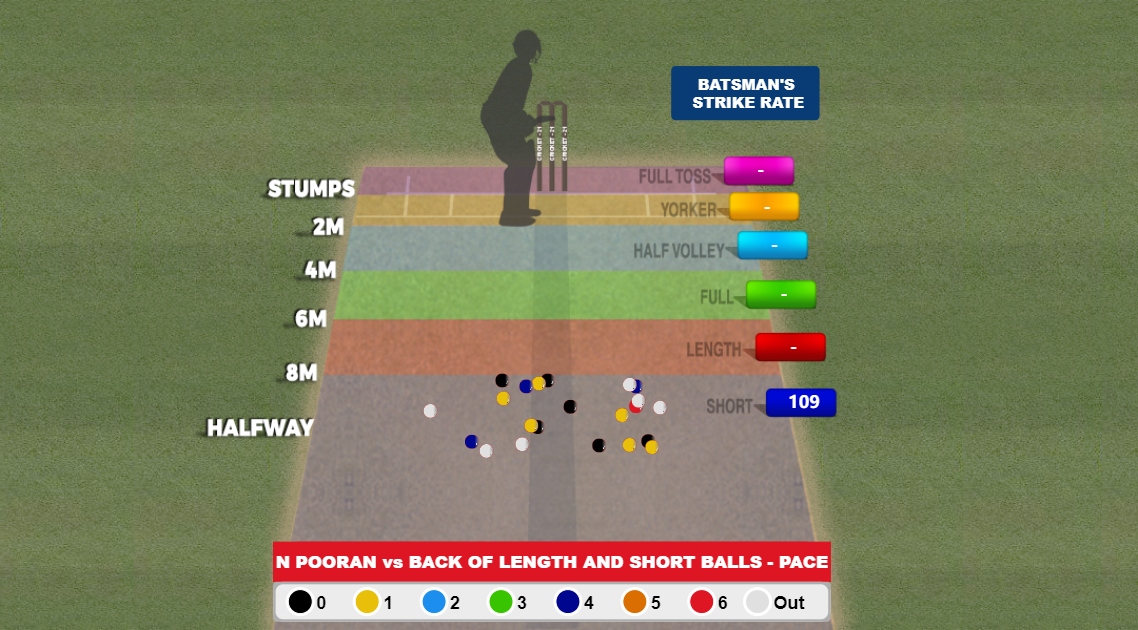 His average against spin is much better (24.5) but he has been unable to hit them (strike-rate of 101.3 this year), thus taking away the sheen from his batting. Pooran has faced 97 deliveries from spin this year. A heavy majority of them - 63.9% - have come in the eight T20Is in West Indies where the pitches have been slow lately.

In 2019 and 2020 combined, the average strike rate against spinners in T20Is in West Indies was recorded at 137.6. In the eight T20Is this year as yet, that has plummeted to 114.2. The struggle of the Caribbean batsmen against Tabraiz Shamsi and George Linde is a testament to how tough it has been to hit the spinners. At home, Pooran has a strike rate as low as 82.3.

Earlier this year, Pooran was going bonkers in the T10 league but when the IPL arrived, he scored only 28 runs from six innings in the suspended season. He had four ducks to his name and lost his place from the XI. The dismissals included a run out, getting caught off a harmless full toss in a bid to pump up the run-rate and miscuing a pull shot. It was a combination of bad luck, selfless play and some frailties coming into the limelight.

But Pooran has had little to hide in the ongoing T20I series against South Africa. He has managed only 71 runs off 68 balls in four innings despite getting some good opportunities. He has been troubled by the slowness of the track but instead of fighting through, he has given it away. He has a balls-per-dismissal ratio of 11, the 12th-worst amongst over 500 batsmen with more than 100 T20 runs this year.

The one time he tried to bat till the end, he could not take West Indies beyond the line. Pooran has never translated his potential in T20 internationals. An average of 19.3 alongside striking at 118.7 is mediocre for any batsman, let alone Pooran.

The way West Indies have proceeded in this series, it is a clear indication they are keen on trying different combinations and have their mind open for all possibilities - as observed from Jason Holder’s promotion to number three. With Pooran falling off the radar, one of those possibilities could be his ouster from West Indies’ T20 World Cup squad, which will be quite a tragic fate for a batsman of his talent.

A good thing for Pooran is that he still has time to prove his worth and West Indies have stuck by him. After the series decider against South Africa tonight, West Indies are in line for 10 more T20Is - five each against Australia and Pakistan. Pooran will then head to the remainder of the IPL in the UAE.

But the 25-year old needs to pull his socks up as time runs out fast in this format. Especially in West Indies cricket which is loaded with gun hitters, suited for this format. 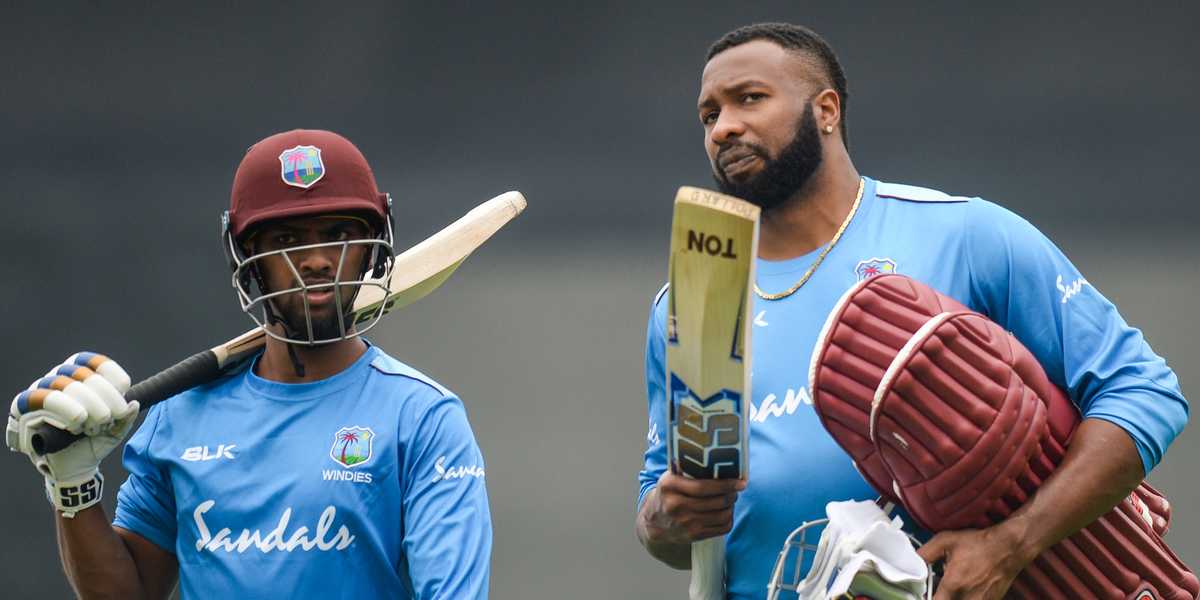