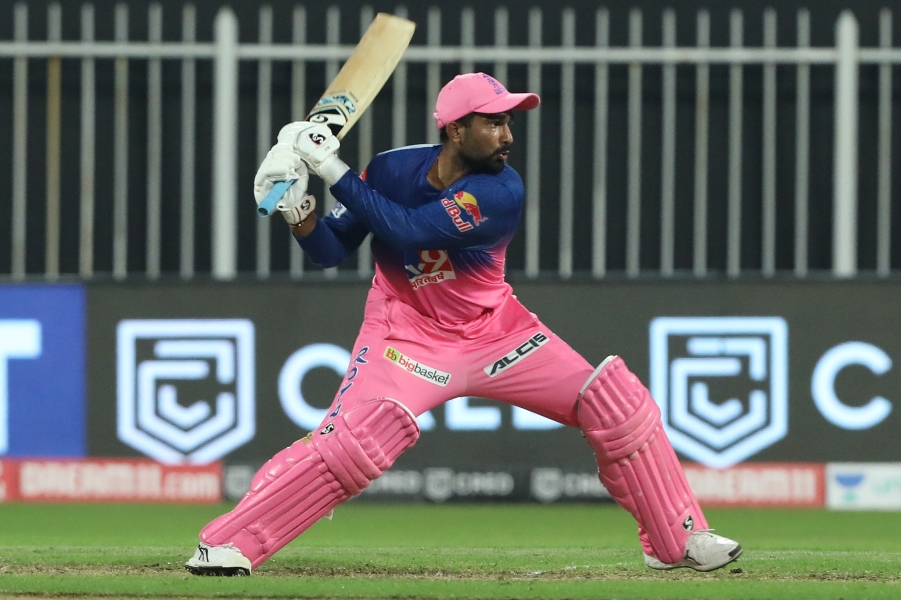 PTI
Presence of three international spinners in Haryana helped me: Tewatia
Tewatia belted five sixes in an over that helped RR record the highest ever IPL run chase

Fresh from playing one of IPL's most freakish innings, Rajasthan Royals all-rounder Rahul Tewatia on Tuesday said slogging it out alongside three India spinners in domestic circuit moulded him into a cricketer with an ability to do the unbelievable. Tewatia, having struggled for a better part of his innings, belted five sixes in an astonishing turnaround that culminated in an IPL record run chase by Rajasthan Royals against Kings XI Punjab on Sunday night.

At the receiving end of his brutal assault was Sheldon Cottrell. "I play for Haryana and made my Ranji Trophy debut in 2013-14. I played a lot in Lahli (in Rohtak) which favours medium pacers. The presence of three India international spinners in our team helped me a lot over the years," Tewatia said during a pre-match press conference.

While Yuzvendra Chahal is one of the national team's leading spinners in limited overs formats at the moment, Amit Mishra and Jayant Yadav have also represented India, and Tewatia has played domestic cricket with all of them at various stages. While he struggled to put bat to ball for a prolonged period as the pressure mounted, Tewatia "knew" it was just a matter of one good hit, a feeling, he said, his batting partner at the other end, the in-form Sanju Samson, as well as the team management shared.

"When I was not able to hit, I was under pressure, but Sanju told me that it's a matter of one hit and I was waiting for that one hit."

From 17 off 23 balls, Tewatia ended the night of his life at 53 off 31. Asked what his captain Steve Smith and coach Andrew McDonald had to say after his heroics, Tewatia said, "They told me, in this level coming back from where you were, requires mental toughness. There were always confident about my ability. "I was looking for one big hit, one big over and that came (when Cottrell came in to bowl the 18th over).

"I had the confidence that once I start hitting, I would be able to pull it off. I was looking for a game-changing over to close in on the target. He said the extraordinary win has changed the atmosphere of the dressing room.

Tewatia, 27, said he will be always always ready for any situation, any task, to help the team win games. The all-rounder, who was promoted to number four ahead of more established players against KXIP, said the team management has made it very clear to him that his job is to take on the bowlers.

"I was told to go and take on the bowlers, my role was clear from the beginning, from last one month. It was a chance to prove myself."