Pressure is a privilege at this point in my career: Karthik 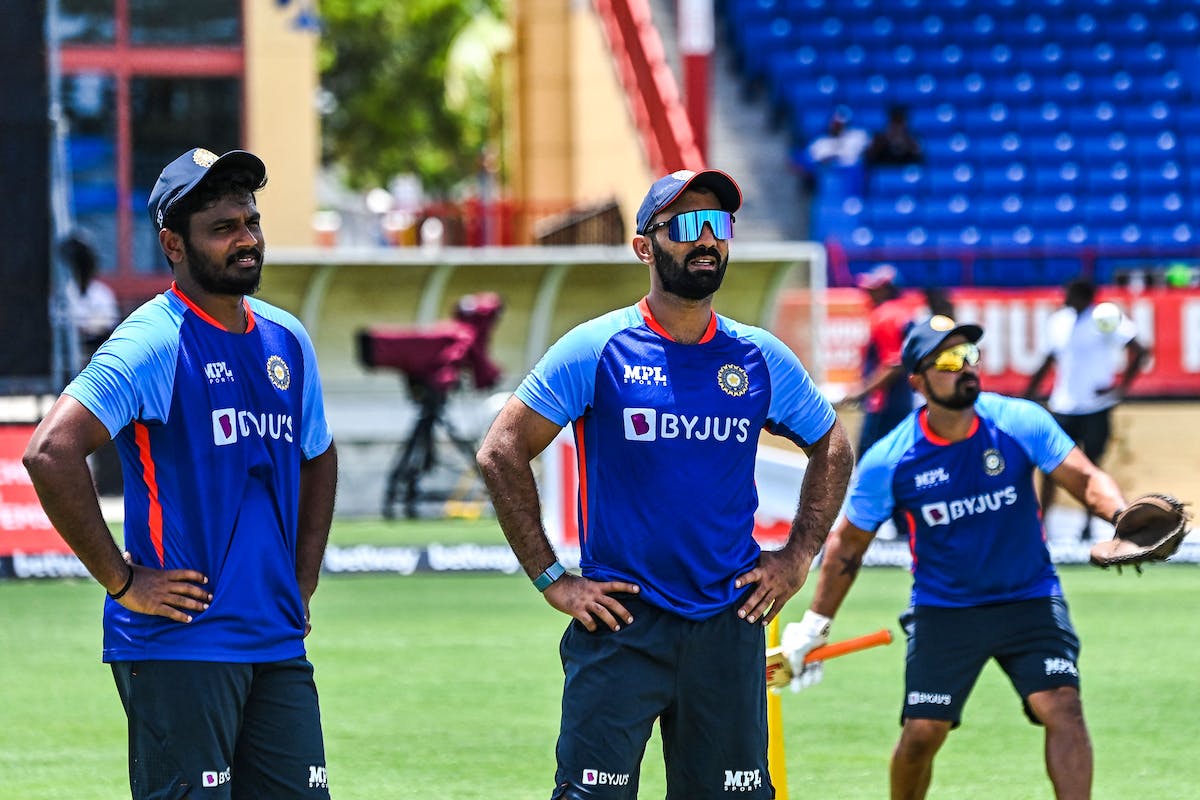 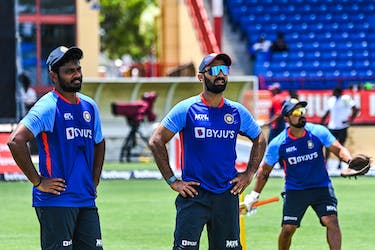 Pressure is a privilege at this point in my career: Karthik

Dinesh Karthik made his T20 debut way back in 2006 but the evolution of the game has been such that it guarantees no place to just experience. Karthik knows that first-hand, with the right-hander being in and out of the team. However, his consistent display in the 2022 IPL has given him a long-run in the Indian playing XI.

At the age of 37, the Tamil Nadu wicketkeeper-batter believes that “pressure is a privilege” and attested that it shows the level of cricket that he is playing at.

“Pressure is a privilege at this point in time. It is only given to when you are playing at the highest level. I’m happy with that but what is important is to give my best on a particular match-day,” Karthik said in the pre-match press conference.

Time and again, Karthik has stressed upon the importance of power-hitting. Ahead of the last two games in the US, the right-hander spoke on the backing from the management to execute his plans. 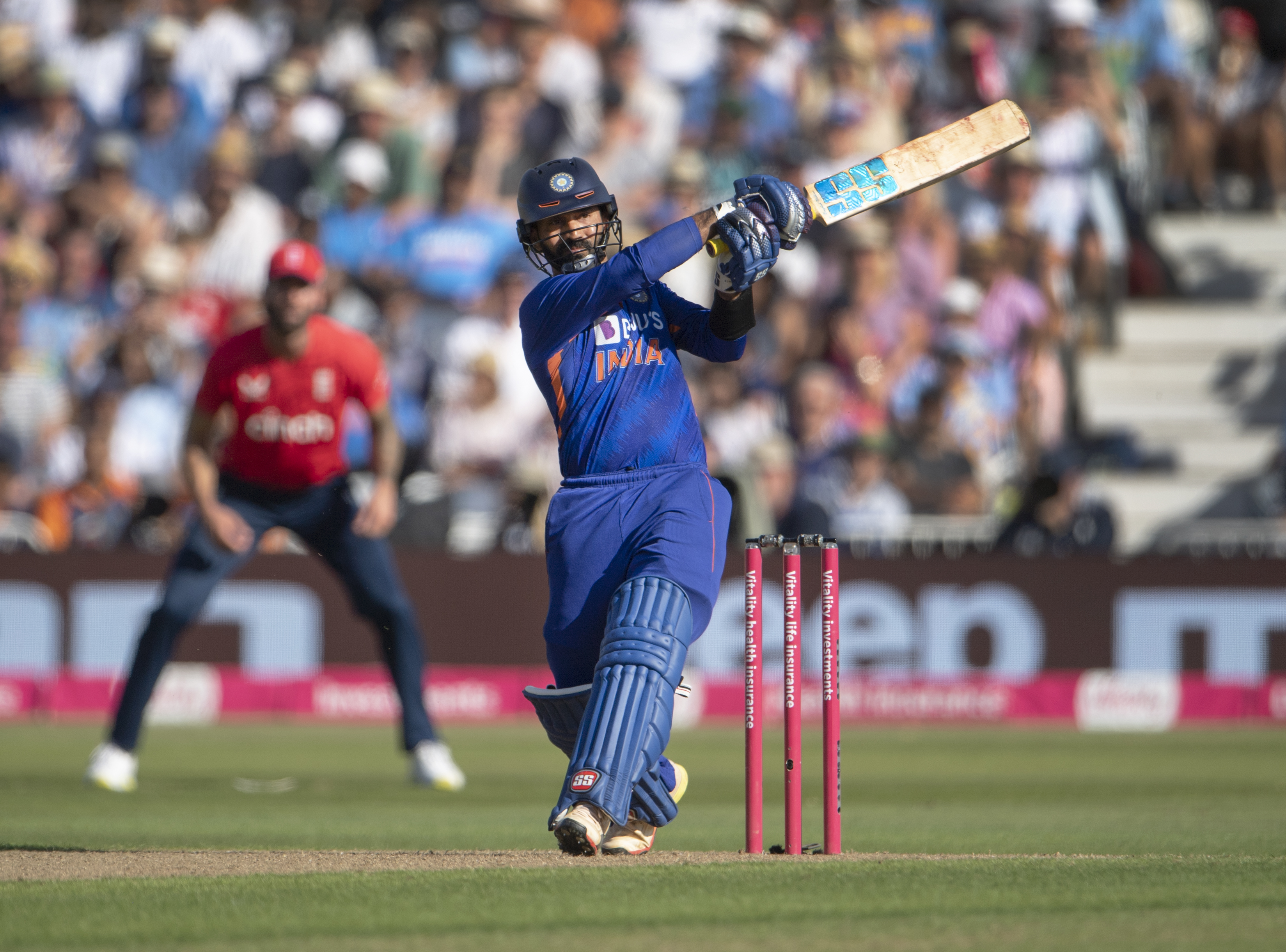 “Power-hitting is one thing I wish I had done earlier in my career. Extremely happy to get the backing from my management. It only is fair that I repay the backing with performances to help the team in many ways to cross the line. This is the one of the happiest I have been in an Indian dressing room, with the love and support from fans and the management,” he added.

It has been one tacky tour for the batters, given how incredibly tough run-making has been in the Caribbean. Karthik puts down his success at the death to acing many factors, including knowing the ins and outs of a venue plus the wind conditions that play a big factor in the say.

“Finisher role is one such that it is very hard to be consistent. But every time you get in, you should be able to make an impact, that is always my focus. There are so many factors that make it difficult, especially the wind in the Caribbean and the Miami. A lot of times, the wind dictates where the ball travels. On the other side, it helps you hit bigger sixes, the bowlers are also clever, it is a good challenge.”

India’s task at the World T20

Karthik might be one of the first names on the list for the squad to Australia but the 37-year-old attests that the relaxed dressing room atmosphere has helped the team. He also has insisted that ‘adaptability’ is one thing that has been talked about immensely in the dressing room. It was visible during the T20I series, where Suryakumar Yadav was sent in as an opener.

“It is very interesting, the T20 World Cup venues too will come with its own challenges. Playing at different venues with differing challenges always helps. The one thing that Rohit and Rahul (Dravid) bhai have talked in the dressing room has been adaptability, understanding the situation and we have done that pretty well so far.”

Presenting @ashwinravi99 & @DineshKarthik from Trinidad as the duo talk about each others' career, dressing room atmosphere & the upcoming T20 World Cup. 👍 👍 - By @28anand

“One of the best environments that I have been in a team environment. Players are not judged on an everyday basis. They are given an opportunity to fail, that is very important. In India, there are so many players, general tendency is to swap players when they fail. However, this coaching staff (Rathour, Mhambrey and Dravid) have backed the players and have had the right conversations with the players. The current Indian team is maximizing the talent, which is very important.”

Ahead of the US leg, the veteran stressed on the team adapting to the conditions, which he believes would help the team to close the series out.

“Ideally, we would like to close out the series with a win. We want to adapt well in Miami, to understand the conditions and the situation, something that we didn’t do in St. Kitts.”

India’s rich-talent pool has been widely talked about and Karthik weighed in on the same topic, calling it incredibly hard for the 20-25 players to miss out from being in the squad to Australia.

“India have the potential to put out two-three teams. To get just 15 players playing, there are going to be at least 20-25 players, who are going to miss out. We are trying really hard; our efforts are good. We as players, will do everything to make India proud.”

“Our aim is to build to the World T20 (Australia) but our first step will always be to do well in the Asia Cup, given that is the lead-up to the event.”